Since East Berlin became a little more proto-freelanced once I decided to add non-prototype structures from my friend Bill Maguire (not to mention due to the lack of prototype photos of the area), I figured I'd just use an old RDA station kit (it's "New Haven" - but New Haven, VT!) for the station building there. This decision was made even easier by the lack of photos of the East Berlin station during my era. 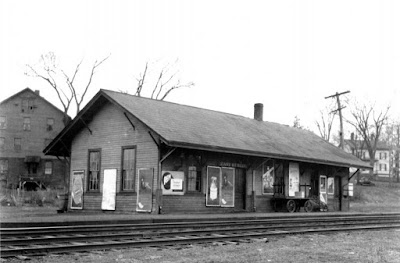 Well, that changed when I actually found some photos of the station. And, being mugged by the prototype, I couldn't unsee them. Thankfully, my friend Dave was looking for another structure project, so I sent him copies of the photos I'd found as well as footprint dimensions and he was off to the races. 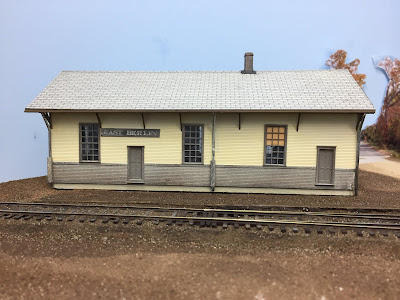 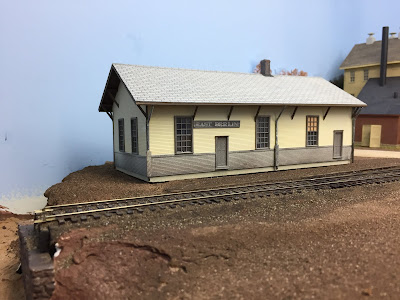 I had to extend the riverbank a little to the left to allow enough room for the prototype-length, but I think you'll agree it was more than worth it.

All I have to do is lower it into the scenery (you'll see it's sitting up a bit) and weather it pretty heavily. As far as I've been able to find out, by the late-'40s this station would have been out of service. So it should probably look a bit more like the Rocky Hill station, which was in the same situation at the time: 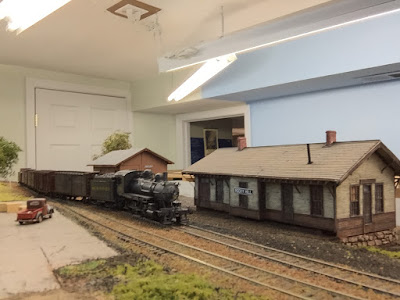 But thanks to Dave, it's onsite and completes the structure requirements at East Berlin! Heh - so now there's even less excuse to keep going with the scenery, not to mention finally doing the backdrop that needs to go behind the station.

All in good time though. For now, I'm just enjoying seeing the end of the Berlin Branch coming together so nicely. Thanks Dave!! 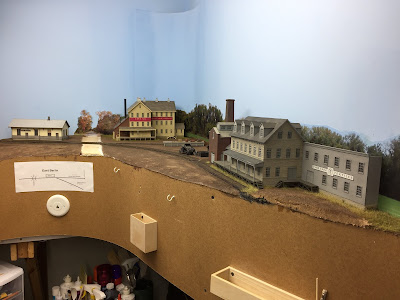