Since my last post about doing scenery in East Berlin, there have only been two developments - one major, and one minor.

The "minor" development is that I've added a coal yard next to the power plant at the building-soon-to-be-Stanley-Chemical. I'm still working on it, so not quite ready to report much on it yet.

The "major" development is that Dave Messer sent me the model he did of the East Berlin station(!). I'll do a proper post about that soon (with pics), so stay tuned.

Additional news about those developments will have to wait for now, because today I got to visit - and operate on - a layout I've been admiring for a long time. And in the process, got a HUGE dose of scenery inspiration and ideas to try on my own layout.

If you've been 'round these parts for a while, you know I tend to gravitate toward layouts that depict the "smaller" side of railroading - the short lines, the branch lines, the secondary routes. Jim Dufour's Cheshire Branch and Kip Grant's Sonnyvale Branch are two great examples, just to name a couple I've had the privilege of seeing in person.

Well, now I can add Ken Karlewicz' Cherry Valley Branch to my list of favorites. Ken's beautiful layout has been in the hobby press a lot lately, from his "Perspective" article in this month's Railroad Model Craftsman, to being featured on the cover of this year's Model Railroad Planning magazine. I'll leave it to those magazines - and others - to describe the layout in detail, but suffice it to say here that Ken has really nailed the look & feel of the D&H in upstate New York. Everything looks right and more than anything else gives you - to use Ken's words - "a sense of place."

While I and other "prototype modelers" do everything we can to depict our prototypes as accurately as possible, I fear that sometimes we can miss that certain je ne sais quoi* that really captures and conveys our prototype realistically. Sometimes, in the pursuit of being technically "correct," we lose the essence of what we're modeling. Worse yet - at least in my case - being "correct" sometimes becomes so difficult it actually stops our progress. Or am I the only one to never get around to modeling a certain building or putting in a backdrop because the photos don't exist?....

But Ken has mastered the "Art" of railroad modeling. The scenes he depicts and the lines he models may not be "correct" in the sense of being a perfect rendition of actual places, but every place he shows through his models convey the sense of the actual places. And that, in some ways, is even more powerful - and, dare I say, "correct" than the perfect copy.

Really good fiction can speak to you and hit you in ways that the best non-fiction can't.

So, in that spirit, I'll close by sharing a selection of the photos I took on the Cherry Valley Branch today. They come nowhere close to doing the layout justice. There are no captions or descriptions of what you're seeing. But if you're familiar with Ken's work, you know these places already. If not, the beauty of his art speaks for itself. 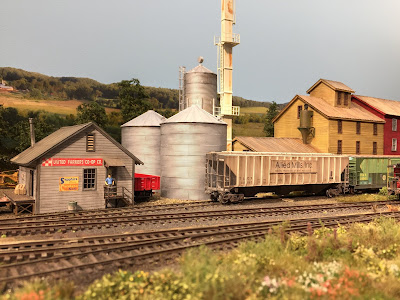 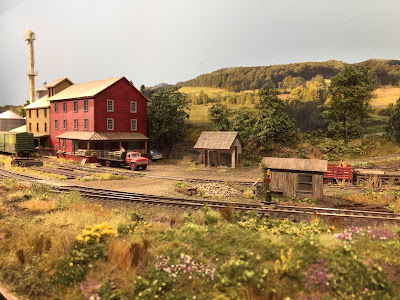 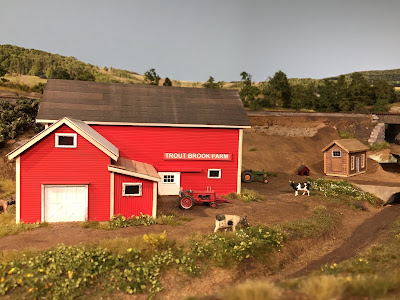 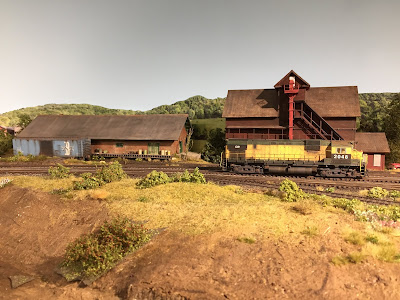 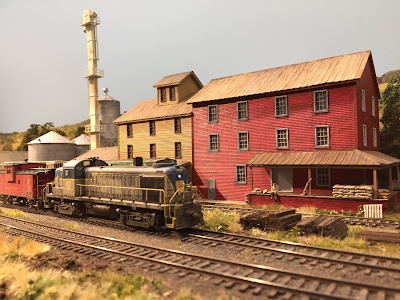 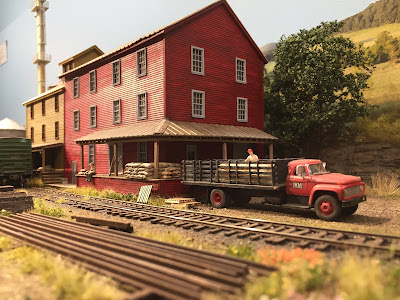 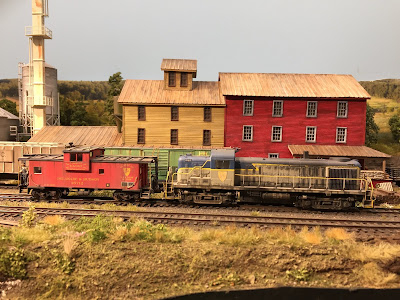 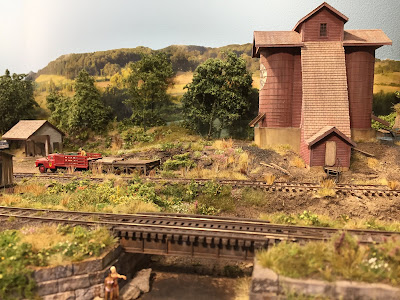 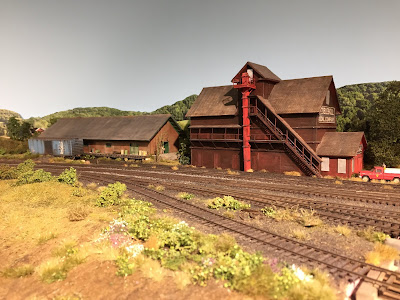 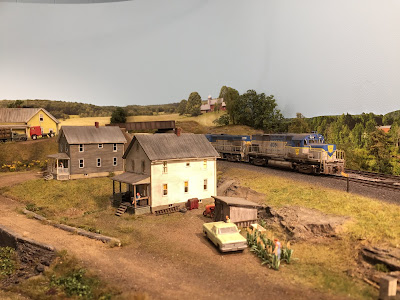 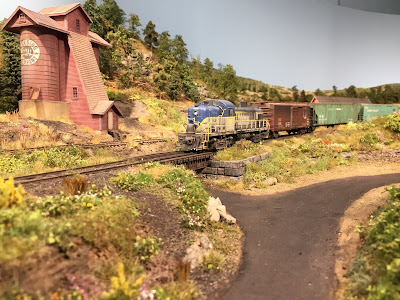 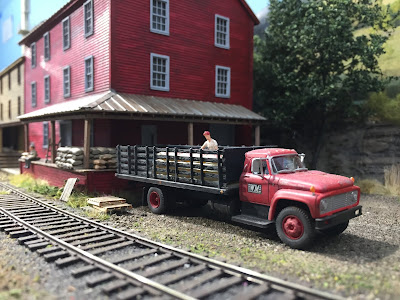 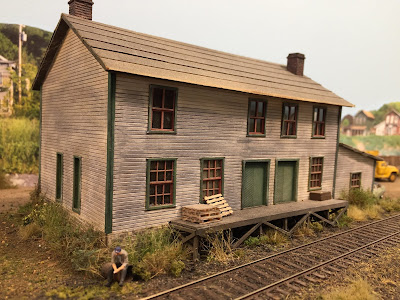 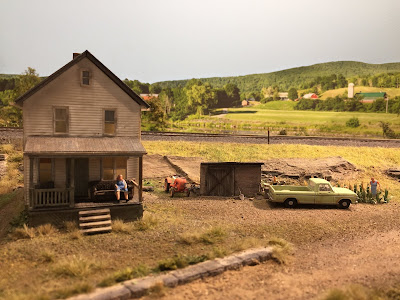 *It's a testament to Ken's influence that I actually felt it necessary to use the French. It just sounded so much more "arty" :^)
Thanks to Ken, Tim, John, Jim, Mike, and Dave for such a great day - hope to get to operate with you all again sometime soon!

* * *
If you want to receive notifications of new blog posts by email, be sure to submit your email address in the upper-left corner of this page. Thanks!
Posted by Chris Adams at 6:48 PM