This is going to come in especially handy if my first bike race gets canceled this Sunday.  I have a lot of hills to cover, and not with my bike.

I've made some more progress on the layout, thanks to help from Roman and Bill.  Hope to post some pics soon.  (It's even more of a) Happy Friday (now)!!
Posted by Chris Adams at 11:55 AM No comments: 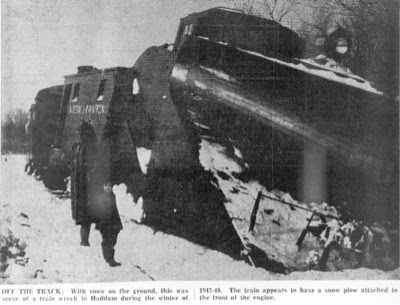 Posted by Chris Adams at 4:26 AM No comments:

Well, things have been happening on the Valley Line lately, the latest flurry of activity starting this past Saturday and continuing today.  But, before what turned out to be a 1.5 month hiatus, I actually got some major progress done at the south end of Wethersfield, in the Goff Brook area of the layout.  Like most progress lately, it happened "with a little help from my friends" - actually, a lot.  In fact, if it hadn't have been for Pieter and Roman, I don't know if I'd have ever made that first cut in the mainline track.  I'll let the photos do the heavy lifting of telling the story, but you may want to refresh your memory of the prototype as you follow along (and, as always, you can click on the pic for a larger image)...


While Roman and I were working on the subroadbed, river support, etc., Pieter was in the other room with this photo: 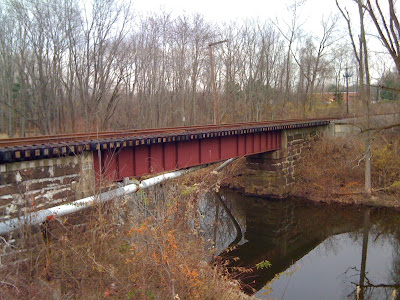 And trying to recreate the distinctive abutments with some scrap stone wall castings and - wait for it - pink styrofoam.  Here's what he came up with:


So, with the Goff Brook railroad bridge done - or at least "ready to be 'done'" - I had to figure out how to complete the scene, the terrain, etc.  But, mainly, I had - and have still - to turn my attention to the Goff Brook road bridge.  I still don't have a photo of what it looked like in the late 1940s (see previous post), but I may just end up using something that looks "right" for the area until a photo turns up - if one ever does. And, at the Springfield show, Pieter talked me into buying suggested I consider a bridge kit from Sylvan Scale Models.  It looks pretty good to me.  Unfortunately, as much as it is a blessing to have John Wallace around to consult, with all his vast knowledge of the area, if there's a "curse" to having him around it's that he has a vast knowledge of the area.  "That bridge doesn't look at all like what was there," he told me when he saw it.  Oh well.  I'll keep looking for a photo.

In the meantime, at least one of the two Goff Brook Bridges have been installed - and, thanks to Roman & Pieter, I think it looks pretty great.
Posted by Chris Adams at 7:04 PM 4 comments:

That's how long it's been since I worked on the layout - and it's WINTER for Pete's sake! And I've had SNOW DAYS! Sigh. No great excuses - just the usual ones of "too busy at work", "too much going on", blah blah blah.

Well, finally, today, with help (and not a little added motivation) from my friend Roman, I Worked On The Layout.

We cut a LOT of cardboard strips... 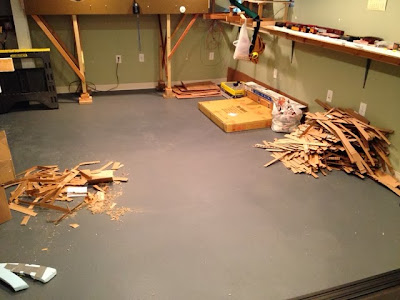 And we installed the (last of the) bus (yay!) and mainline feeders (double yay!)... 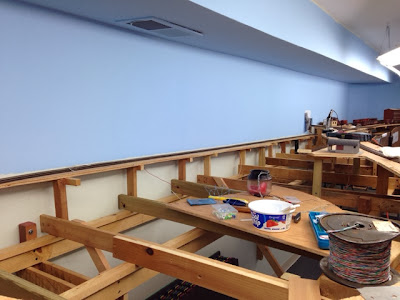 Ok, nothing sexy, but it had to be done.

Best part of all, though, was that even this little bit of progress has energized me to keep going. So hopefully I'll have even more progress to show soon.

But first, I may need to clean up a bit. Ugh. 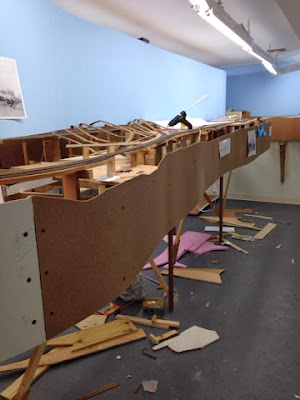 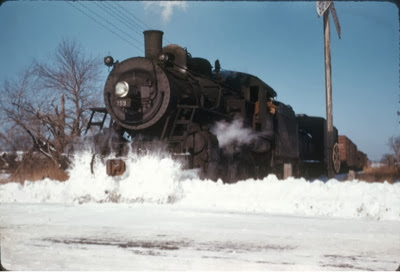 Posted by Chris Adams at 8:03 PM No comments: