No matter how good you are at designing your layout on paper (whether actual or virtual), you'll always need to make minor - and sometimes major - adjustments when you actually get around to building it. It never fails - when you convert something from 2D to 3D it seldom fits precisely as you thought it would.

Or maybe that's just me.

One very important aid in building a layout is buildings - having the actual structures you'll be using in place so you know how best to fit them along with the track. But we seldom have our structures done before - or even while - track is laid. And lord knows we don't want to put off building our layout while we take time to build structures.

So you need structures to figure track placement - or even just to "see" a particular scene better in your mind, but you don't want to take the time to build the structure. What do you do? You do a mockup.

A mockup can be as simple as a small box, a coffee can, or even a toilet paper roll - anything to give you a sense of how things will ultimately look. My mockups tend to be a little more involved, and I've talked about how I do them here, here and here. As with those structures, I needed the station in Saybrook to confirm its placement. So here's how I went about it... 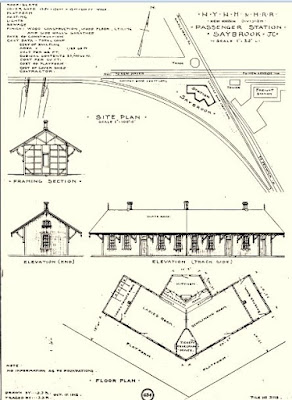 Of course, it helps if you have a plan - not just a plan of attack, but the actual building plans. Fortunately, there's one available for the Old Saybrook station (I got my copy from the NHRHTA); unfortunately, it's not totally accurate. But it's a start. 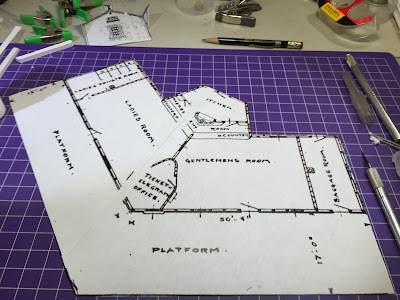 The footprint the plan provided was especially helpful. I scaled it to be accurate for HO scale, then printed it out and put it on the layout. Knowing the structure's footprint (including - for a passenger station - the platform) was critical to laying the balloon track behind the station. I had to know the station (including platform) would fit between that track and the mainline. 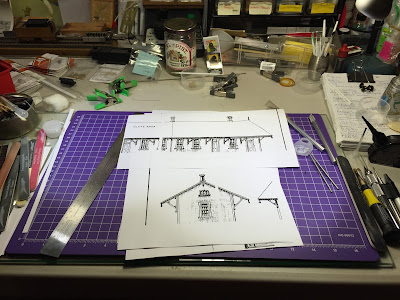 Next, I enlarged the wall sections to full HO scale size. I noticed right away that the walls "faded" toward the bottom - the diagrams for some reason don't include the full wall, except on the diagram showing the wall framing. So I took my measurements off that. 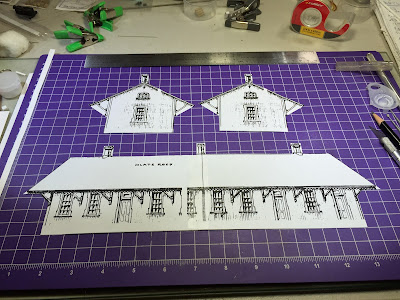 Next step was a simple matter of cutting out the parts. The rear walls (including the bump out section in the back for the kitchen) weren't included, but I didn't mind skipping them entirely since that side faces away from the viewer anyway. And it's only a mockup... 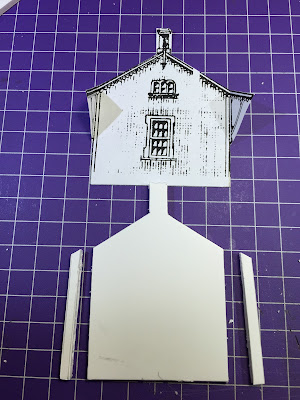 I used the cutouts of the walls as templates for cutting the foam core. As you can see above, I initially forgot to account for the thickness of the foam core on the long walls. Since I wanted the short/end walls to fit inside the long walls, I cut a foam-core-thick slice off each side of the end wall, as above. 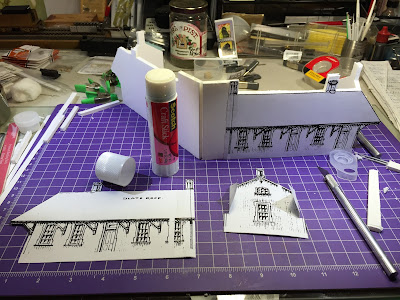 And here's where I ran into another problem with the plans. Inexplicably, while the footprint shows each long (track-facing) wall as 50'4" long, the long walls on the plans are only about 40' long. That's why you see that "blank wall" space at the corner above - that's where I added the extra length to match the footprint. 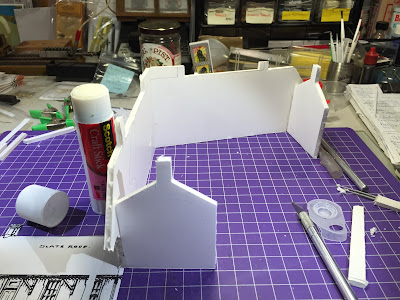 I used hot glue to attach the end walls to the long walls, and I just scored and hinged the foam core between the two long walls at the corner of the building. As you can see, I'm just leaving the back open and the roof off. This will still give me some sense of the size of the eventual model. 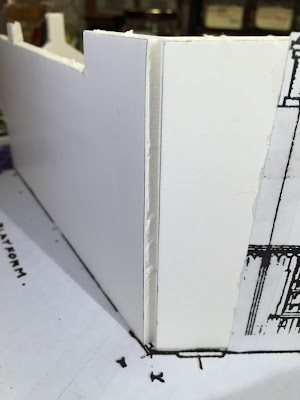 Close-up of the corner of the building - foam core scored and hinged - which created another problem... 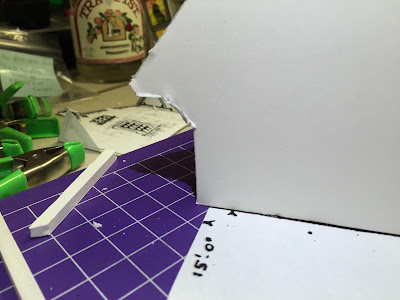 Since the walls are hinged at the corner rather than mitered, the end of one wall ends up extending past the footprint - as above. Interestingly, the distance is equal to the thickness of the foam core - but for mockup purposes, I'm not going to worry about it. 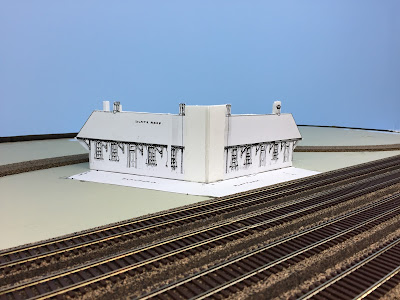 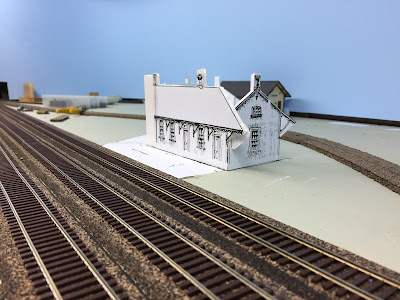 As a mockup, it serves its purpose:

And - BONUS! - it allows me to do things like this much more quickly... 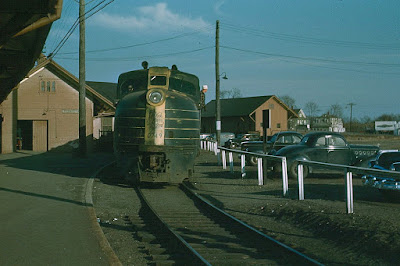 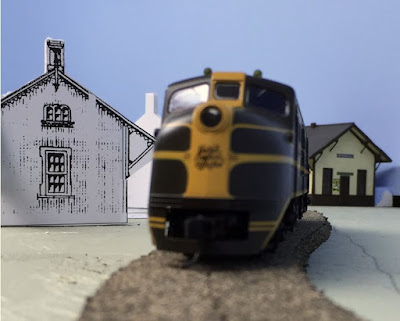 After all, being able to replicate old scenes from the Valley Line and its environs is what this project is all about.
Posted by Chris Adams at 11:26 AM