I only have one photo of Wethersfield Lumber, and it's just a blow-up portion from a much larger aerial. You can't see much, but it's better than nothing - and confirmed that the Walther's Walton Lumber Co. kit will provide a good stand-in, at least until I get better photos.

But before plunking down $55 for a kit, I figured I'd make a mockup of the main building. Walthers provides the overall dimensions, so it was just a matter of measuring out the matboard, cutting & gluing:


After doing Wethersfield Lumber, I installed a mockup of Rocky Hill station that Dick did and the Rocky Hill freight house that Roman did. You can see them here in place, temporarily propped up on the bank of the CT River, just like the prototype: 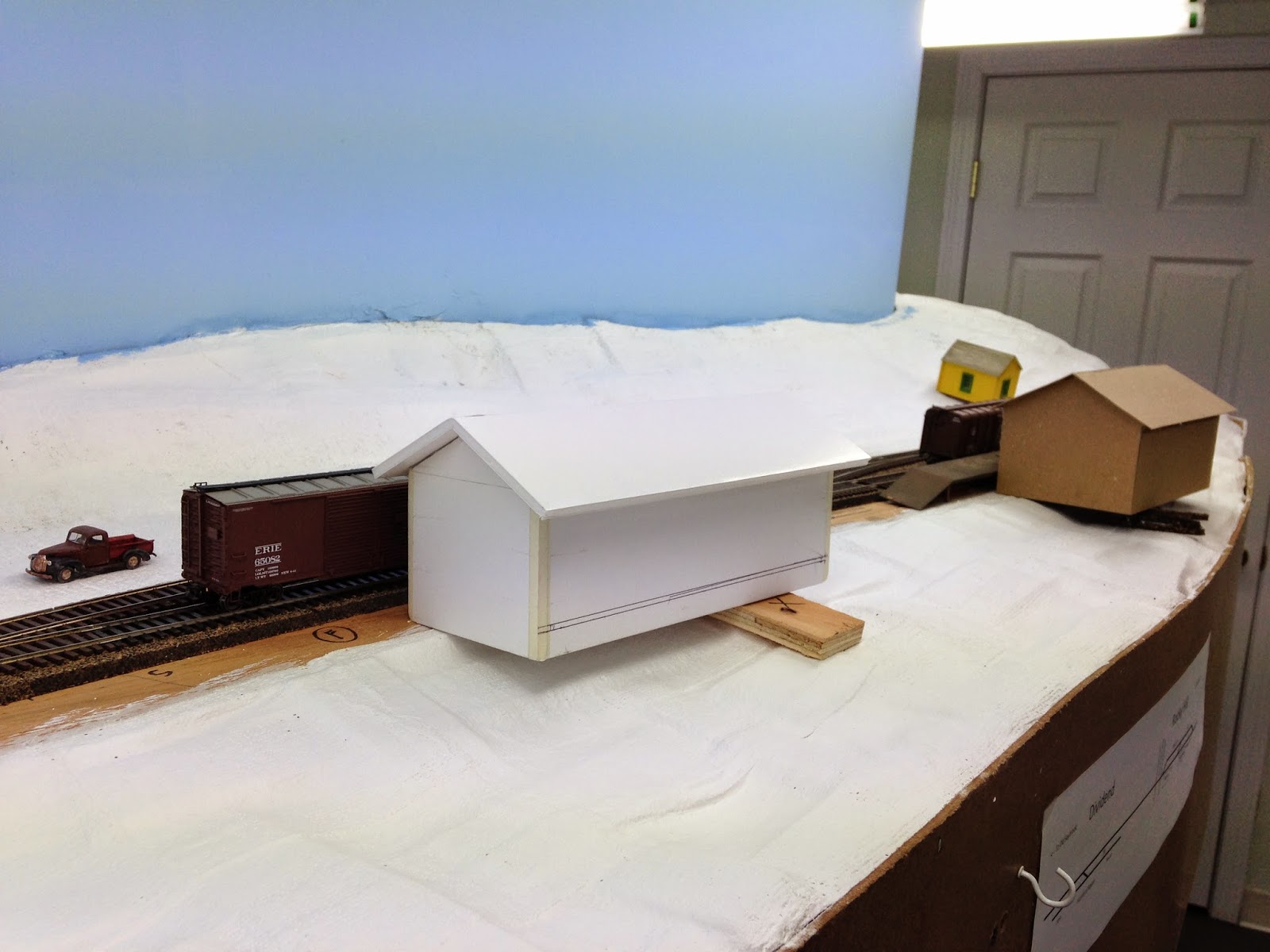 Here's a shot looking south toward the freighthouse and station....
Which I include primarily because it has (hopefully) more than a passing resemblance to this prototype photo:

If you haven't yet, I hope you'll try doing some structure mockups for your layout. They're really quick and a great source of modeling motivation - and you can start seeing right away how your layout will eventually look.
Posted by Chris Adams at 7:16 AM