When 3/4" makes a difference

I've been obsessing a little about the terrain and topography in Wethersfield - how, because of the way I constructed things, there is a slope where there shouldn't be a slope. Wethersfield is generally pretty flat but my layout – at least so far – isn't so flat.

This is primarily because of the way my backdrop and fascia turned out. As you can see in my previous post here. 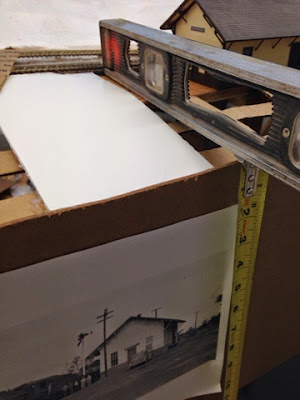 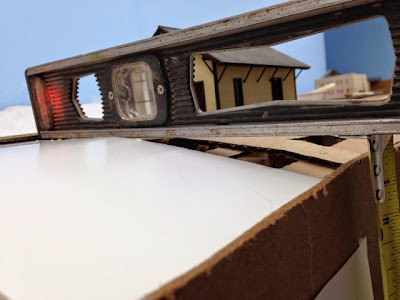 Now that may not seem like a lot, and in the pictures perhaps you don't really get the full effect. But in this photograph you'll see what I mean: 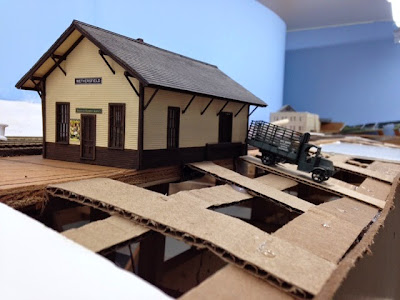 That's quite a slope - especially when you compare it to the prototype here:

This is a really iconic scene for Wethersfield and in fact for much of the layout. So I really want it to be as correct as possible.

So, I'm contemplating redoing the fascia somehow and after discussing things with Randy and Roman last Thursday I am seriously considering just laminating another piece of fascia over top of this one and bringing things up to level.

Fortunately, with benchwork you only have to do things once and you want them to be done right. Well, I guess you only need to do things twice(!) but then at least I should be really done and I think it will look a lot better.

Stay tuned to see how it turns out!
Posted by Chris Adams at 3:05 PM