I've finally started to catch up a bit on some model railroad blogs and Trevor Marshall's blog is certainly one of my favorites.  Way back on May 5th, he did a post on the Employee Timetable he created for his layout and, since I want to create an ETT myself at some point, I've already bookmarked his ideas.  I highly recommend reading his post if you want to create a model-railroad-appropriate ETT.

I'm not quite ready to do an ETT myself yet, so I've done the next best thing - set up a Bulletin Board (thanks to my buddy Randy).  On it I can post - you guessed it - Bulletins!  Well, more specifically, Bulletin Orders. 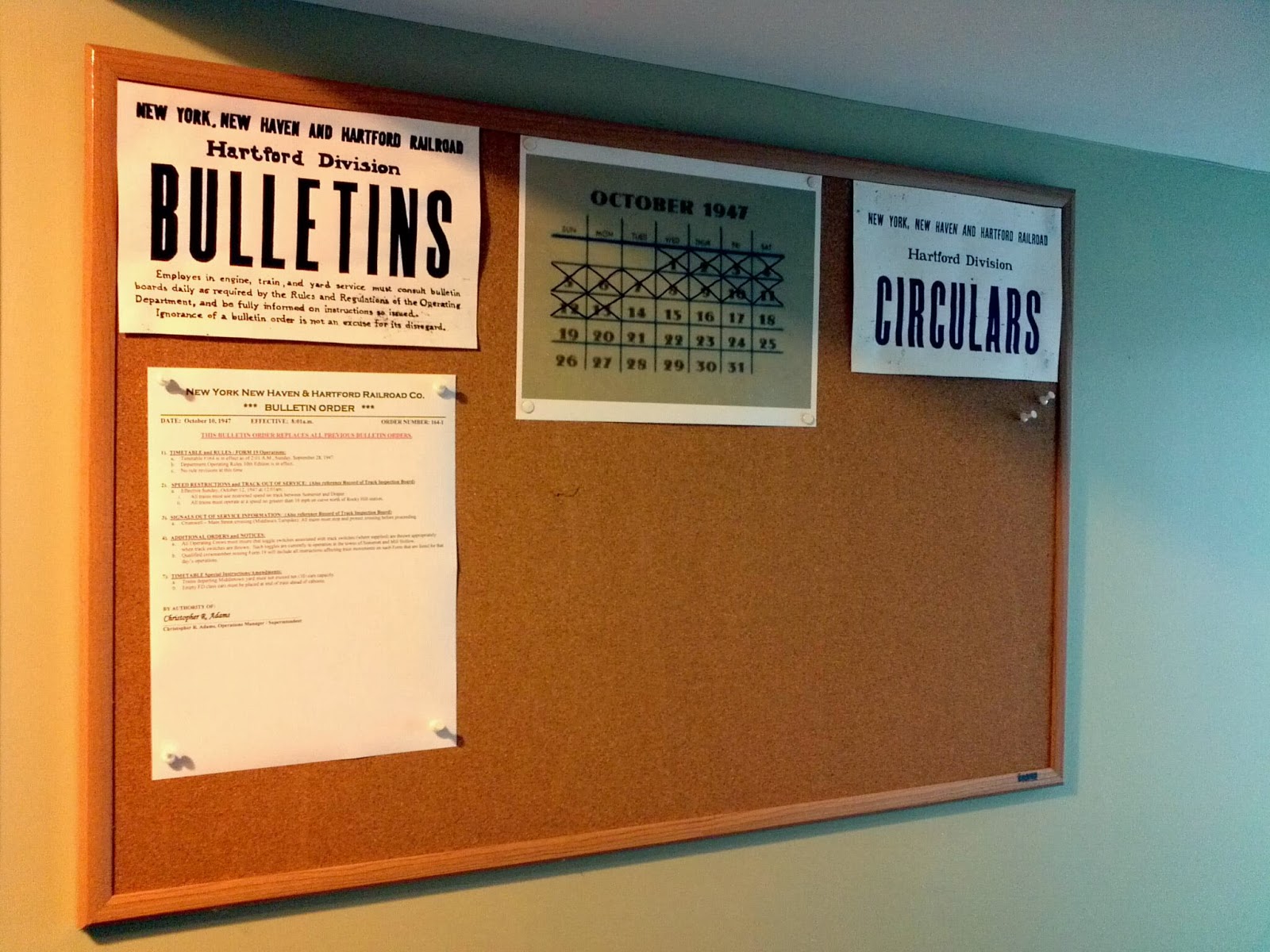 The Bulletin Order (BO) tells operators anything special they need to know in addition to anything that would normally be in the ETT or the Operating Rules.  This is especially helpful on my layout where there are some, um, particularly specific ways of doing things.  But more on that in a minute.

What's included in the Bulletin Order?
So, what's all that mean for my model of the Valley Line?
You can see the result of all this in the document below.  Every operator gets a copy of the latest Bulletin Order with his other paperwork (Clearance Form A & Form 19) and, according to the Rules, he must review the bulletin board in case there are any last-minute changes.

Until I can get around to compiling a model-appropriate version of the New Haven ETT - as Trevor has done with his CN version - I think BOs will suffice quite nicely.

What do you think?