So, now that it's been a week and a half (already?!) since the ProtoMeet, it's high time I post my report. But given it's getting to be old news by now, it'll be brief - light on the text, though heavy on the photos.

In short, I did a presentation, I bought some stuff, saw some fantastic modeling, and I met some great people.  The presentation was "A Day on the Valley Local" - essentially a slideshow I put together of what it would have been like to railfan/chase the local freight train in the late 1940s.  Even given the photo resources I have available, the train we "chased" wasn't the same one in every photo, but all the photos were from around the same time period, so I think it was pretty effective nonetheless.  What I'm most proud of though is that I was able to collect and convey so much information not only on the trains themselves, but on the people in the photos as well.  I think that really helped enrich the "journey" and IMO is one of the best reasons for doing all this research: to keep these folks alive, in a way, by preserving and perpetuating their memory.

As for what I bought - well, not all that much.  I'm at the stage in the hobby where I need time to build more than I need more stuff to build.  That said, I did get a few things... 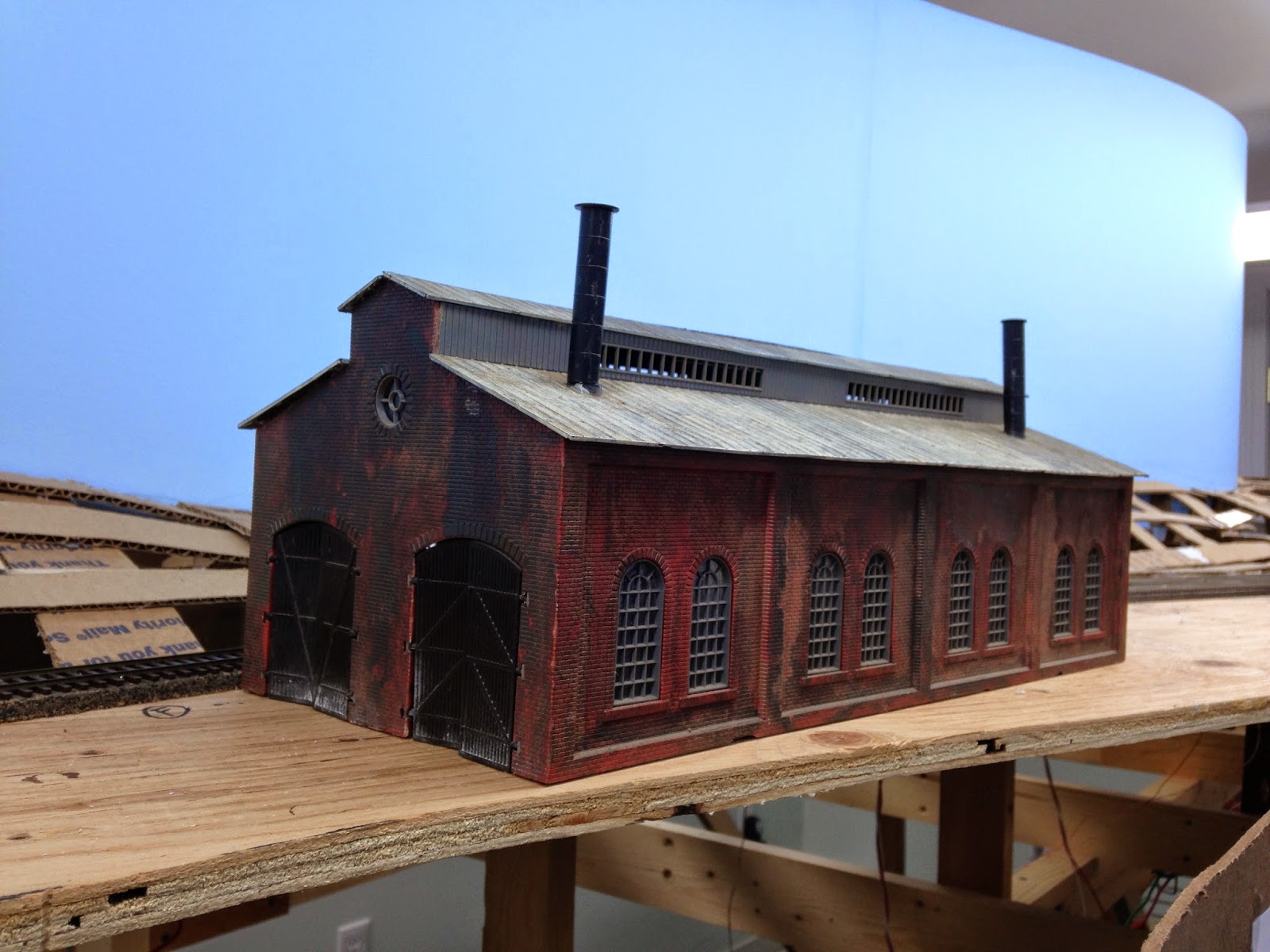 I picked up this enginehouse as-is for 10 bucks.  I think it'll make a great stand-in for the old Billings & Spencer building (which was a warehouse for Hartford Rayon in 1947). 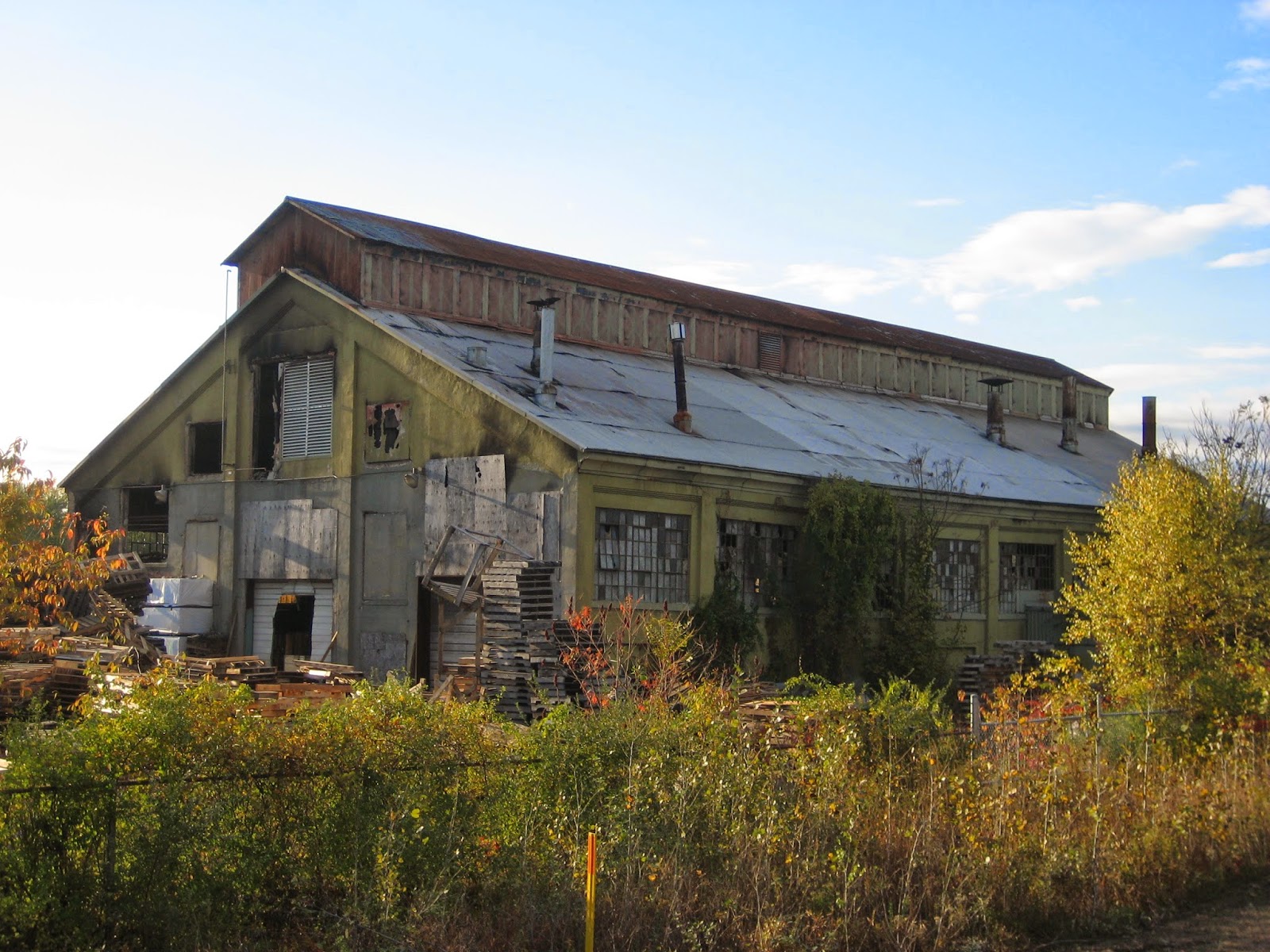 The building still stands in the Dividend section of Rocky Hill. Whattaya think?

I also picked up two second-hand Walthers transmission towers for a buck each. 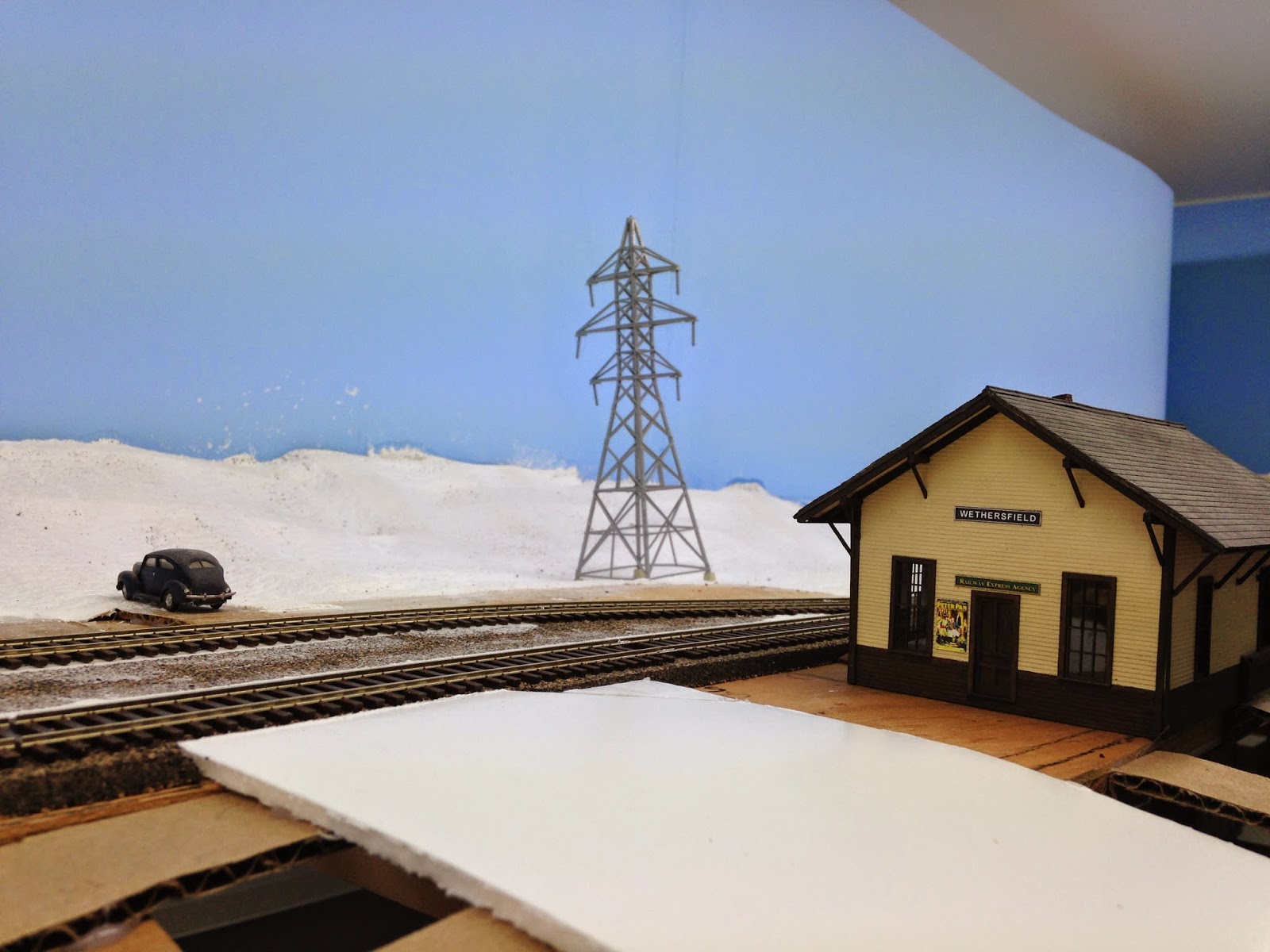 I don't know if I really have room for them (even though they're severely undersized), or even if I do have room, whether I'll ultimately use them.  But for $2 they were worth getting just to try. 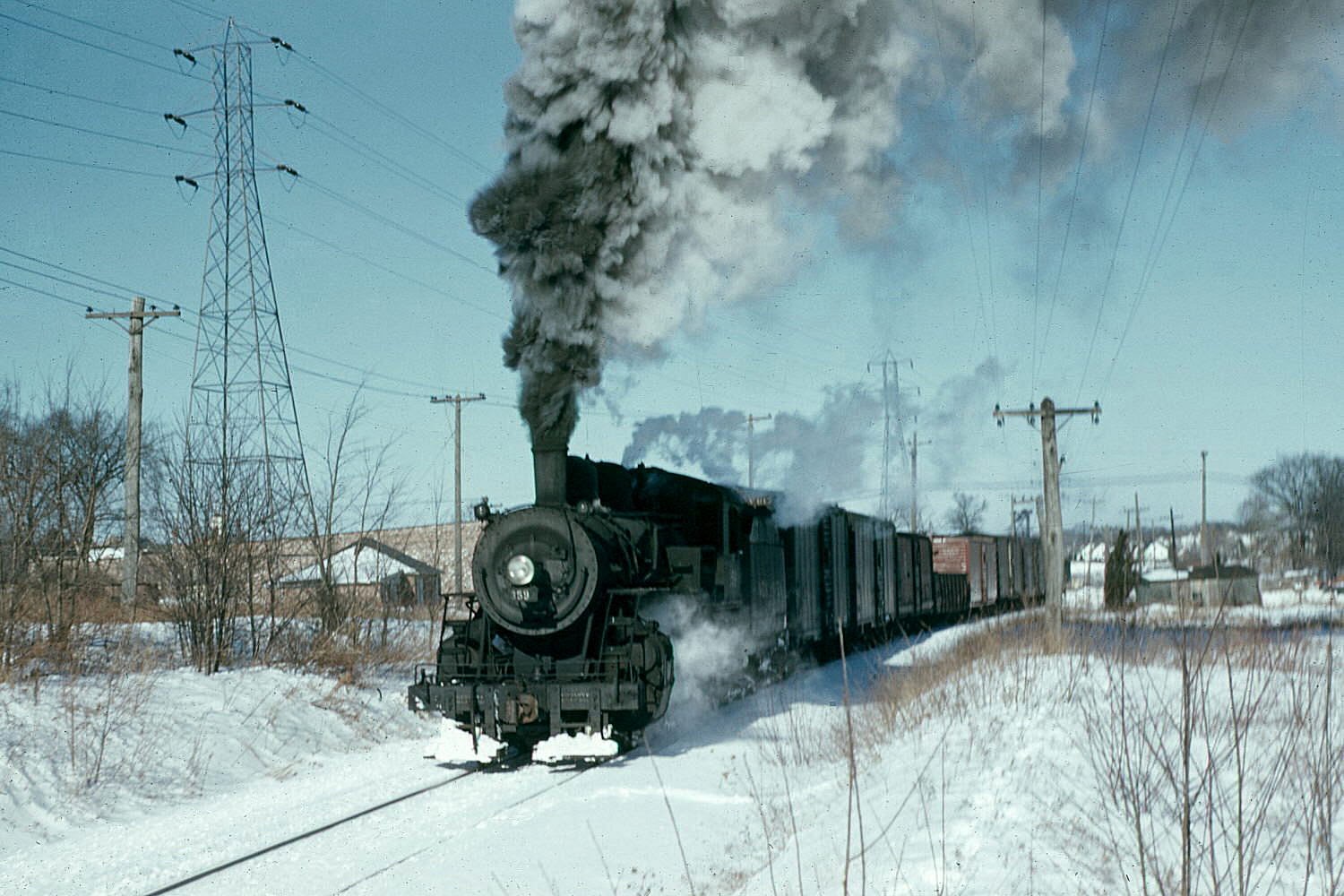 As you can see, Wethersfield did have these during my era.  I just need to decide whether to include them (maybe they'll just be represented on the backdrop?) 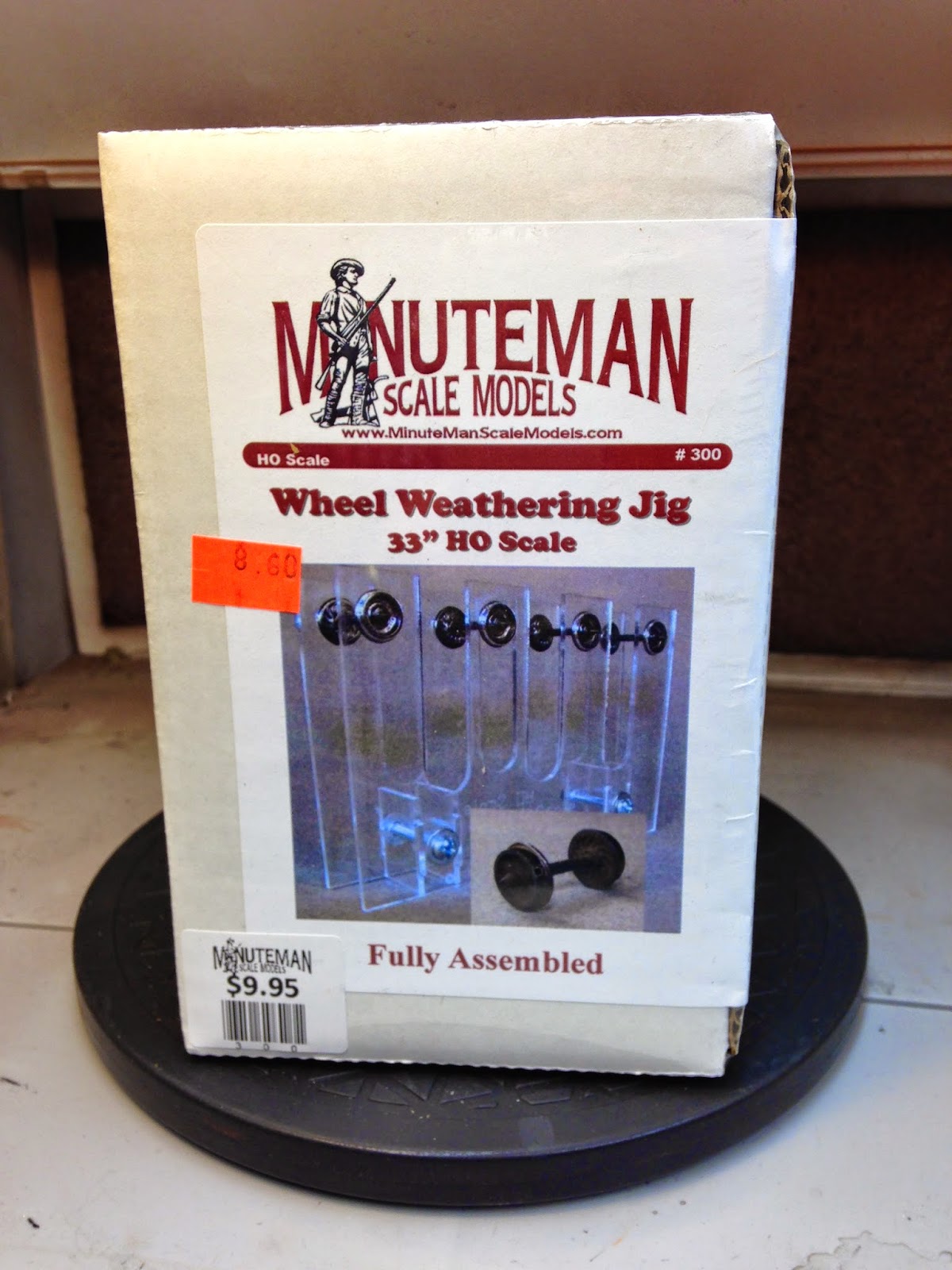 I also picked up these wheel masks to try out.  I built a home-made version from a block of wood, with slots cut in for the axles, but at this price I figured it was worth checking out.  Finally, I got a pack of Central Valley stairs & ladders - even less interesting than the wheel masks, so I won't even bother posting a photo.

While the vendors are always fun to visit and you can pick up some bargains, the ProtoMeet's main attractions for me are the modeling, the clinics, and the people I meet.

To introduce the "modeling" portion of my report, here's what I took to display:

You can always buy stuff at another train show, and you can see great modeling in the hobby press, but only at one of these meets do you get the opportunity to see and spend time with so many great folks in person. At the risk of being a little corny, I decided I'd try and get photos of as many of my hobby influences that I could - folks that I've either known for a long time, heard on model railroad podcasts, or just met this weekend.  And at the risk of being a little goofy, I decided to do these photos in a decidedly "internet friendly" way - by taking "selfies."  So here, in chronological order, are the selfies I shot.


So that, in a HUGE nutshell (ok, maybe a coconut shell) is my report from the 2014 New England Prototype Modeler's Meet in Collinsville, CT.  Unfortunately, my job keeps me away from this meet every other year, so I won't be able to attend again until 2016.  Major bummer, but I'm already looking forward to it - hoping I'll have more info & photos to present and thinking about what I'll be able to bring to display.  Hope to see you there!
Posted by Chris Adams at 2:44 PM