As the Valley Local heads south into Wethersfield, the first industry it encounters is the Ballantine's Beer Distributor.  Click here for an introduction to this industry on my layout, and click here for all the posts I've done about it so far (you can also click "Ballantine" on the Topics list).

I don't know of ANY photos of this building before it was demolished, and have only a sketch John Wallace did from memory: 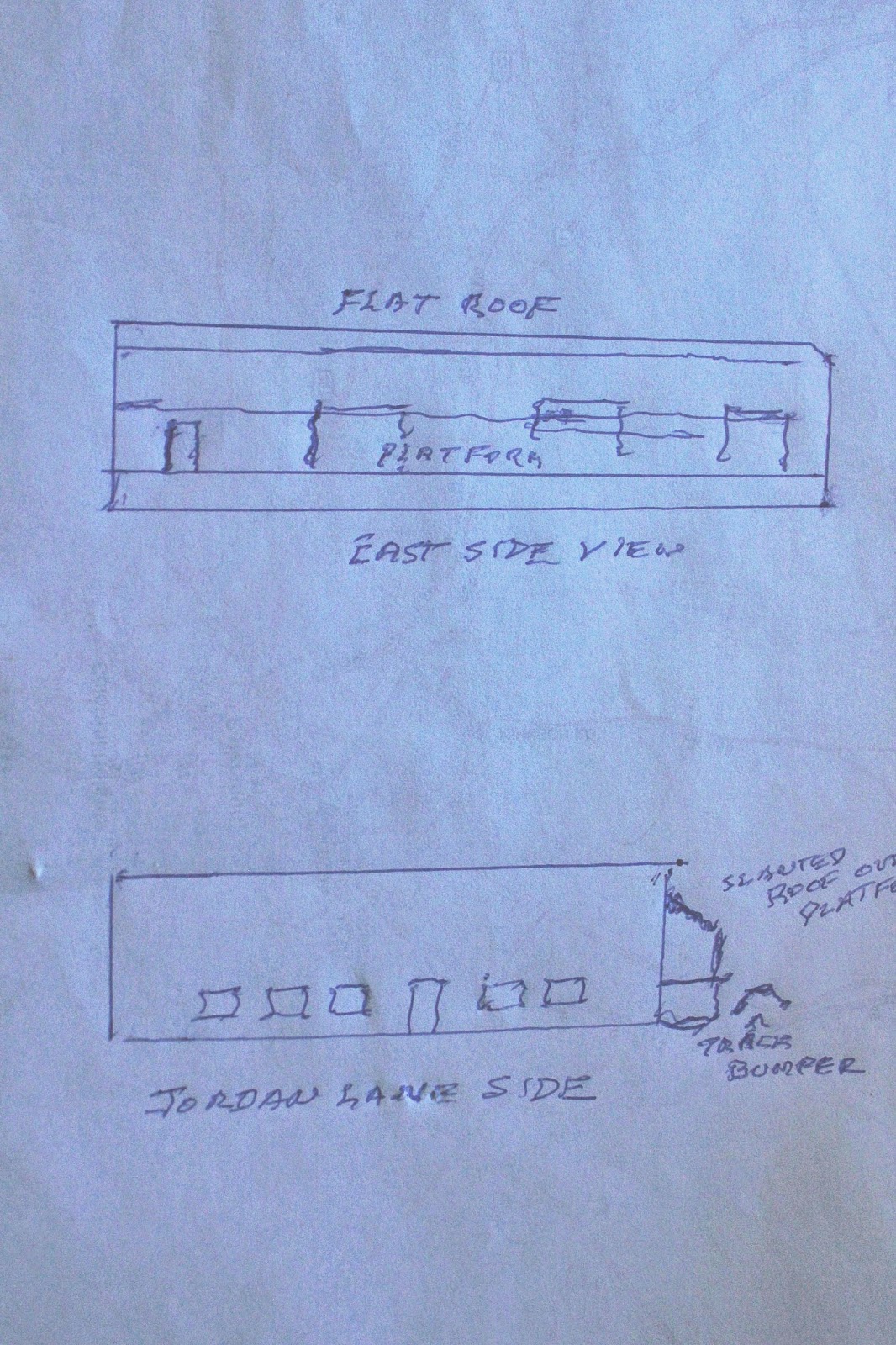 And, thanks to Bill Shanaman, I also have a photo of one wall as it was being demolished: 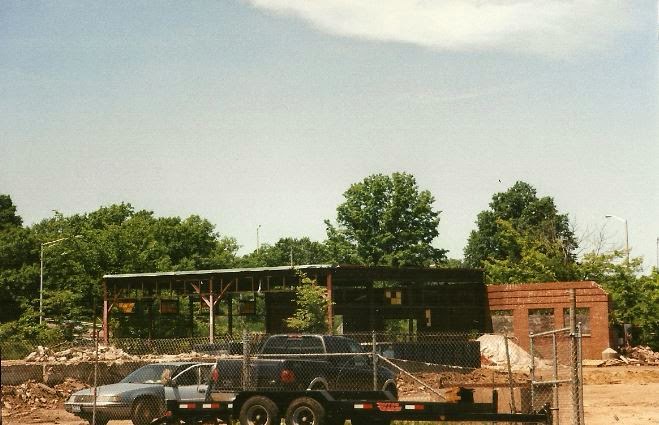 Given these bits of information, I finally decided to use Walther's Grocery Warehouse (aka Miranda's Bananas) as a starting point. Here it is as it comes:

Strangely, the Walthers photo shows the truck loading dock side of the building (which will face the backdrop on my layout, but the track side is similar). If you imagine this building without the office on the roof, and red brick instead of stucco, and squint a bit while comparing to the sketch and prototype photo, you may agree it's a pretty good start. So let's get going!

First, I had to decide on colors and paint:

I discovered very quickly that even an easy-to-build kit will take a LONG time if you do it right - and by "right" I mean painting and preparing the parts as much as possible before assembly. Sure, if I'd just put this structure together - believing "all parts molded in appropriate colors" - it'd just look like a plastic building. Investing extra time and effort before assembly makes a huge difference.

Next up - brick mortar lines:


Like most of you, I do my hobby in fits and starts - all too often life hijacks modeling plans. So it was a while before I was able to get back to this project after the mortar lines were done. But, thankfully, today all the parts FINALLY got on the workbench for assembly ...


From this point on, things go pretty quickly. Just be careful you make tight corners (make sure at least one of the gluing surfaces are paint-free and that all gluing surfaces are free of burrs). The kit comes with a base that helps line things up. Since I knew what side would face the backdrop, I planned to put that wall on last. That way any fudge-factor would be hidden from view. In between allowing joints/corners to dry, I added the roof-top vents and put together the chimney (note to self: paint vents gray/silver in the future).

Next up - finishing the walls, and adding the roof and loading docks, I'm not sure yet how I want to go about adding the loading dock roofs (they're at an angle and can't be clamped in place), and I discovered that removing that roof-top office wall may require some finessing (there's a gap in the wall top covers where it used to be).

But all in good time. Once the painting & wall prep was done, things went more quickly - but it still took me part of an afternoon & evening to get to this point. I'm really glad how it's turning out though. Hopefully I'll have it ready to go on the layout by next weekend - provided life doesn't get too much in the way...

Wintertime is the best time for modeling - so I hope you're able to get to your workbench too!
Posted by Chris Adams at 8:04 PM