After continuing the walls around the perimeter of the base, the next step was to install the roof. All that entailed was pressing it in, down to the locating ridge/lip, and applying liquid cement to the joint from inside.

Next up were the loading dock roofs, which turned out to be more complicated than I thought. Be careful to leave as much material as possible on the bracing rods. Even being careful, mine were just a little short, which meant I had to lift the roof more up toward level than slanted. If I were to build this kit again, I'd probably use wire cut to fit.

There's no great way to do all this - ideally, you'd attach the 7 braces and roof to the building simultaneously. But going one step at a time, and waiting for the glue to set before moving to the next piece helps a lot. I applied the more viscous glue from the needlepoint applicator (ModelMaster) to the back edge of the dock roof and held it against the building until is set up. Then, one by one,  I dipped the top end of each brace into a pool of that same, thicker glue, stuck it in the hole on the building, let it set, then pulled the roof up to meet the bottom of the brace and applied Tenax with a microbrush to the underside of the roof where the brace entered.

Doing all this methodically takes time, but if you go too fast you risk things falling apart - literally. As it was, each loading dock roof took an evening's worth of work. But after two nights, they were done. 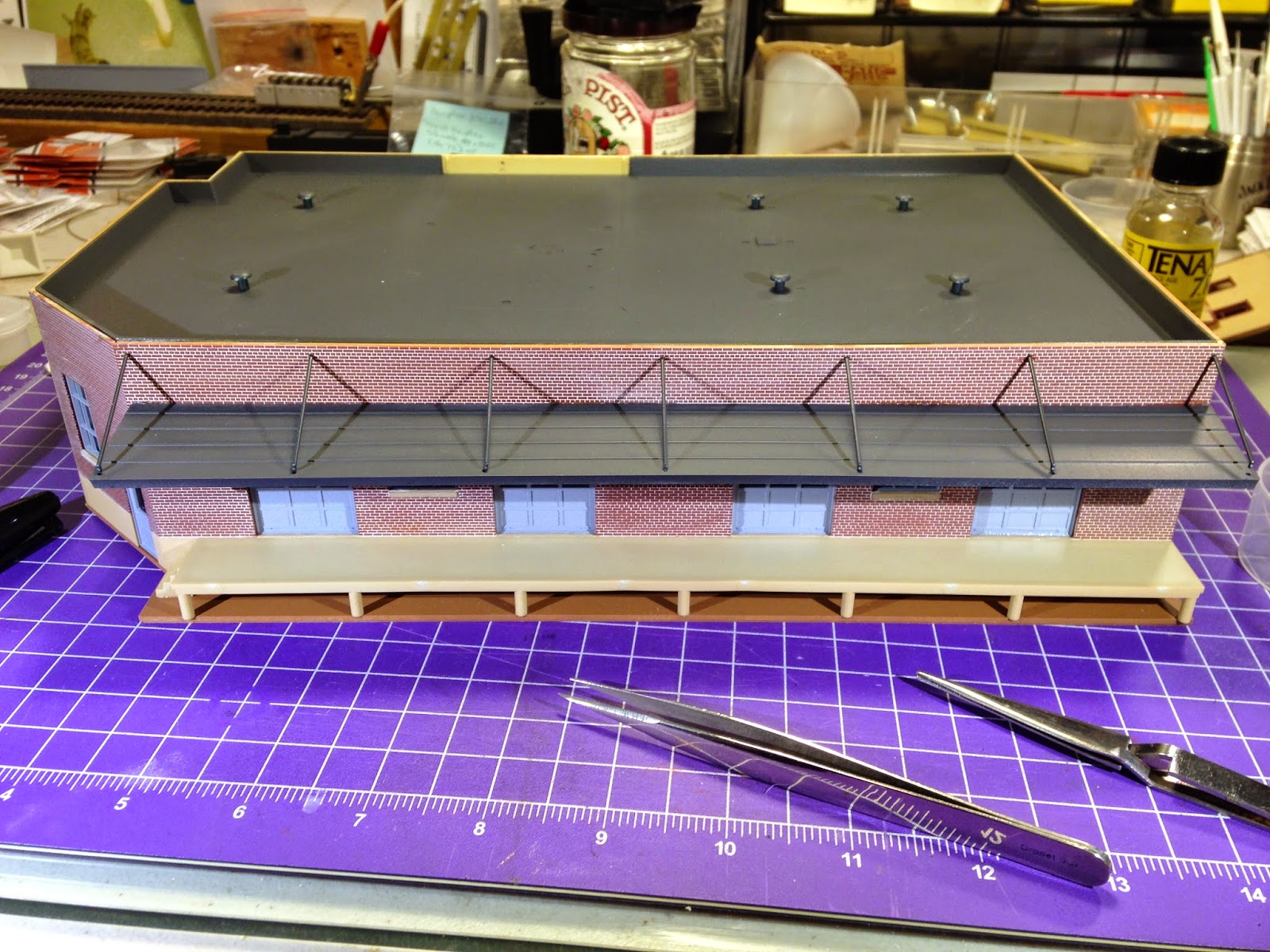 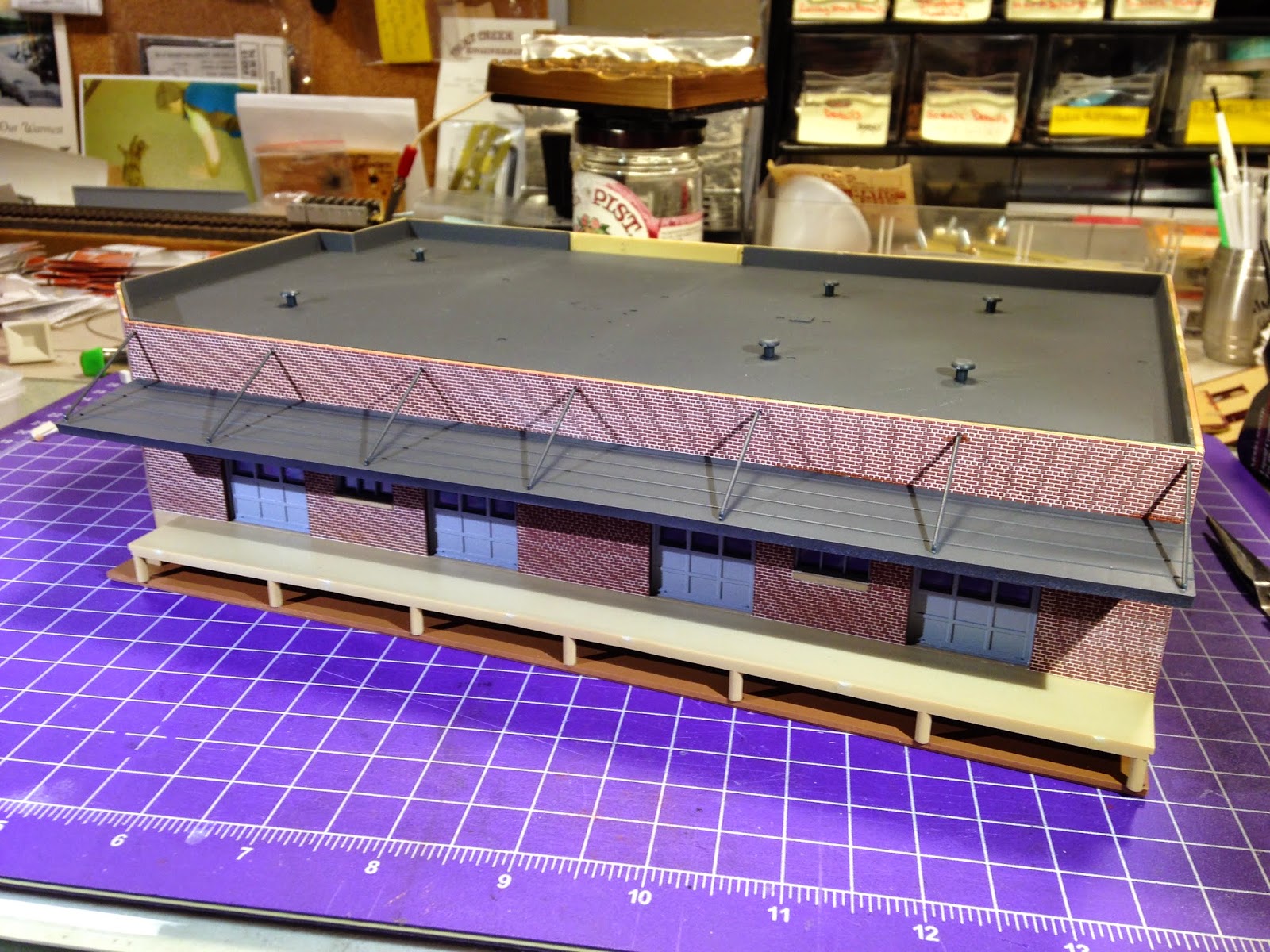 I took these photos once the "back" side of the building was done. This is the truck loading dock (as opposed to the trackside loading dock) and will face the backdrop. I figured this would be the side to "practice" on, but it actually came out pretty good. You can also see on the roof, toward the back on the knee wall, where the rooftop office would have been located. This gap won't be visible from the front of the building, but I'll probably fill it anyway.

Next steps are to paint the vents silver (should have done that before) and figure out what other details to add to the roof.

That's were you come in. I need some help/advice on what to add. It's October 1947, so no rooftop air conditioning units. So far, I expect to add some sort of rooftop stairway, to provide roof access from below, and some bathroom vents. The kit comes with a brick chimney, which I'll add as well. What else? It's pretty barren up there. . .

After the details are up there - including the sign - I'll add some fine-grain sand to provide roof texture. Of course, let me know if there's anything I'm forgetting - I'll be sure to keep you posted!
Posted by Chris Adams at 6:31 AM