As I mentioned on Friday, I've had a few distractions lately, but I'm doin' my darnedest to get back in the swing of things. Today, I even moved beyond the labeler(!). But first I realize I need to catch up with East Berlin a bit.

Back when I tried a bunch of structure mock-ups for Stanley Chemical, I realized that I needed to do some more groundwork in the area to level things out a bit. So the next day, not having any Ground Goop on-hand (and not wanting to allow that to bog me down), I got out some lightweight spackle and used it as filler to smooth everything out . . . 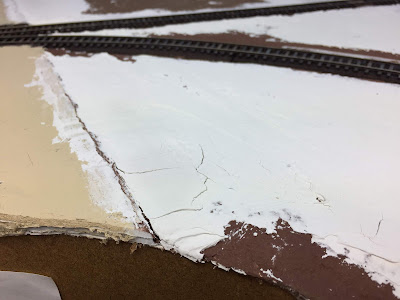 The pics above and below show the downside of using the spackle - especially thick layers of it. No worries - not only will I cover it with a thick coat of latex paint, but there'll of course be ground cover on top of that too. 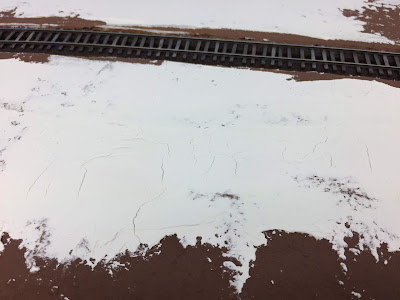 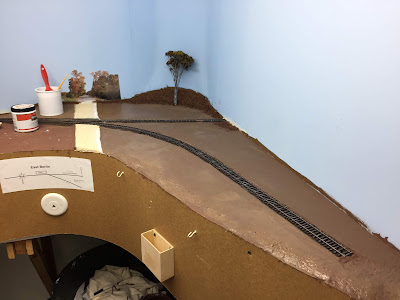 After going "Back to Berlin" and starting the StanChem structure a few weeks back (click here for that), I needed to cut the roof to match the base. 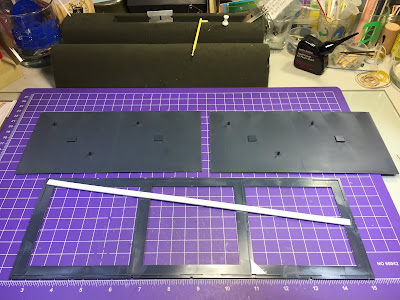 I started with the base, and then clamped the roof sections on top to mark them for cutting. 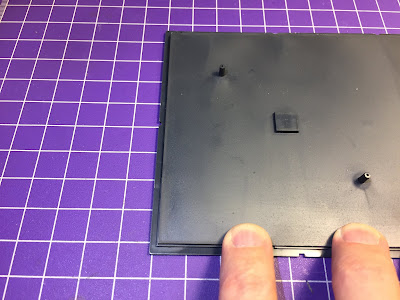 I was careful to make sure that the roof fit snug against the raised locating ridge on the base. I figured that'd give me the most accurate mirroring so I would locate the cut properly. 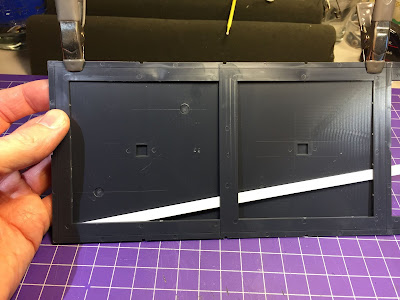 With the roof section against the base, I used a Sharpie to mark where to cut. As I mentioned in the previous post on this build, StanChem will fit at an angle against the wall. So I used a piece of strip styrene not only to mark where that falls, but it also provides some additional bracing. In this case, it also gave me a handy-dandy straightedge to mark against. 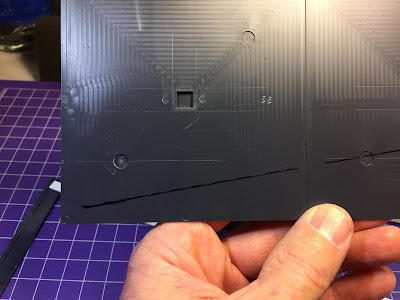 And here's the mark that resulted. 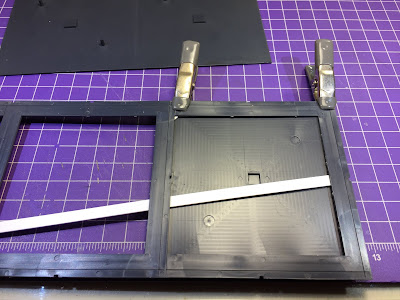 I did the same thing for the other roof section. But it was at this point that I realized . . . I'd made my mark against the WRONG side of the styrene strip! I'd forgotten to account for the fact that I was viewing the roof from the underside - and marking the underside. I needed to mark the bottom edge of the strip rather than the top.

Good thing I caught it before I cut it. "Measure twice, cut once" indeed. 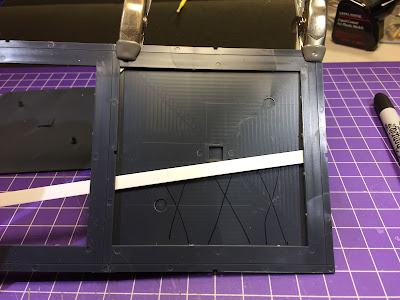 When I made the second, proper, mark I decided to make it crystal clear where to actually cut and what the waste section would be. 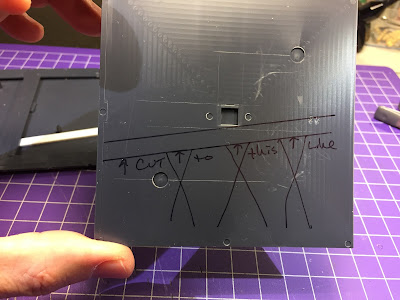 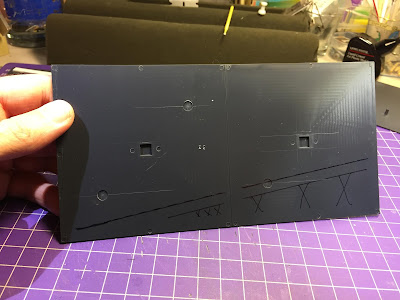 Of course, I needed to go back and do the same thing to the other roof section. 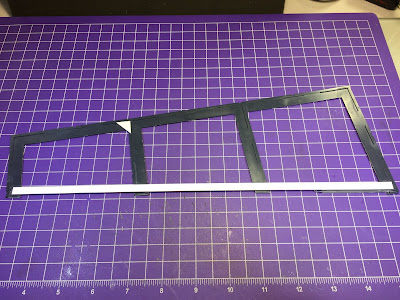 Then I trimmed the base. Heh - it just occurred to me that if I'd trimmed sooner, my mistake probably would have been more obvious quite a bit earlier . . .

Changing gears, I've decided use a station kit I have on-hand to act as a stand-in for the abandoned station at East Berlin: 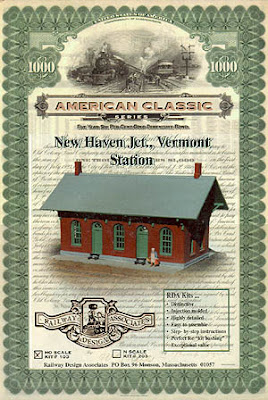 In a strange coincidence, it's a kit of a Rutland RR station in New Haven, VT. The actual passenger station at East Berlin was gone long before my modeling era, and the building that's there now - that most folks think is the station - is actually the old freight house. And it's very close to other freight houses on the Valley Line and made of wood. So using this kit is quite a departure, but it'll act as a nice stand-in until I scratchbuild something more accurate. And - bonus! - since I know out of the gate that it's not accurate, I won't obsess over it and can just build it. Yay! 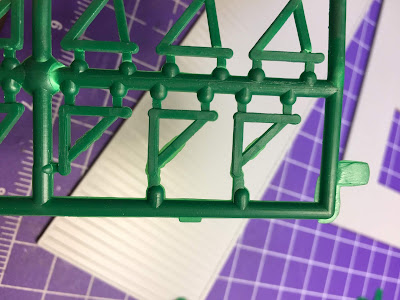 It's a pretty simple kit, but it does have a lot of flash. So be sure to clean all of that off before you do any painting. 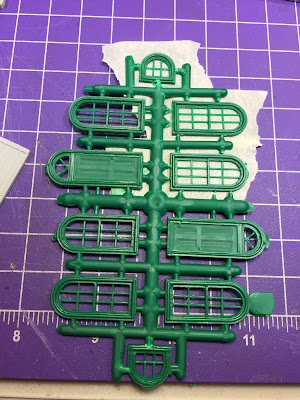 I decided to leave the parts on the sprues to make them easier to spray paint - but not until after cutting a few parts off(!) I just taped them back in place to keep everything together. 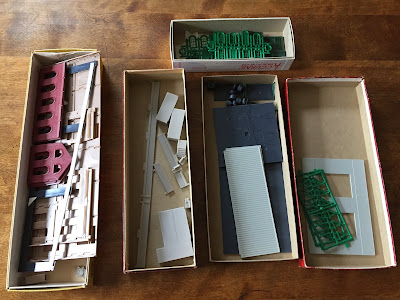 And here are all the parts of the two structures at East Berlin - Stanley Chemical and the station - divided up by color-to-be-painted: brick, concrete, black roof, green wood windows & trim.

So, since I'm still procrastinating on the painting <insert eyeroll here>, but wanted to keep making some progress, I moved over to something more left-brained: locomotive work!

Way back in October, 2017 (can't believe it's been that long already), I installed DCC in a couple of Frateschi/E&R Models FA locomotives (click here for the ESU/Loksound install). Since then - and especially since they got speed matched more closely by friend Roman - I've used them occasionally on Shoreline freight trains.

Well, as I went to return a couple other Frateschi FAs to friend Pieter (I didn't really need them, and didn't have decoders for them anyway), he reminded me that the delivery scheme on his FAs would be more accurate for my era than my green & gold units. So I decided to to a couple of body transplants: 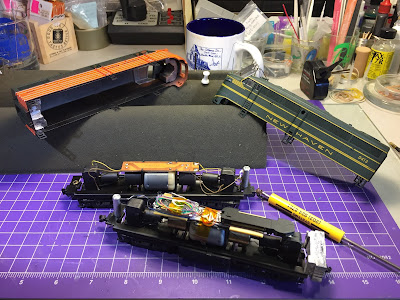 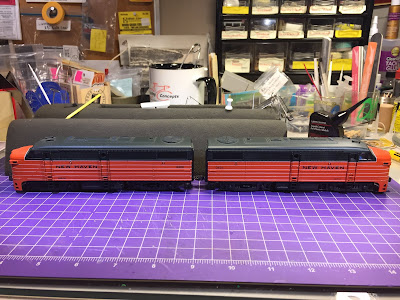 Yup, it was simply a matter of removing the shells from my locos and swapping them for his shells. Certainly a lot easier and quicker than installing DCC in his units! And now I have a pair of era-correct FAs to use on Shoreline freights. Thanks Pieter!

So that's the state of things at the moment. I really need next to just get those structure parts painted so I can build the buildings. But one important lesson I'm relearning in this is to not let myself get bogged down in any one task or aspect of the hobby. There's always something else that you can do to continue progress - whether it's doing a little scenery, putting together a freight car kit, tuning a locomotive, or even writing a blog post to catch folks up on what you've been able to accomplish - no matter how much or little. It's still better than watching TV and making no progress at all.

Now if I can just really get that lesson through my thick skull, I'll be accomplishing something - and these posts will start being at least a little more frequent. Wish me luck!
Posted by Chris Adams at 12:01 AM