So, fresh off my self-admonition to Just Do It earlier this week, and full of motivation, I dove right in to masking and painting the chimney I'll be using alongside Stanley Chemical.

I'll try not to let the resulting failure discourage me from continuing to press on. But I'm getting a little ahead of myself.

You may have noticed in the painting photos from the last post that I had already painted the brick portion of the chimney with my rattle can of flat red primer. But there's also a stone block portion at the bottom, so I needed to mask off the brick and shoot that with some "stone block" color (full disclosure - it's the same flat khaki rattle can paint I used for the concrete. I figure I'll vary the color a little with weathering). 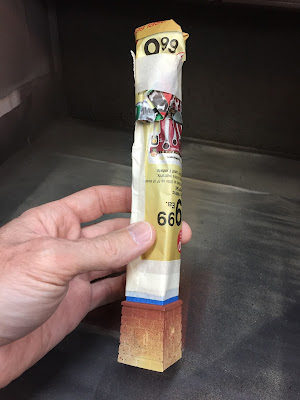 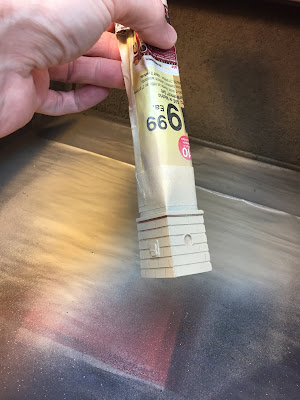 Then I shot it with my rattle can of khaki. 10 minutes total, tops. 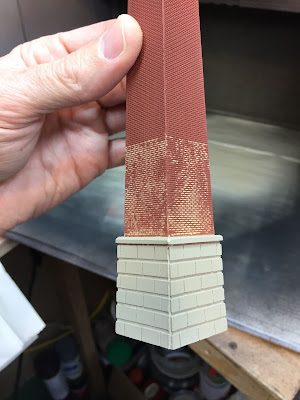 But later, it got interesting. You can see what happened. The supposedly "less sticky" blue painter's tape still removed some of the red paint.

Now, a couple of potential lessons occur to me right off the bat:


The reality is that what happened is probably a combination of a little bit of all the above. 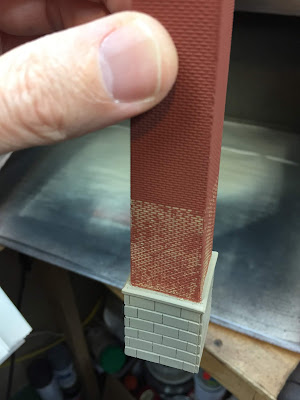