I think yesterday's Wordless Wednesday got more comments than any other WW before - and not just because there were some actual words in the title. I subtly solicited opinions and was very glad to see them start coming in.

Actually, I guess it's pretty obvious: I'm approaching the point where I need to make some decisions on what ballast to use and, being a "prototype modeler" I'd like it to be as close to the prototype as possible. While the list of considerations is short - availability, size, and color - it gets a little complicated, as you'll see.


One of the most important considerations for a layout this size is that the ballast product continues to be available for a while. I'd rather buy as I go, willing to accept minor color variations (what the Missus - a knitter - calls "dye lot") and don't want to have to buy a 50 gallon drum of the stuff all at once. Unfortunately, one of my early choices - Highball Products - is no longer in business (anybody have an alternative?). So I plan to check out additional options at the Big Springfield Show this weekend.

Size
This should be relatively straightforward, but . . . 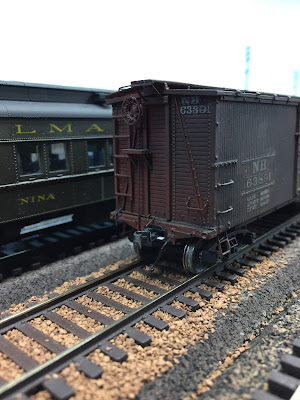 The photo above is Woodland Scenics "Medium" ballast, supposedly for HO scale. 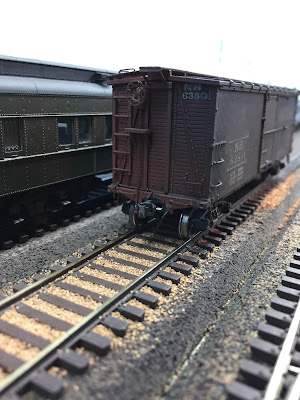 And above is WS "Fine" ballast. Offhand, it looks a little too small to me - but that may be because most of the HO model railroads I've seen use the larger "HO" ballast. Comparing this size to prototype photos, though, tends to show that smaller is better.

Color
Speaking of prototype photos, let's segue to the toughest consideration - and not just for someone who's a bit colorblind. Here's what I mean . . .

Above shots are at Wethersfield, showing the Valley Line. But only the north end of the Valley Line. The Hartford-Middletown portion of the line was reballasted with white gravel (not traprock) during the summer of 1945. But the remainder of the line south of Middletown to Old Saybrook was a mix of sand and cinders . . . 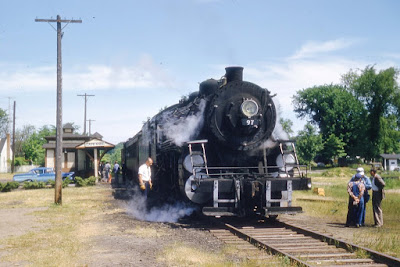 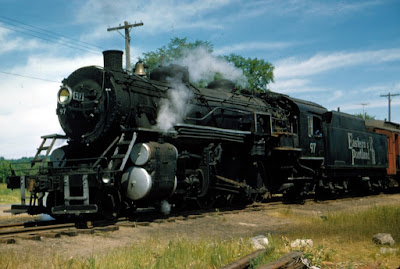 The shots above are at Chester during the filming of It Happened to Jane c. 1957. Looks like I'm going to have to develop some sort of custom superfine brown/black mix . . .

So at least 2-3 different colors (and 2 sizes) for the Valley Line. What about the Air Line? 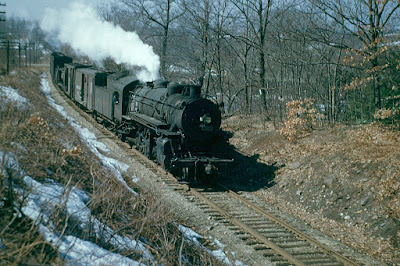 According to John Wallace (the source of most of these photos, including the ones above), the Air Line had traprock ballast due to heavier traffic on the line (including documented use of the New Haven's big 3500s - likely wending their way back from Readville Shops, not in revenue service). This ballast appears to be a dark grey.

And what of the Shore Line? One of the commenters on the previous post were asking about my use of brown ballast - not what you'd expect on a New England railroad, right? 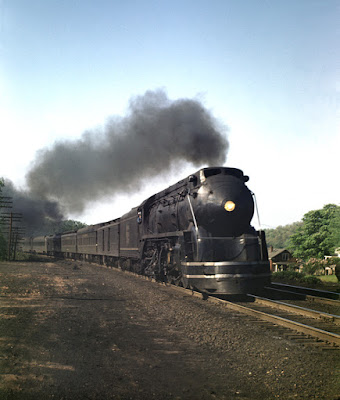 Ok - I admit my colorblindness, and it could be that that's actually a dark grey - and an almost-70-year-old photo is bound to have some color shift, but that looks brown(ish) to me. And is consistent with the color of traprock mined in Branford and Wallingford, CT - major sources of ballast for the New Haven. 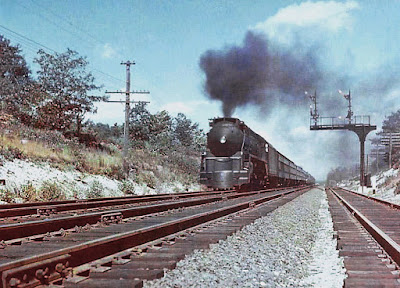 Also on the Shore Line, and a much-more-typical gray traprock ballast we're all familiar with.

But modeling the New Haven is often, um, complicated . . . 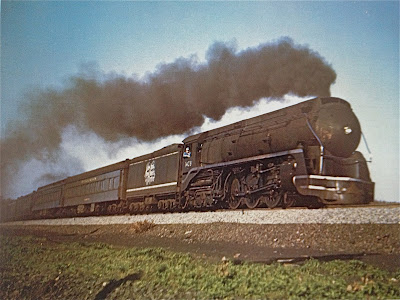 So that's a little sampling of the prototype photos I'm looking to for guidance in choosing which size and color ballast to use on my layout (which, remember, depicts the Valley Line north AND south of Middletown, the Airline, and the Shore Line).

However, just as important as the photos are all of YOU that can lend a little guidance on color/size and advice for what products to use. So please weigh in!
Posted by Chris Adams at 12:01 AM