Looks like the line is going to be out-of-service for a while in the vicinity of Goff Brook . . . 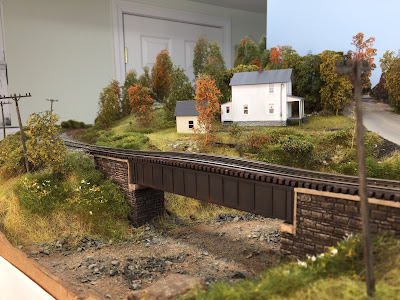 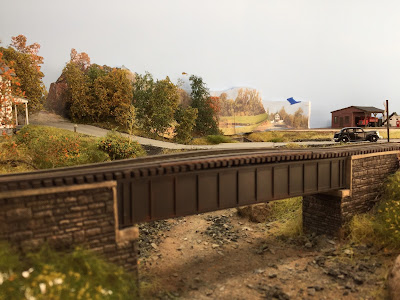 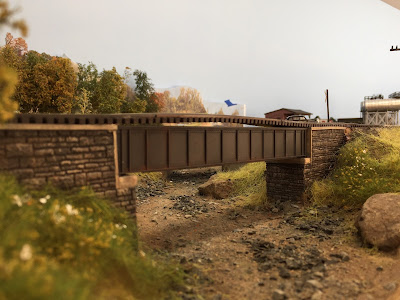 I'm a little surprised I'm still getting this sort of problem since the layout (and the associated benchwork, etc.) has been in place for many years/winters now. But here you have it - apparently, the wood benchwork/subroadbed has shrunk and caused the track to lift where it isn't secured. The humidity in the basement is typically around 50-65% during most of the year, but as of today it's just below 15%. I don't want to have to get a humidifier down there, but may not be able to avoid it. . .

For now though, I guess I'll get out the Dremel and cut-off disk and gap the rails in the area - but it's mostly curved track (heh, horizontally not just vertically, as above %^) and I don't want to risk introducing any lateral kinks. And, of course, any gapping will likely require additional feeders to be installed. 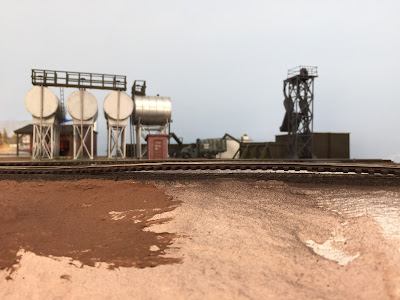 And it's not only Goff Brook. Just a little north, near Valley Coal, this turnout is lifting as well. Heh - not gluing down the turnouts seemed like a smart idea at the time. Now I think - not so much.

Until I figure out how best to fix these problems, the track will continue to be OOS. That'll likely undermine the possibility of having a January ops session, but on the other hand that's one of the benefits of having a fairly large layout, made up of multiple branches: I could just operate on the other lines with a smaller number of folks.

The prototype had to deal with similar problems, so I'm not going to stress out about it too much. If you have any great suggestions on getting the track back in service asap I'd love to hear them :^)
Posted by Chris Adams at 11:25 AM