In the last post, I introduced my new Atlas Alco S-2 which I plan on making into a New Haven RR DEY-5. Click here for some prototype info and photos. As I mentioned, the main problem I noticed right away was how the headlight bulb was positioned. 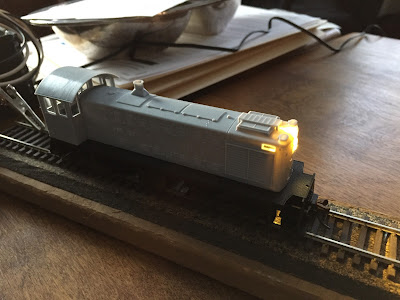 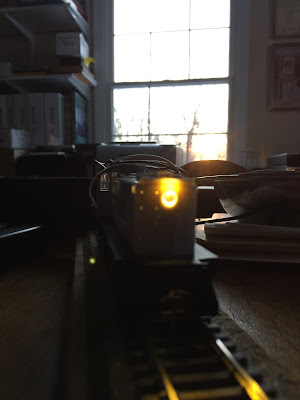 So tonight I opened it up to see how the headlight was mounted and whether it could be easily moved. To remove the shell, first gently pry the sides of the cab away from the frame. Then you should be able to lift it straight up. Be careful of the small gauge lighting wires that go to the rear light. 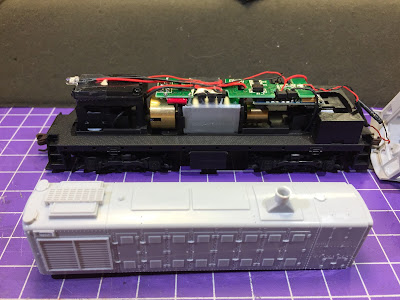 The first thing I noticed relevant to the headlight is that the bulb is mounted on top of the speaker and the bulb is totally bare - no shielding or anything. Note also that the cab is gently placed off to the side, without stressing the delicate lighting wires. 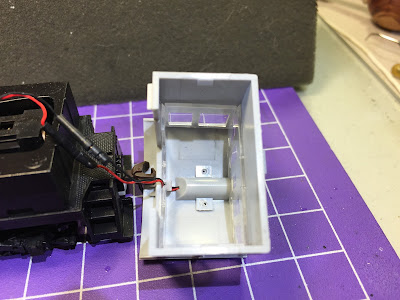 Speaking of the cab, note that - unlike the headlight, the rear bulb is shielded by a styrene conduit of sorts. Also, the lighting wires are cleverly routed behind the center post between the front cab windows. This arrangement keeps the wires out of the cab and places the bulb directly behind the lens. 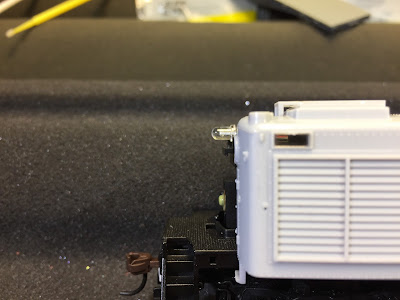 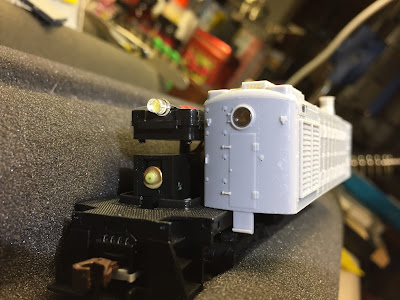 Here's another view for comparison. There's really no easy way to move this bulb lower without changing the type or location of the speaker. 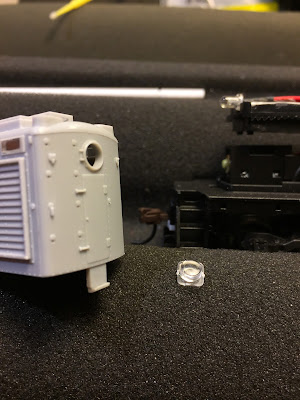 So I think what I may try and do is change out the bulb entirely, substituting a much smaller bulb, and maybe even trying to attach the bulb directly to the headlight lens, which is only a press fit and comes out easily (don't use anything metal to pop it out or risk scratching the lens).

While I was going through this process though, I discovered another couple of glitches which are a bit more troubling since they're not easily fixed. But maybe they won't be as noticeable once the engine is finished/painted/weathered.... 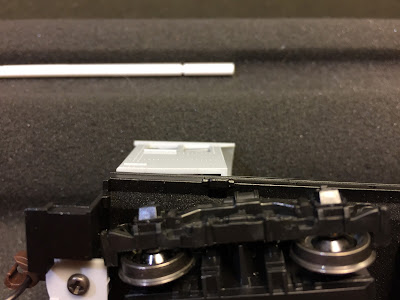 For some reason I can't figure out, the engineer's side of the cab is flared out as you can see above. It's clearly bottoming out against something but it's not clear to me what. And I don't want to risk making things worse by removing material which can't be replaced. 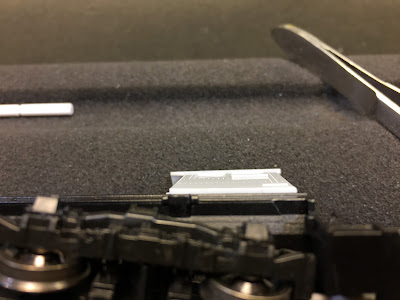 For comparison, see the fireman's side. That overhang is prototypical - and on this side as least, there's no flaring. 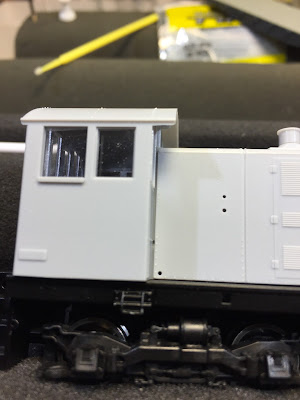 Also annoying is the gap that's apparent between the front of the cab on the engineer's side and the hood. Ok - I admit it's hard to see in this shot, but it's there. You can see the little mounting recess where the edge of the cab front rests. And there's a gap between the bottom of the hood and the running board/frame too. No matter how hard I press, I can't get these parts to seat properly. The engineer's side of the cab is actually a bit loose, and can be easily moved back and forth. 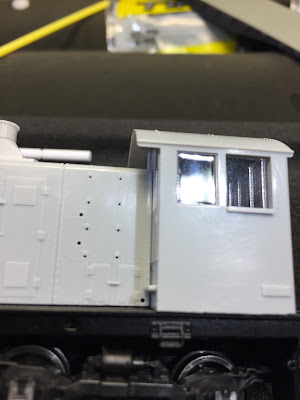 So, be honest, am I being too OCD/nitpicky or is this worth sending the unit back in exchange for another?

Admittedly, a big part of my "problem" is that I'm extremely near-sighted, so when I'm looking at these things I set my glasses aside and can focus literally about 2" from my eyes. That's really great for doing extreme detail work on models, but admittedly a great source of frustration when I notice problems that other folks will likely never see . . .

I think I know the answer to my question, but am really curious to hear what others think - not only about the cab/hood issue but especially about how best to address the headlight issue.
Posted by Chris Adams at 4:14 PM

Email ThisBlogThis!Share to TwitterShare to FacebookShare to Pinterest
Labels: DEY-5