Ah, Labor Day Weekend - the Unofficial End of Summer, but more importantly the Official Beginning of Modeling Season. At least that's what it looks like in Internet-land. Apparently, LOTS of folks used the 3-day weekend to make some major progress on their layouts. I'd planned to, but it didn't quite work out that way.

I ended up spending most of the day Saturday working on the busted water pipe problem, but first I met John & Roman for breakfast at a great place in Higganum prior to doing something I've wanted to do for a long time - Ride the North End of the Valley Line!

The Valley Railroad (dba Essex Steam Train), only runs a little farther north than East Haddam and the Providence & Worcester only goes as far south of just south of Middletown. The track between those two points hasn't seen a train since 1968(?), but the tracks are still there - going through the forest and buried in the weeds.
Fortunately, volunteers from the Friends of the Valley Railroad have restored some sections of track and have started running inspection vehicles and speeders over the line between an unstable bridge to the south and a major washout to the north. And Labor Day Weekend would be my last chance this year to ride this section.

It was a really cool trip, especially with John providing some insight to the line (he hadn't ridden that section since the late 1940s) and major kudos to the FVRR folks for making it possible.

Afterwards, we went down to Hadlyme to catch the Valley RR's regular steam train . . .

Most of the rest of the weekend was taken up with non-railroad stuff (mowing, cleaning windows, etc), but I did get some basement cleanup done, which is somewhat tangentially related to layout stuff - to the extent I can now find tools and such(!).  And I got down to the Saybrook station to watch the trains go by for a few minutes while enjoying a cup of coffee from my favorite place. 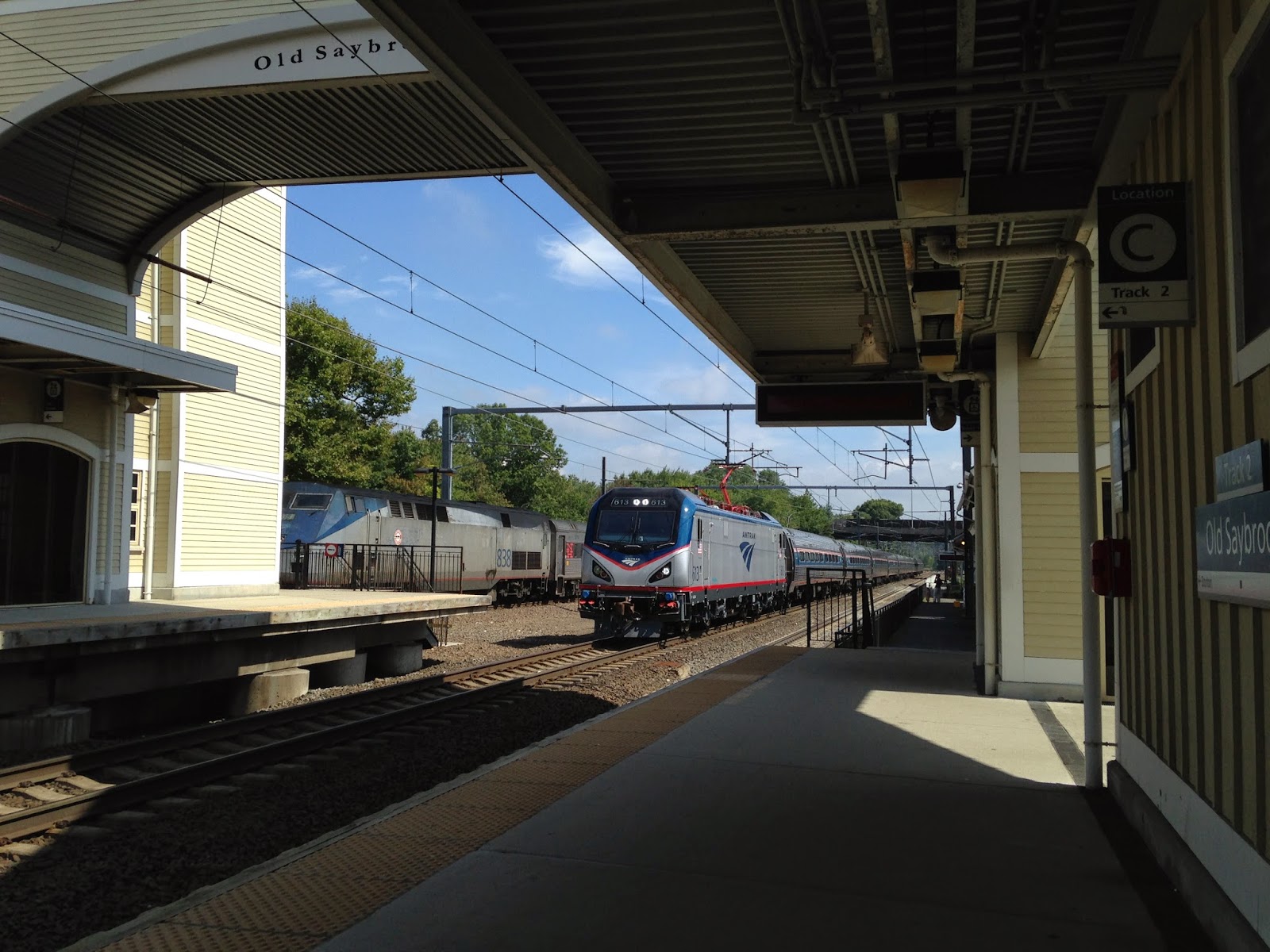 I'd heard about these locomotives for some time, but hadn't yet seen one in person. Until yesterday.

Oh, and also yesterday, this happened: 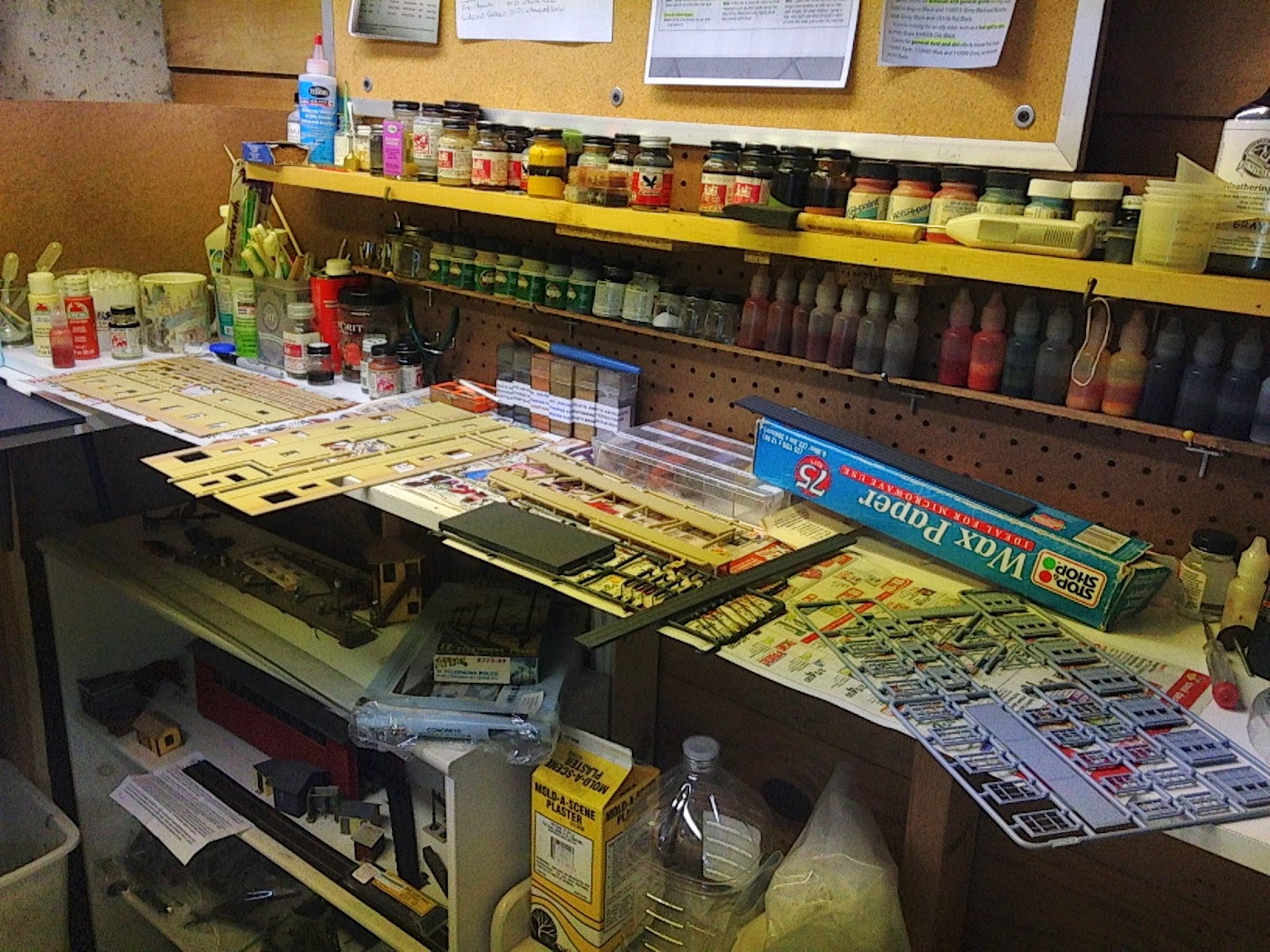 Yup, I actually did get to a little bit of model railroad stuff after all. I broke out the airbrush for the first time totally unsupervised (I'm such a rebel) and pre-painted some structure parts. I'm undecided whether it was smart to do this while the parts were still on the sprues. Seemed like a good idea at the time, and an easy way to handle them. But I'm afraid I may have some touchup to do later, after the build. Next, I'll be doing my first masking job. Any suggestions on what to use for masking tape (other than, um, "masking tape")?

So that, in a (large) nutshell, was my Labor Day Weekend. Hope you were able to have some fun too!
Posted by Chris Adams at 9:03 AM