A Few Words About Wordless Wednesday #35 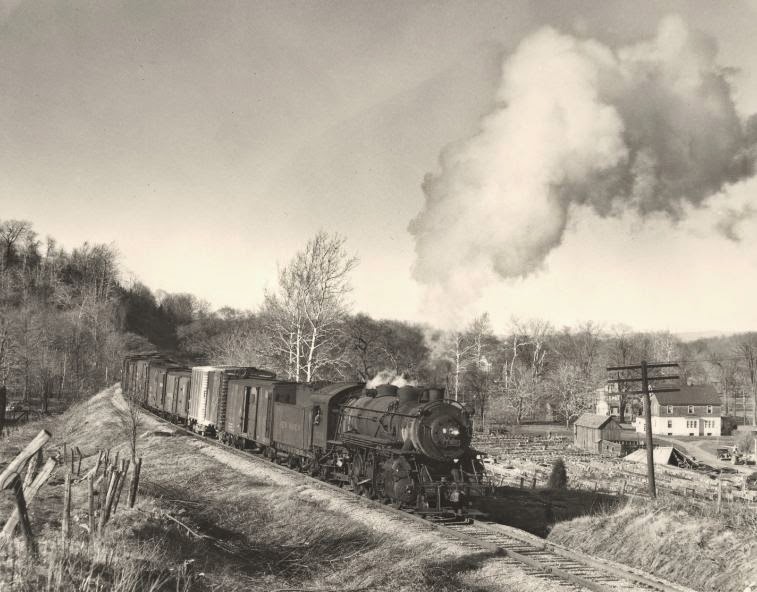 It's April, 1948 and the Air Line Local is heading back to Cedar Hill Yard in New Haven having made its run up to Colchester, meeting the Valley Local in Middletown. The fireman's doing a fine job keeping a clear stack, but it was still pretty chilly out, as evidenced by the condensing steam coming from J-1 class Mikado #3022. It must've been a pretty hard winter, with lots of snow - note the collapsed barn over on the right. And if you look really closely, you can see a '30s era car and a cool tractor. That tractor is going to be doing some heavy work plowing up those fields, but none of that is on the mind of our photographer, Kent Cochrane. He hiked up to the top of a small rise here in Middlefield, CT and composed an archetypal scene of late steam era branchline railroading in southern New England. Could he have ever imagined we'd be appreciating his work, over a computer "internet," over 66 years later?
Posted by Chris Adams at 2:00 AM