Hobby time last week was mostly occupied by storm cleanup. Fortunately, the town cleaned up the major trees and branches - which was good since I couldn't get my chainsaw started. Ended up I'd flooded it.

And it occurred to me that that's often a metaphor for the hobby. We often get so flooded with information and input that we fail to start. When that happens, you have to take things apart, dry them out, and clean them up. 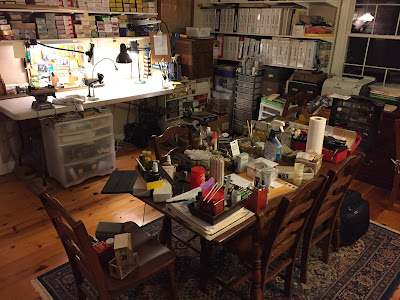 Which is kinda what I did to my workbench one evening last week. Before closing all the windows and turning on the A/C for the past couple of months, everything had gotten coated with pollen. Once the house was sealed, we gave it a good cleaning, but the workbench - with all its many, MANY little various and sundry things - had been put off. So, while I mulled what to do next on the layout, I figured it was high time to give the bench, and all its contents, a good cleaning.

A clean workbench can be a great motivator - you just wanna take advantage of the great space to just work on something. So, since I'd gotten the walls of the Dividend house weathered, I figured I'd work some more on that. Here's where things started - all the weathered walls laid out . . . 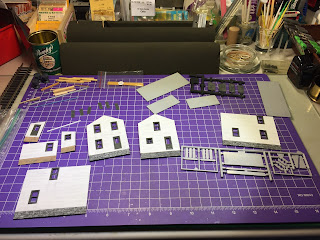 Before assembling the walls though, I decided to add clear styrene "window glass" and curtains. 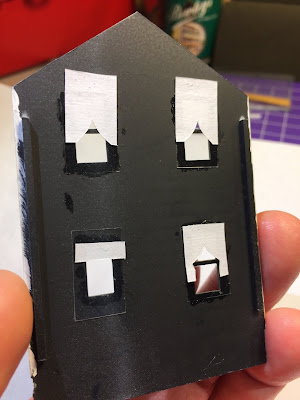 Window treatments are often overlooked, and they do take a bit of time to cut out and apply, but I think they really add to the overall "lived in" look of the model and imply there's something going on inside (even if you don't do an interior). 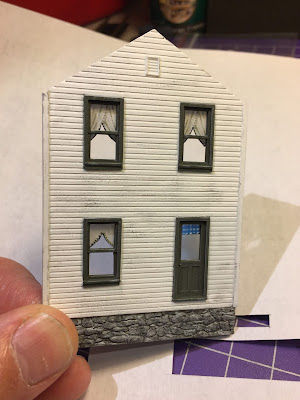 The window treatments are an old sheet of them I found in my scrapbox - which I then scanned and print out on a color printer as needed. 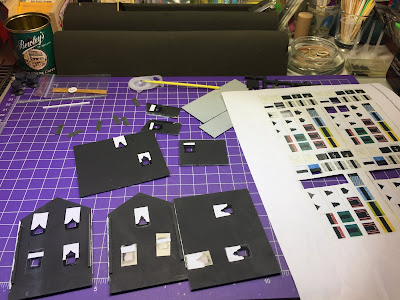 I also decided to add some Tichy shutters to the front wall to dress things up just a little. . . 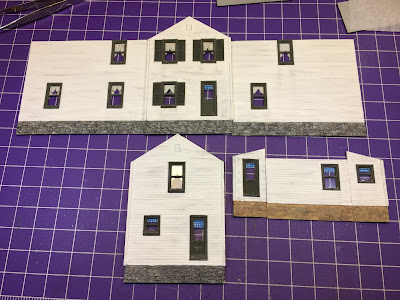 Unlike the Goff Brook Farmhouse, in addition to the green window frames and shutters, I decided to narrow the front porch. These City Classics kits just beg for modification, so you might want to try this yourself. 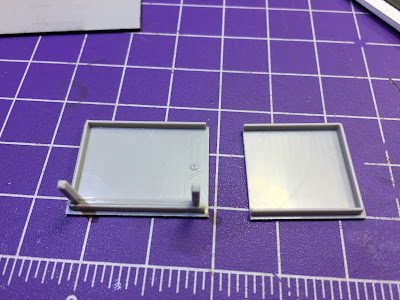 I started by cutting down the porch supports to just two (down from three) and then used that to determine the porch width. I've dry fit the supports above and cut the porch down, allowing for an overhang similar to the "factory" end. 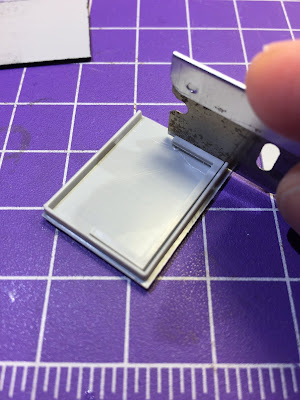 To allow room for a strip of styrene to finish off the cut end, I again used the porch support for a template to guide how much to cut back. 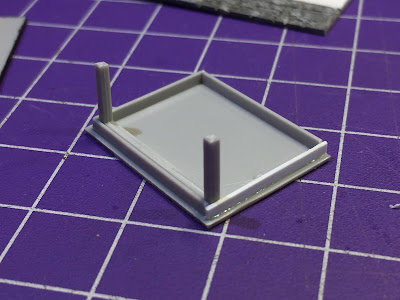 The proper size styrene strip is .040x.065 but the closest I had on-hand was .020x.066, so I just laminated two strips to get the proper thickness. Once all dry & cured, I'll file and fill as needed. 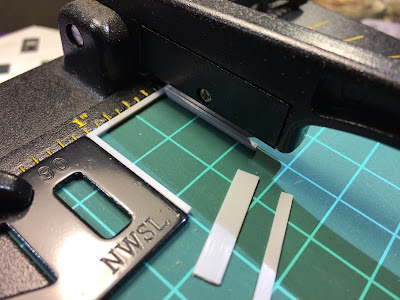 I cut down the roof support the same way I did the porch support (from 3 down to 2) and then used it to determine the width of the ledger board and front fascia trim board. 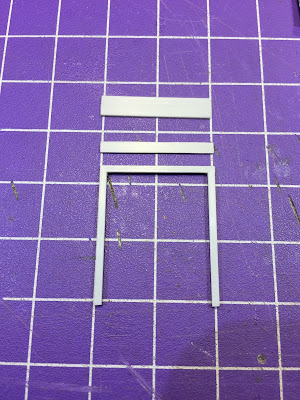 Here are the three pieces ready for assembly. First, I glued the fascia board to the front of the roof support. Then I needed to make sure the sides were nice and square before adding the side boards 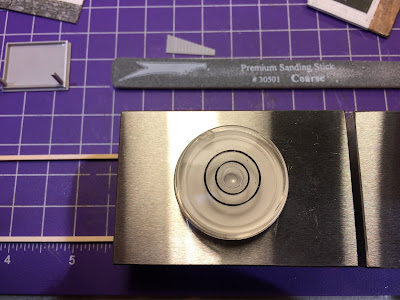 This is where having a perfectly level workspace really pays off . . . 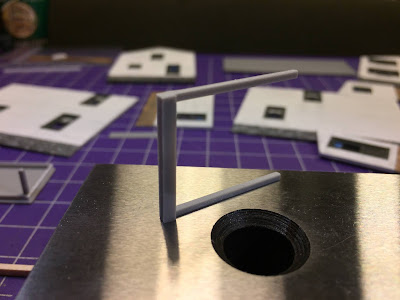 Once I could rest the assembly on its side, I was confident it was nice and square. 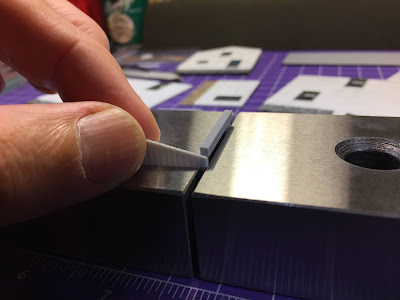 Next, I needed to add the side pieces. As you can see here, my steel blocks are a little too low to mock this up easily for gluing. 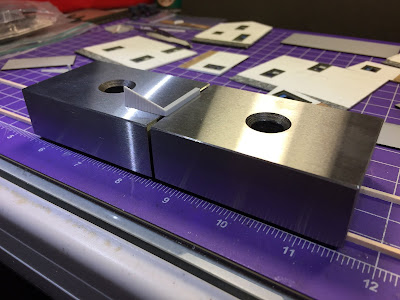 So, I just raised them the proper amount using stripwood. As you can see above, the side piece is now perfectly lined up and ready for gluing.

And that's where things currently stand. I don't even want to admit how long this all took, since there doesn't seem to be nearly the amount of progress I'd expect for the time I spent.

Far too often, I'm stymied by how long it takes me to accomplish anything modeling-wise. Unfortunately, that often means I end up not doing anything at all - and another hour/day/weekend goes by with little/no progress to show.

But another of the many lessons I'm learning from this project is that ANY progress - no matter how minor - is still SOME progress. It's much better to keep moving forward, even if the pace seems glacial sometimes. You may not get nearly the amount done think you should for the time you spend - but it's still LOTS more than you'd have done if you'd done nothing at all.

Seems pretty obvious, but I'm surprised how I have to keep relearning this lesson. And I don't think I'm alone.

So, I'll continue plugging along, listening to my podcasts, '40s music, and old-time radio shows and eventually I'll have some real progress to show. And I suspect the more I do, the faster I'll get.