So, Dave Messer and I are collaborating on the construction of the Gra-Rock bottling plant in Wethersfield. This building is one of the few "brick factory" looking industries on the layout, plus it received materials (and maybe even shipped finished product) by rail, so I had to include it. The fact that the prototype sits just south and west of the Wethersfield station makes it a huge part of the Wethersfield scene (for more about this area on the layout, click here). 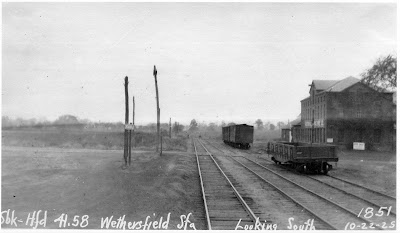 As the "caption" says, this is looking south. Church Street is the grade crossing, and the long passing track (middle track) is long gone by my era of 1948. 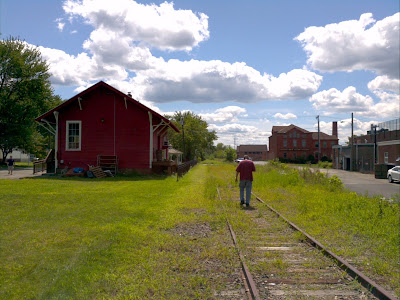 And, to show how everything fits, here's the scene in recent times. Still looking south, with Church Street (now long since paved) in the distance and the station on the left (BTW, that's Randy on the defunct track).

As part of our collaboration, Dave wanted to send me a "test mockup" before starting construction. So, lo and behold, I get this in the mail: 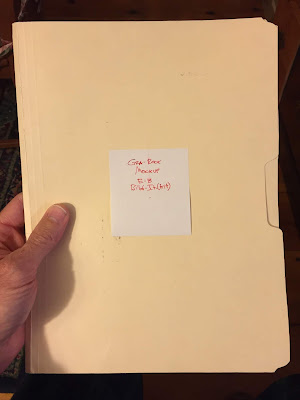 The first-ever (and perhaps only) "E-Z Bild-It" kit! 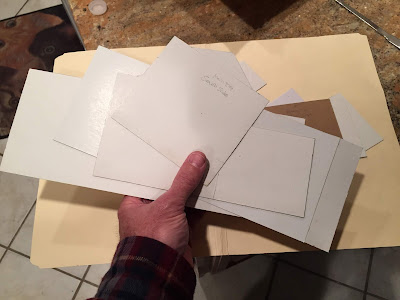 As with any kit, "some assembly is required." This particular "kit" consists of flat cardstock wall sections based on measurements that Bill and I calculated. It was difficult at first to figure out how to "selectively compress" a pretty large prototype building. One of my pet peeves in the hobby is (are?) industries that are so severely compressed they can barely justify a carload of freight. However, it became obvious pretty early on that if we built Gra-Rock to perfect prototype dimensions, it would overwhelm the scene and everything around it. Read on to see whether we hit the mark and achieved the right impression . . .

Here are all the pieces laid out: 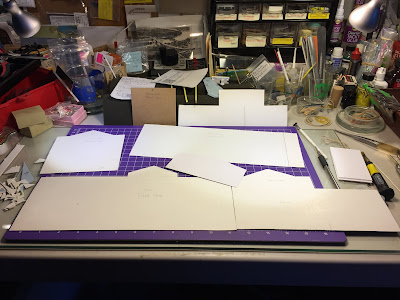 As you may have guessed, things went together easily and quickly with a flat surface and some masking tape (used instead of blue painter's tape for the stickiness as well as look). 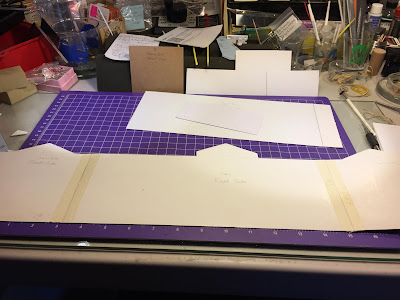 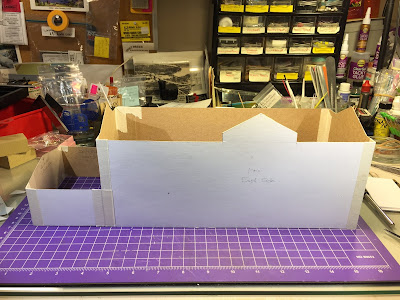 BOOM - You've got a building! 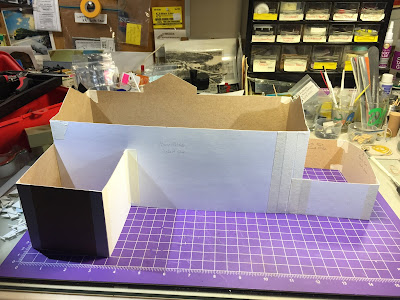 And here are some photos of the building in the scene (with a printed front wall showing the windows): 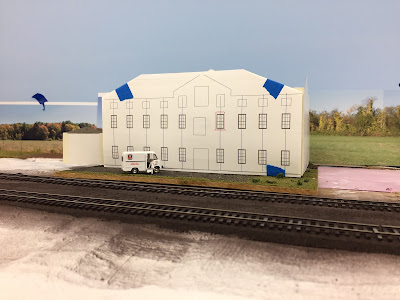 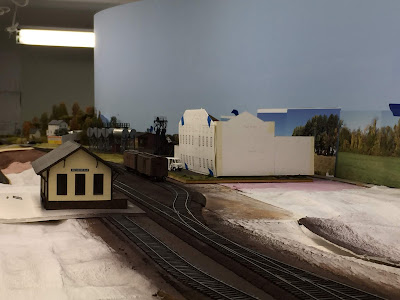 It's often difficult for a left-brained guy like me to embrace the "compromise" of compression. But the fact is, we seldom have the space on our layouts to recreate the prototype in perfect scale. That's where we really have to rely on our "right-brain" - becoming an artist that can convey the impression of a scene modeled in perfect scale, without actually doing so.

Hopefully, this mockup shows that we're on the right track.
Posted by Chris Adams at 12:01 AM