Throwback Thursday: The Choice of the '80s

If you've been on the Valley Local website (you do know about the website, right?), you may already know this from my "About" page, but I was introduced to the hobby 36 years ago this coming Christmas. Like many newbies, I went in both feet first - made a lot of mistakes and learned a lot in the process.

A couple of years in, I decided to become a "serious" modeler and that meant learning how to airbrush. 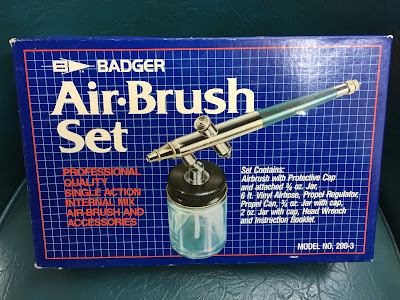 So I got myself an airbrush and - typical of me - my first project was painting a green & orange scheme New Haven Alco S-2 locomotive (heh - sound familiar?). Now, I wasn't sophisticated enough to mask & do the little curve of green between the cab and the hood, but I could certainly paint the two parts separately. I did - and it came out pretty nice, if I don't say so myself (shortly thereafter I sold that engine for double what I paid for it, based on the "custom" paint job).

Then, inexplicably, I didn't touch the airbrush again - or much else in the hobby -  for over 25 more years(!!). Despite my early success, its mystery continued to grow way beyond any reasonable proportion to reality. 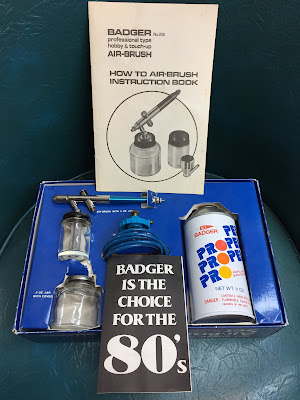 When I went to pick it up again a few years ago, all the lost time really hit me. Heh - maybe it was the fact that I still had the original packaging and Propel can (partially used on that Atlas S-2). But it was just the kick in the pants that I needed. And thankfully - with some help & guidance from my friends - I'm no longer intimidated by airbrushing. Heck, I almost even find it fun.


Don't make the same mistake I did. There's nothing in this hobby that you should be too scared to try. And the longer you wait, the more time passes during which you could have made all the inevitable mistakes - and you'd be an expert by now (even if almost).

So give that scary thing a try - especially if you have something that's been sitting around for over 30 years just waiting to spend some quality hobby time with you.
Posted by Chris Adams at 12:01 AM