On the Valley Line Today - Ghosts of the Fenwick Branch 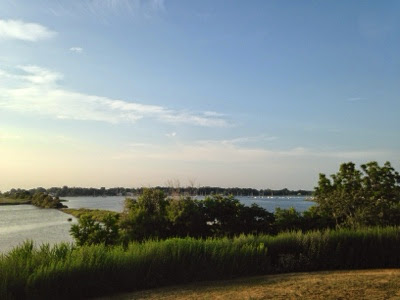 I shot this photo today while out on my morning run.  It's fairly typical of the landscape around Old Saybrook but looked nice with the boats in the distance, so I thought I'd capture it.

But I didn't realize until I got home and looked at it more closely that I'd captured a ghost.  Can you see it? 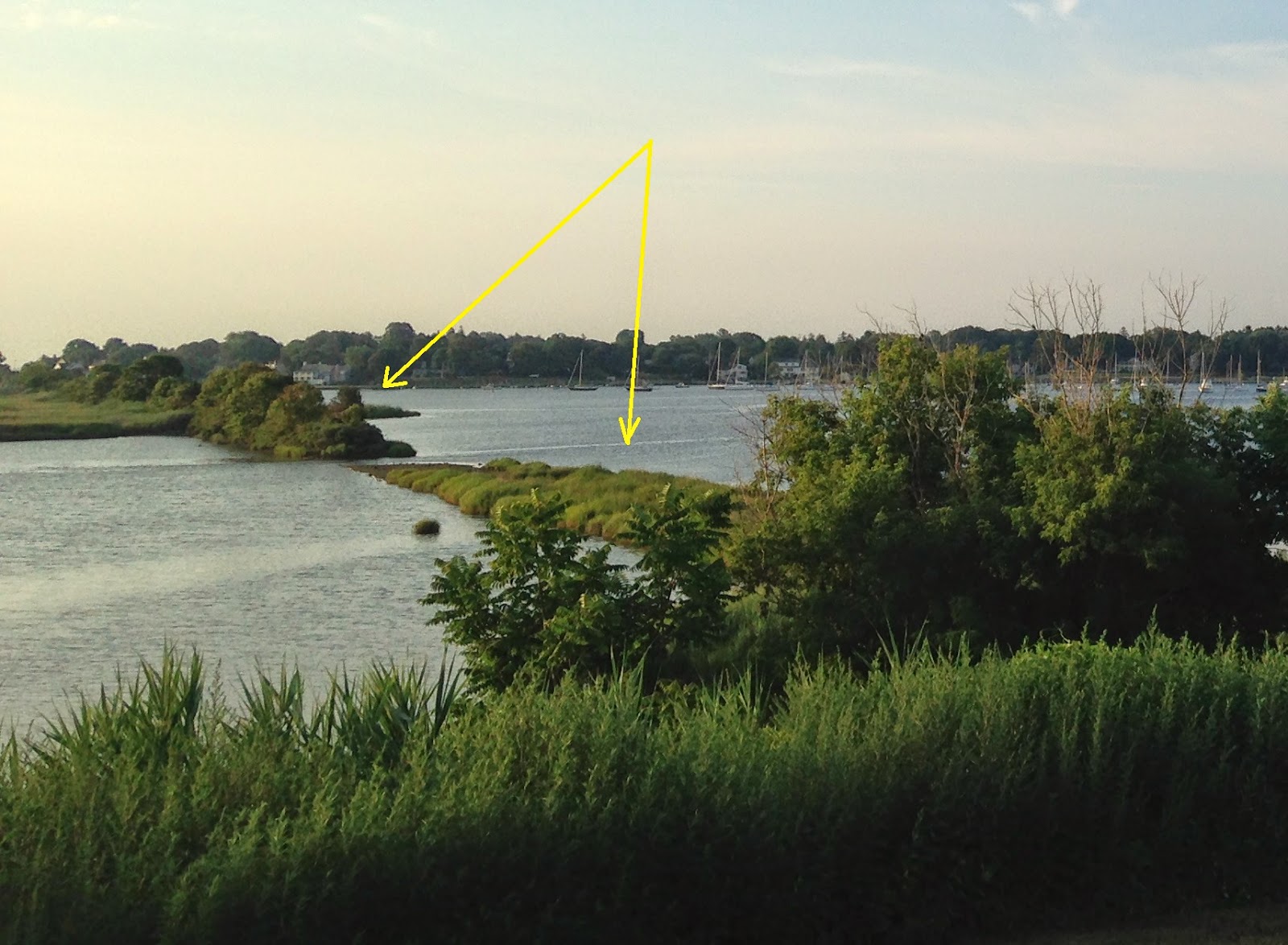 Those two little spits of land are just about all that's left of the Valley Line's branch to the tony resort borough of Fenwick.  The Connecticut Valley Railroad completed this extension from Saybrook Junction (where the line crossed the Shore Line Railroad at grade) in 1872, but it wasn't easy - requiring not one, but two long causeways over North and South Coves in Old Saybrook.  The photo above shows what remains of the causeway over North Cove (the causeway over South Cove is currently occupied by state Rt. 154).

Way back in 1893, during the height of its popularity, there were a dozen passenger trains per day over this section.  But, like on so many other railroads, passenger service dwindled after World War I and by 1917 the line had already been cut back from Fenwick to Saybrook Point, on the shore of South Cove.  The causeway over North Cove continued to see 4 trains per day as late as 1919, but that wasn't enough to justify keeping this section running so the line was cut back to Saybrook Junction in 1922.  Saybrook Junction is the southern end of the Valley Line today and all evidence of the ROW between there and the causeway above has been obliterated.

All the activity over the Fenwick branch was long gone before 1947, so I won't be modeling it. But it's still nice to see little ghosts like this pop up from time to time.  When they do, be sure to pay extra attention - they may not always be around for you to enjoy.
Posted by Chris Adams at 10:42 AM