Way back last June, I wrote about a debate I was having concerning whether to move the siding at the Wethersfield Lumber Co. What I didn't mention at the time was that the debate wasn't just internal, but had been prompted somebody familiar with the area who felt pretty strongly that the siding should more closely follow the prototype and be parallel with the mainline.

Well, I'd concluded last year that the trouble of moving the siding wasn't worth the extra prototype fidelity. But last month, I had a change of heart - not the least prompted by discovering this in the NHRHTA Photo Library: 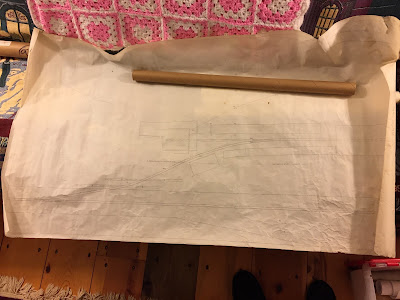 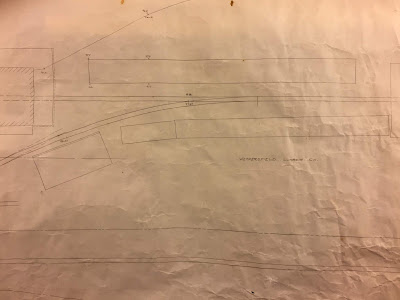 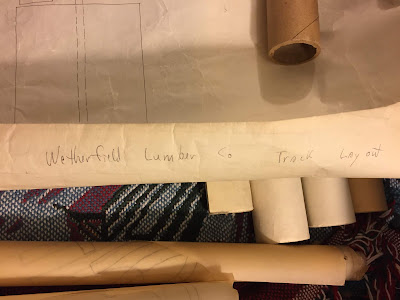 Yup - you see what you think you're seeing. Right there in our collection all along (or at least since the cardboard tubes containing a bunch of items were donated) is the honest-to-gosh prototype diagram for the Wethersfield Lumber Company siding. We discovered it as we were cataloging the items during one of our volunteer nights.

Talk about a shocker!

So yeah, I finally succumbed to Dave's persuasion - pushed along pretty hard by this discovery as well. The siding is on the move - but don't expect me to include the switchback. Really.
Posted by Chris Adams at 12:01 AM