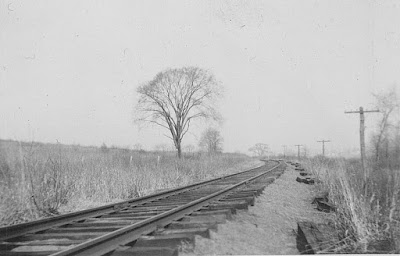 With many of us now staying home, by choice or necessity, and operating sessions, club functions, and events being cancelled far into the future, it seems just like that we're all "Lone Wolf" modelers now.

That self-isolation is typically a personal choice - not a mandated one. Internet memes that say something to the effect of: "Model Railroaders - Social Distancing Since the Dawn of Time" resonate because they ring true. But you never miss something more than when it's gone.

And now more than ever we need NOT to be Lone Wolf modelers. We need community. We need to leverage online social networks, get involved in virtual clubs, participate in internet RPMs and connect with others. Whether we want to admit it or not - and no matter how true those memes are - we humans are relational beings and need to connect with others.

But community is not only important for our mental health, it's also the key to learning new skills and gaining more experience in the hobby, whether you're self-quarantined or not.

I posted a quick poll for feedback on different types of ballast and received a variety of responses within a couple of hours, from folks from - literally - all around the world.

Back in the "old" days, whenever I was confronted with a problem - say with how to do a bit of scenery - I'd have to go through all my back issues of MR or spend time reviewing Frary. And I still might not get the answer I need - and certainly not very quickly.

But now, thanks to having started a Facebook group for my layout - not to mention having this here blog and a website going on over 6(!) years now (you do know there's a website, don't you?) - I can reach out to a model railroading community in the thousands almost as easily as yelling to them from the other side of the basement. It's been a great way of getting through some roadblocks, getting advice and another perspective, getting the benefit of another's experience, and just generally getting some quick feedback on the best approaches to solving a variety of problems.

All in all, connecting with and participating in a community can be a great antidote to analysis paralysis. Heh - just beware that you can sometimes have too much of a good thing. Everyone has an opinion and most are glad to share their views. YMMV, but I've found that the best approaches, advice, and information tend to percolate toward the top.

That risk though is, IMO, well worth the benefit of feeling like you're - and in fact being - part of a community. And I think that's especially important during these times of self-imposed, and sometimes mandated, isolation.

I'll close on another quick case in point:

After a particularly stressful day at work (I had no idea working from home could actually be even more stressful than being in the office. Go figure.), I went down to the basement and had only enough mental energy to pick the low-hanging fruit of removing masking tape from my track while listening to a model railroad podcast. It was so nice to have some welcome and familiar company in the room "with" me. But it was nicer still to be able to send a quick email to the producer to tell him how much I appreciated the show.

A few minutes later, he replied and we had a nice chat over IM. When that got to be too cumbersome, we just decided to chat over VoIP - and did so for a bit over an hour.

It was just like he was there in the basement with me, and we were just hanging out while working on the layout - except I'm in Connecticut and he's in Canada.

Same thing's happened with a cyclist friend who also happens to be a model railroader. And he's in Hawaii. Another guy I've met is a Mustang restoration expert, as well as a conductor for Amtrak. He's in Oregon. Met another guy IRL first when visiting his layout - but the visit was set up by that guy in Canada. The layout was in North Carolina. A New Haven RR fan contacted me through my blog and we've become regular correspondents as well. He's in Montana.

You get the idea.

I think one consolation of this time of crisis in our world is that it's given us time - not only to do more modeling, but to reassess a lot of things, review our priorities, maybe even rethink how we do the hobby and connect with others. Maybe even develop some new relationships & cultivate existing ones in new ways, despite being so isolated.

You may prefer to be a "Lone Wolf" modeler, but we're not only in this crisis together, we're all in this hobby together too. Hopefully, we'll come out of this with a better understanding of ourselves and each other. Participating in community is the key. I can't think of a better way to maintain mental health and develop modeling skills at the same time.
Posted by Chris Adams at 12:01 AM