Having already pretty well perused the vendor show and model displays, Saturday was primarily another jam-packed day of clinics. The day started off with a really impressive presentation by Todd Hermann on his modeling of the LNE's Catasauqua Branch. If the goal of a presentation on a particular railroad is to get you to want to stop whatever you're working on and model that railroad, then Todd hit it out of the park. What a cool prototype! And the layout itself is even more impressive in person - but that's getting a little ahead of ourselves . . .

I followed that up with another great prototype presentation, this time on the B&O's Allegheny Yard by Eric Hansmann (which I mentioned in yesterday's post) which was right before the talk given by Yours Truly.

Andrew Dodge - who has the amazing O scale Colorado Midland layout I mentioned before - gave the next clinic; this one on model railroad operations. And I finally got to see a presentation by fellow AML-er Tom Jacobs on his Reading RR-based layout (being built in its own dedicated building!).

While I enjoyed seeing everybody's progress and learning some new things along the way, Lance Mindheim gave one of the most provocative presentations of the weekend. "Model Railroading as Art" certainly resonated with me as I (as I'm sure many of you) struggle a bit to find the right balance on the spectrum between prototype and freelance modeling (what Lance may refer to as "illustration" vs. "Art" - but that's a debate for another time). I already had his latest book on the topic on my Christmas list - and now I'm looking forward to it even more!

Two days of clinics were rounded out by Bill's presentation on the model railroad manufacturing process and one last, great presentation by Mike Pulaski about how he's modeling the Mohawk & Hudson using a great combination of prototype & freelance elements.

The only regret/complaint I had of the clinics/presentations was that I couldn't see them all and had to make some difficult choices. As it was, one of the clinics I would have probably gotten the most practical benefit from was one of the ones I totally missed - the one given by Dave Ramos, et al on weathering. Ah well. "There's always next year..."

While the MARPM - like most RPMs - is technically over Saturday night, there was more to do on Sunday, including two official (and two UNofficial) layout tours!

So, since this post has been nothing but text so far, I'll treat you to a visual feast of the first layout we visited Sunday morning - Bernie Kempinski's Aqiua Line (which just so happens to be featured on the cover of the current issue of Model Railroader magazine!). Bernie combines his loves of military history, modeling, and art to create a world where it's easy to forget that you're not actually in northern Virginia during the late winter/early spring of 1863. I'll let the photos of his impressive work speak for themselves (you'll do yourself a favor if you enlarge the images by clicking on them . . .) 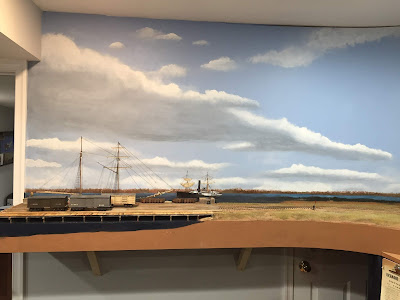 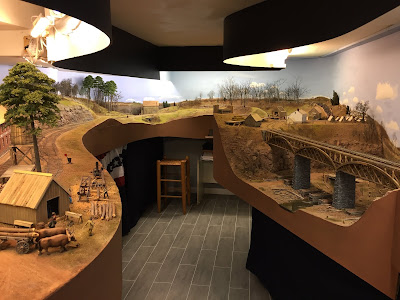 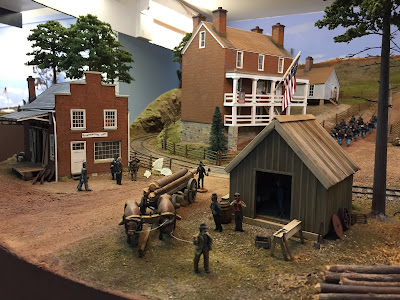 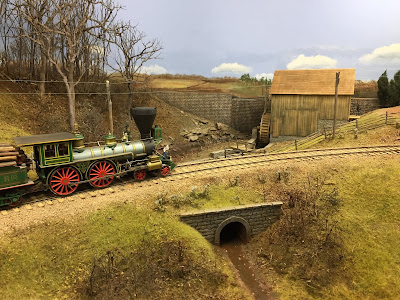 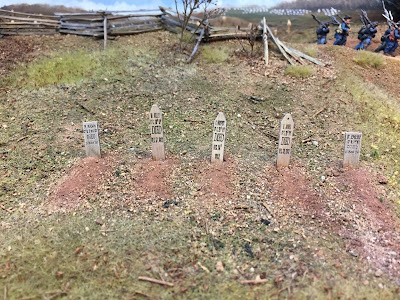 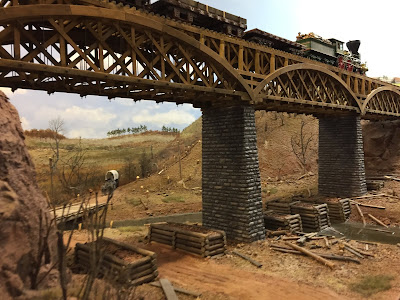 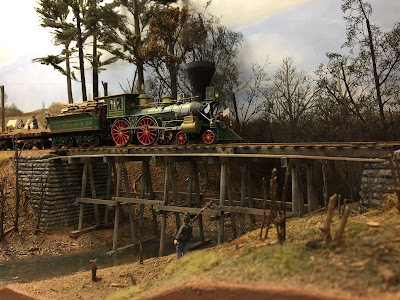 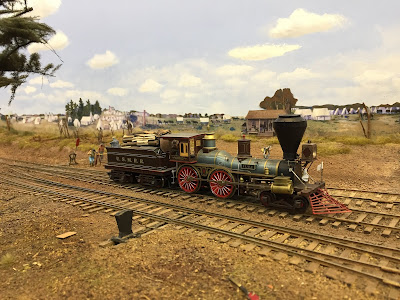 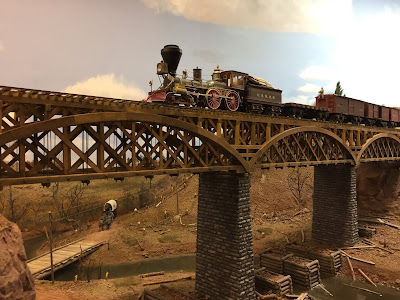 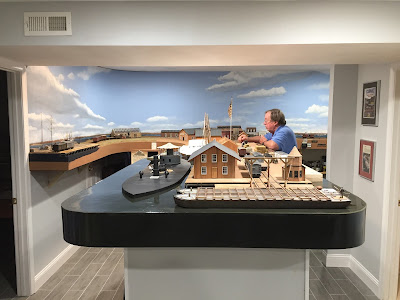 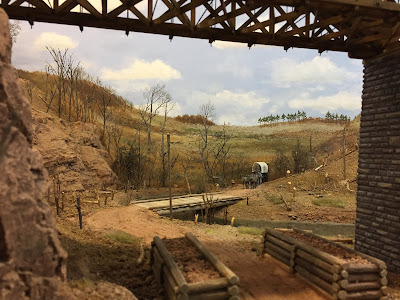 Yes, Bernie paints his own backdrops and the amount of depth they give to the truly-impressive 3D modeling in the foreground has to be seen to be believed. These photos don't really do them justice. I couldn't help but keep thinking this whole layout looked like a large Civil War museum diorama - with operating trains. Really amazing.

With 3 packed days already behind us, I couldn't believe there was still so much cool stuff to see - and Bernie's place was only our first stop of the day! But the rest of the day will have to wait til next post...
Posted by Chris Adams at 5:48 PM