Been working on the end of the Berlin Branch lately and, given that there aren't too many photos or information on the area, I've decided to freelance it just a little so I can use some great structures I recently acquired.

Unfortunately, one of those structures was a bit too large for the space I had, so I decided to move the siding to accommodate the building. But before doing anything drastic, I wanted to be absolutely certain that the trackwork would work here - not to mention figure out precisely where it would go. So I positioned the structure again for a final check... 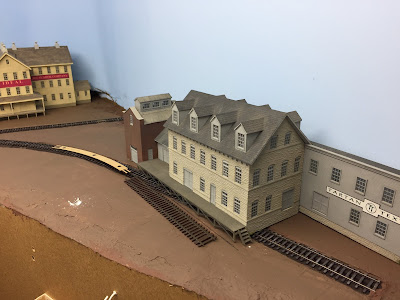 and used an 18" radius template to get the siding to swing out enough and provide as much tangent track as possible. Yes, that's a tight radius, but certainly no problem for a 2-6-0 and 40' cars. Besides, tight curves aren't uncommon for industrial trackage. 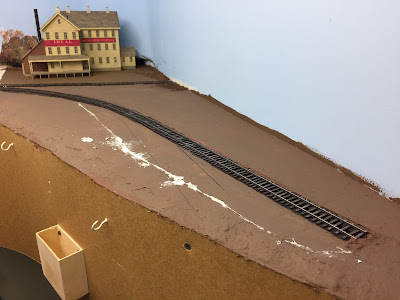 Using the marks from my skewers, I determined where the plywood subroadbed ended and marked that out. 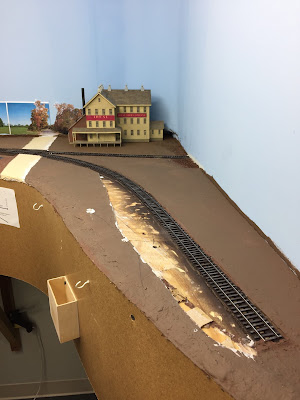 Then I removed all the ground goop in that area . . . 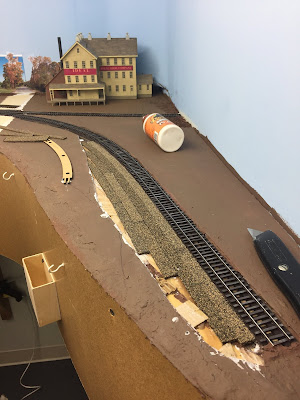 and backfilled with more N-scale roadbed to make a nice, flat area . . . 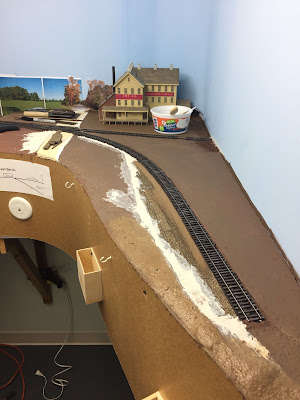 Then, I filled in the gaps with some vinyl spackling. 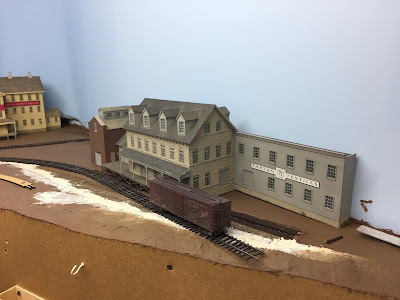 Here's the siding moved, temporarily, and the structure put in place to check everything. 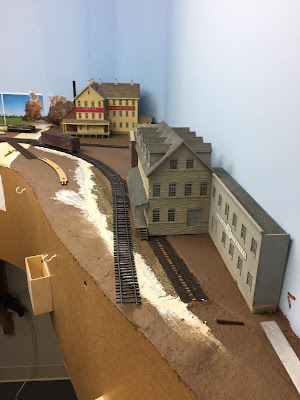 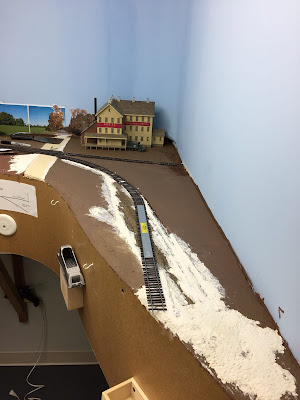 More spackle to even things out, and a straight gauge to align the track. 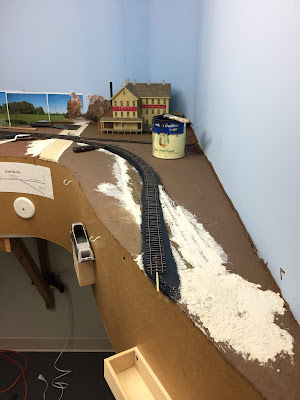 To simulate a cinders under the track, I added some black paint - but since I didn't want to remove the track itself (it's actually soldered to the turnout), I lifted it with a putty knife and skewer and painted under it - leaving the track suspended while the paint dried. 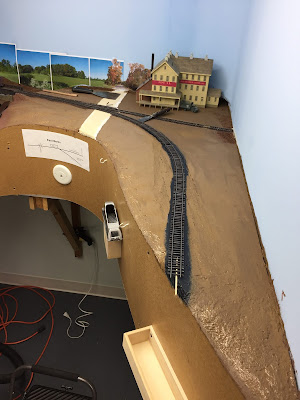 I also painted all the surrounding area to pull it all together. 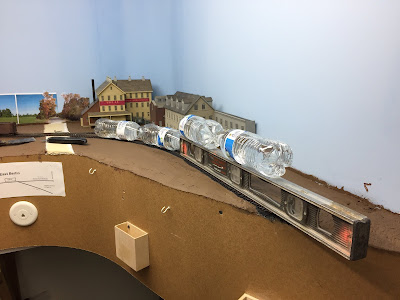 After all that dried, the final step in the siding relocation was to put down some Aleene's tacky glue and weigh down the track.

We'll see how all this turned out next time!
Posted by Chris Adams at 12:01 AM