I can't believe it's been over a month since I (finally) started painting the buildings at East Berlin (click here for the start of the saga). But this time, my hiatus isn't due to procrastination, but to lack-of-time. Well, lack of big blocks of time where I can work my way into painting some more.

Fortunately, despite my busy time at work, I've been able to get little 15 minute chunks of progress in. As proof, folks following The Valley Local group on Facebook have seen the "Morning Progress" photos which are becoming somewhat regular. Seems the time I make before I go to work is the only free time I have lately.

But when I can, I've been confronting my latest challenge - painting effective mortar lines. It's been about 4 1/2 years ago (yikes!) since I last did a brick building (Ballantine's Beer Distributor) and that came out pretty well. Fortunately, I documented what I did (in this blog post) and tried to follow the same technique - just using a wash of PollyS MILW gray, thinned 5:1. Unfortunately, this time the brick didn't turn out as nice - at least not so far... 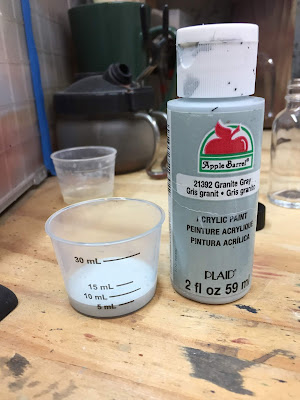 I didn't have any more of the PollyS gray on-hand, so I picked out a bottle of craft paint that looked pretty close - in this case, Apple Barrel's Granite Gray. I put 5ml in the cup. 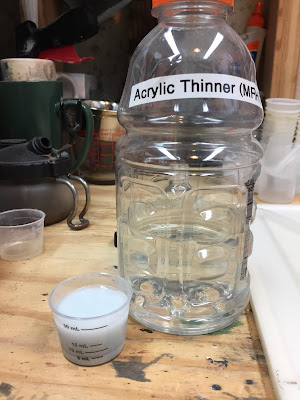 I then filled up the cup to the 30ml mark with some acrylic thinner (made up from a formula Joe Fugate introduced in his acrylic painting book). 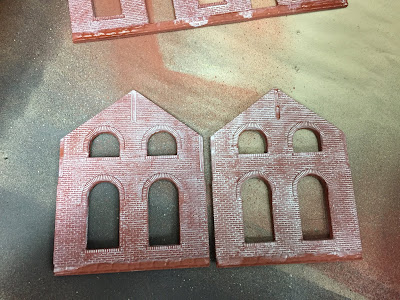 Figuring the station is the least-prototypical (i.e. important) of the buildings I'm doing in the area, I practiced with them first. I brushed on the wash and then wiped it off. Didn't come out so good... 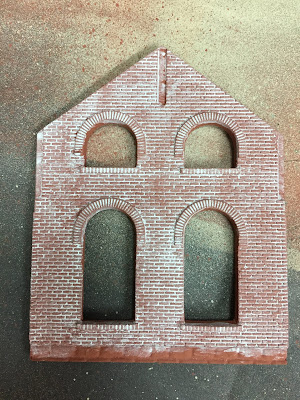 I tried moistening my finger to get the white off the brick faces, and that helped a bit, but still not great. 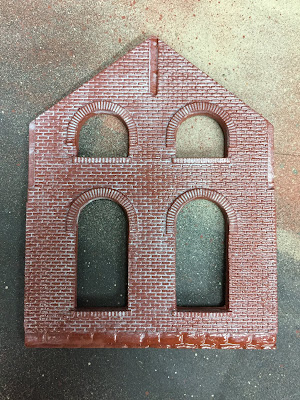 I even tried a pencil eraser. Looking a little better but still not the look I'm trying to achieve.

So I moved on to some other wall sections, trying the same techniques. 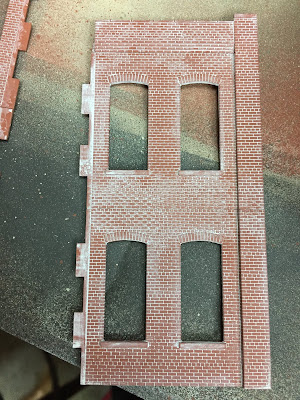 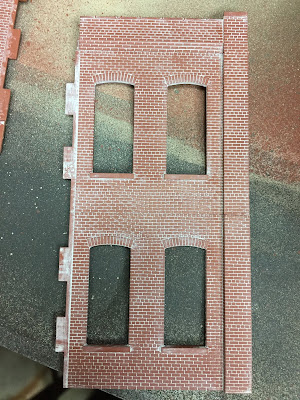 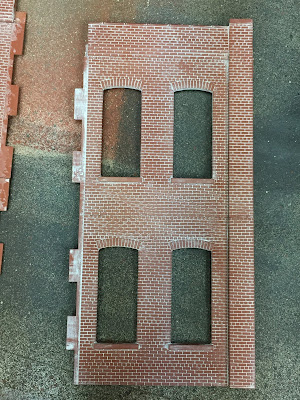 Looks a little better. Maybe I should have used a glossy based brick color. Maybe the wash is getting into the flat finish and making it hard to get off the brick faces? 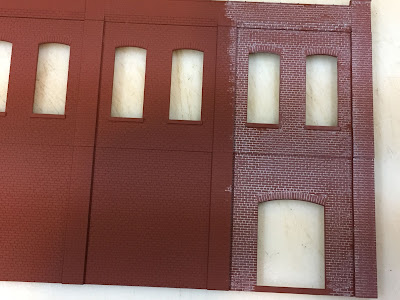 Finally, instead of brushing the wash across the whole wall, I tried just flowing it into the mortar lines themselves, relying on capillary action. That came out much nicer - but still got on the faces of some of the bricks. 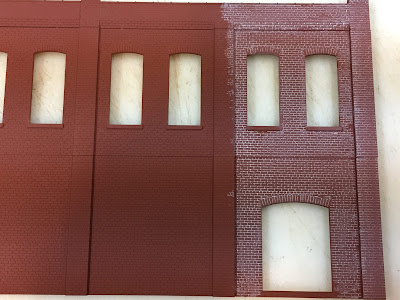 So out came the pencil eraser again. This looks the best so far and if I can't figure out a better technique, this may be where I settle. Maybe the mortar color is too bright/white...

Let me know if you think I'm doing something wrong here and/or if you have any additional suggestions/techniques to try. At least I seem to be heading in the right direction - the last wall I did is definitely better than the first one - but still not looking quite right.