Just a week-and-a-half to go before Crazy Time at work starts to calm down. In the meantime, I've converted my before-work rides & runs to Layout Time! Of course, it helps that the weather's been lousy just about every morning. It's much nicer to have a cup of coffee in the basement rather than toughing it out in the rain. . .

So lately, I've been doing a little tinkering on a Mogul and have started to experiment with backdrops in East Berlin. 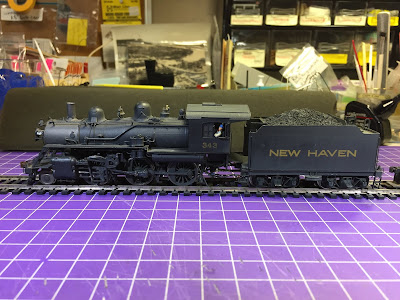 During my last ops session, a couple of nagging issues with the #343 came bubbling up to the surface and got it added to the punch list. The rear coupler was too low, the tender didn't track well, and the engine would bog down at turnouts.

The issue with the coupler was two-fold: 1) I'm using a whisker-spring KD rather than the more traditional coupler (with the separate centering spring), and 2) the coupler box itself was tilted on its mount. Both issues together caused the coupler to sag significantly. 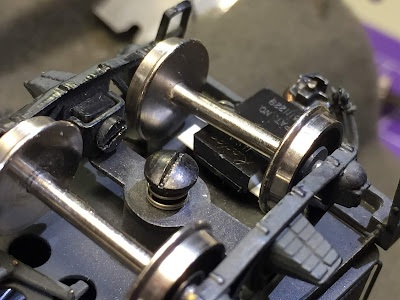 I addressed both issues simultaneously by adding a strip of styrene under ("on top of" - when the engine is upright) the back of the coupler box. It over-tilted the box slightly the other way, but that offset the slack/slop there is when using a whisker KD in the standard KD coupler box. 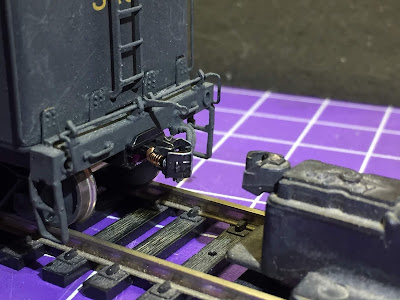 Next, I turned my attention to the tender . . . 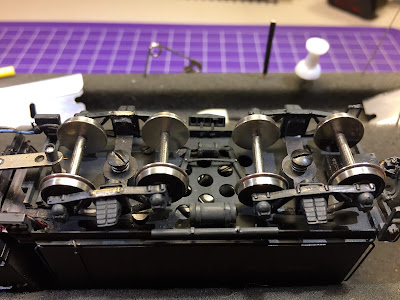 The tender trucks on this particular model are rigid on one side and free-pivoting on the other side.

My track is pretty decent (if I don't say so myself), but it seemed even not-so-bad track was giving this tender fits - especially on curves. 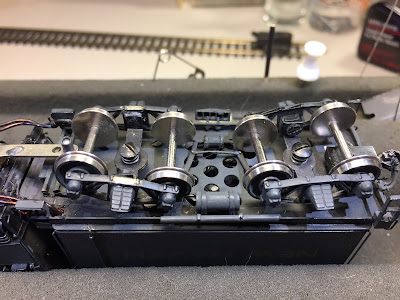 The solution turned out to be pretty simple - though it did take some care to execute. I just turned one of the trucks around so that the opposite sideframes would be rigid/free pivoting. Of course, the finicky part was removing the wheels on the truck I turned and replacing them so that the insulated side was still on the engineer's side - just like the other truck.

Problem #3 is turning out to be a bit more of a problem. Turns out, the main driver wheelset on this locomotive is ever so slightly tight in gauge. That's not so bad, except when it encounters a Micro-Engineering turnout which is ever so slightly out of gauge. The combination of the two issues causes the locomotive to bog down noticeably in the frog.

So, since I am NOT going to regauge the driving wheels (way too much trouble for as little out of gauge that they are), I've started filing out the frogs & guardrails of the ME turnouts. My first experiment proved promising - just have to finish that and the do another 73 turnouts(!)

But before getting too far along on that tedious job, Bill came over and we started playing a bit with photo backdrops. I started by doing some mocking up on the floor: 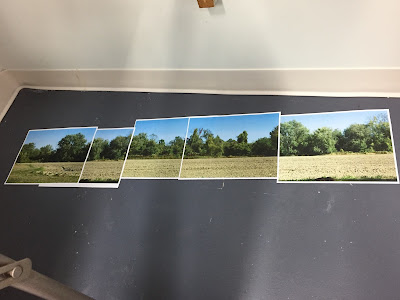 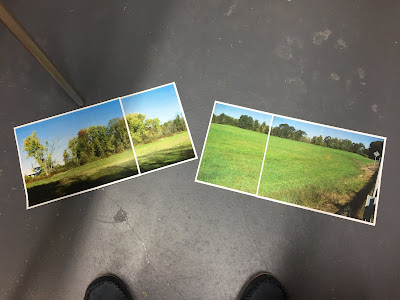 Then started mocking up a bit in East Berlin . . . 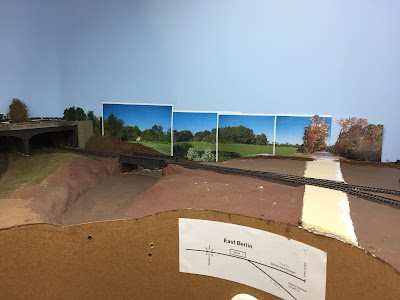 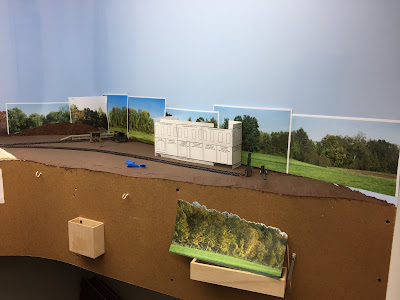 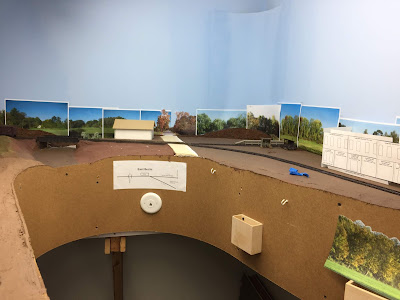 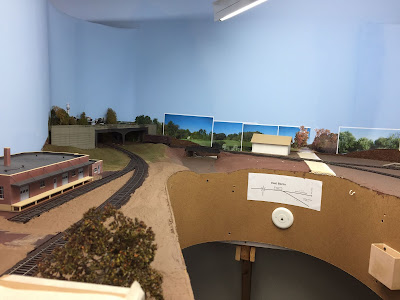 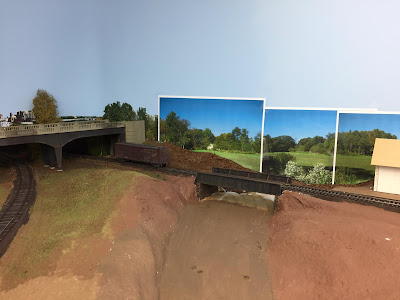 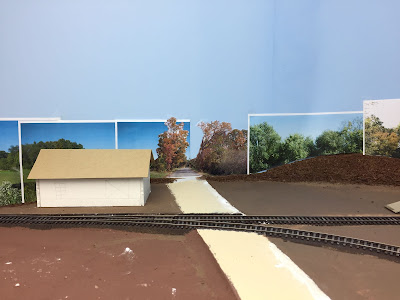 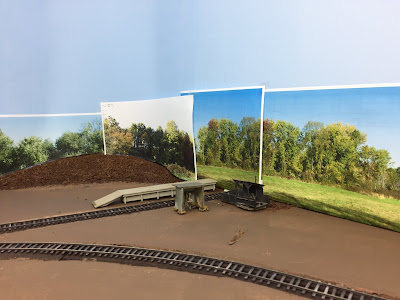 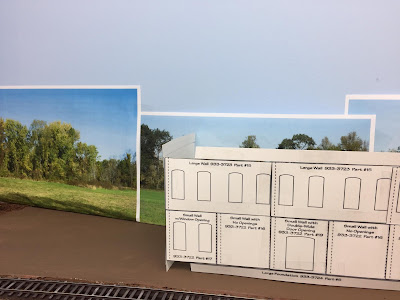 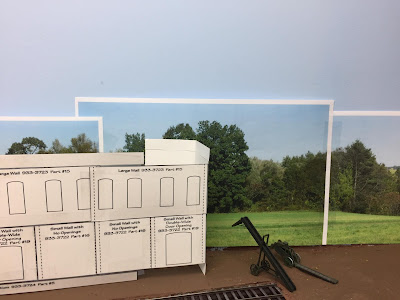 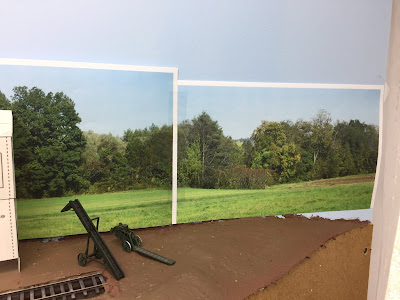 So that's it for now. I've actually made a bit more progress lately than these photos would lead you to believe, so I have lots more to report. Hopefully the upcoming 3 day weekend break will allow me some time to get caught up. In the meantime, if you're a member of "The Valley Local" Facebook group, you've already seen some of what's been going on more recently. And if you're not a member, all you have to do is go there and ask to join to get more frequent updates.

Until next time, here's hoping you and yours have a wonderful weekend with your families!