If you can't be with the one you love, love the one you're with.
(apologies in advance for the earworm)

This is a story about doing a project that you hadn't thought about, hadn't even occurred to you, but was then staring you right in the face and - doggone it - it was something you could do, rather than try and soldier on with the project you should be doing.

The project I should be doing is continuing to work on Wethersfield. But instead, I saw this . . . 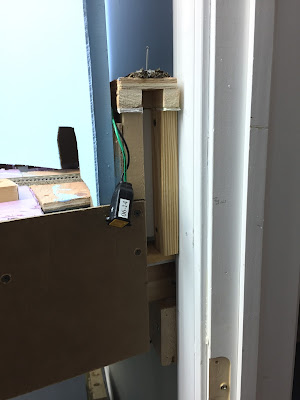 . . . and for some reason, despite seeing it a million times before, I wanted to do something about it Right Now. So, I set to work. 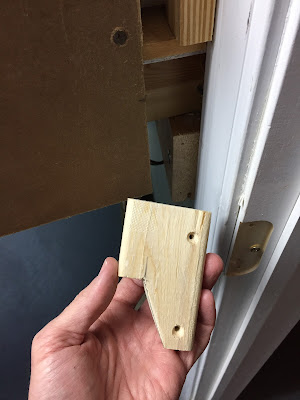 First, I made a combination backer/splice out of scrap 1x3 (with countersinks :). . . 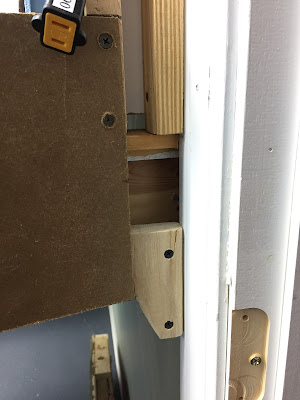 Next, I added additional masonite to dress up one side of the slot that accommodates the lift-up bridge (aka hinged-drop-down). . . 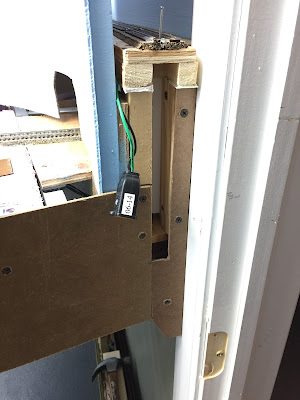 Then, I focused on the much-more-complicated left-hand side coverage . . . 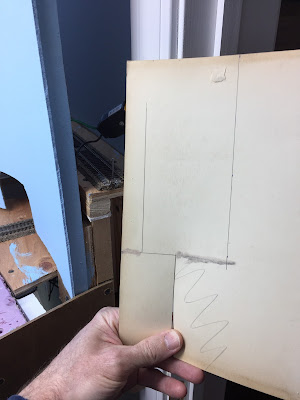 I decided to tackle it by making a cardstock template I would use for cutting the masonite later. 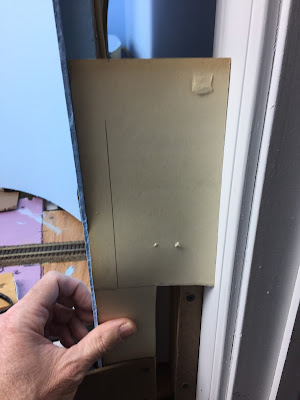 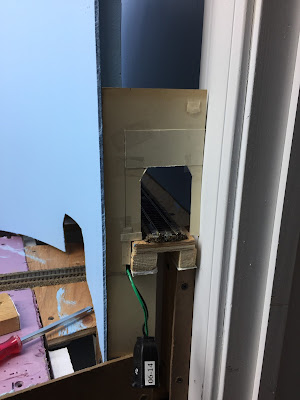 I found the template profoundly helpful in cutting the proper lines which would allow the masonite to fit nicely around all the bumps and turns ... 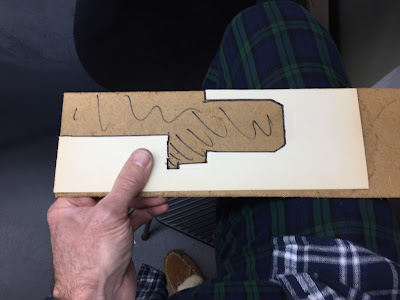 Next, I thought the "tunnel" beyond the opening would be too noticeable (blue and lit from ambient light), so I decided to spray paint it a flat black to make it disappear. 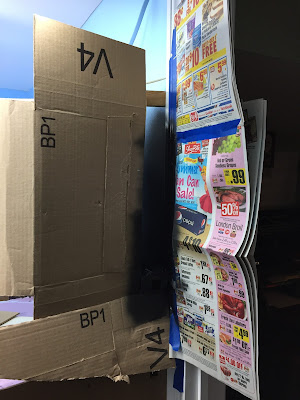 Those who know me personally will know what a huge evolution the above photo represents. In times past, I would have spend days weeks agonizing over what to do here and how to do it. Nowadays, apparently, I just get out the spray can, get some scrap cardboard, newspaper and tape, and have at it. 20 minutes and done. My how the anal-retentive have, um, loosened up. 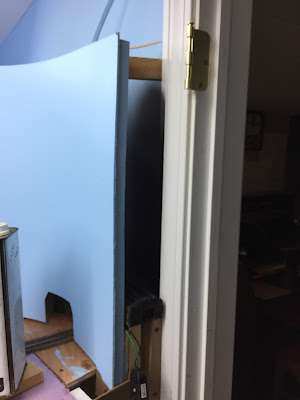 But you can't argue with results - that wall is gonna disappear nicely... 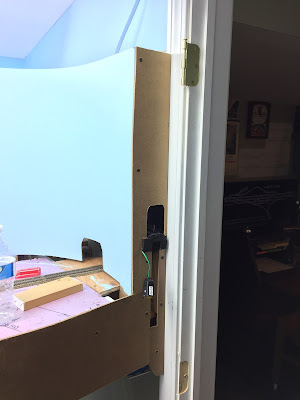 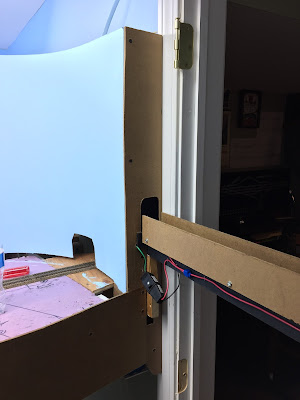 And here is a "finish" shot, showing the final product with the lift-up bridge in place - full masonite coverage and a much nicer, cleaner appearance compared to how it used to look. 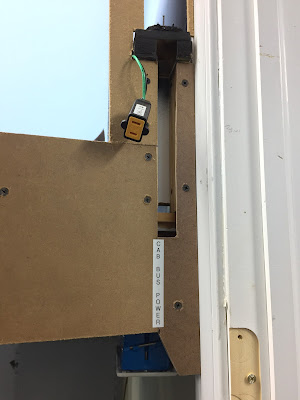 And segueing back to my cab bus switch, I decided to kill two ... um . . . accomplish two objectives at once: covered the joint in the masonite, and labeled where the cab bus power switch is located.

While I wouldn't at all advise or condone the behavior (apparently?) advocated by that old song, sometimes tackling a project that you feel like tackling rather than slogging through what you "should" be doing on the layout, is just the thing to keep your motivation and interest in the layout as high as possible - and a lot more fun!
Posted by Chris Adams at 12:01 AM