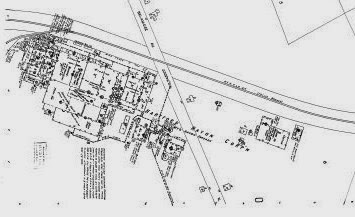 The Hartford Rayon Company was, by far, the largest industry on the Valley Line. Located in the Dividend section of Rocky Hill, it received tank cars of chemicals and shipped boxcars of - you guessed it - rayon. It was especially busy during WWII producing parachutes. But even after the war, with the post-war boom of consumer production & consumption (pantyhose, anyone?), it kept the Valley Local busy with traffic.

As the largest industry, I know the building is going to have to be large. And - typical of anybody's layout - I don't have a lot of space, so a mockup is absolutely critical.  So, as promised, here's more on the mockup of Hartford Rayon.

Again, I went to BillS for help producing the mockup and - thankfully - he enjoyed the challenge enough to take it on. Unfortunately, he didn't have much to work with as far as prototype photos.

Even though we only had one "historic" photo to go on, the complex is still around today, so I got a few more photos:


Based on these photos alone, Bill worked his magic and produced the "parts" for the mockup:

Then it was just a matter of gluing/laminating the parts to matte board and then cutting them out:

The "cutting out" actually took the longest amount of time, given all the sawtooth roof profile.

The other challenge was that the building is so large that the parts couldn't fit on one sheet.  No problem - Bill organized them so they could printout on standard size paper, but I had to join the parts together:

Using my handy dandy gluing jig made gluing the corners a lot easier (those gray squares indicate where the jut-out portions of the building will go): 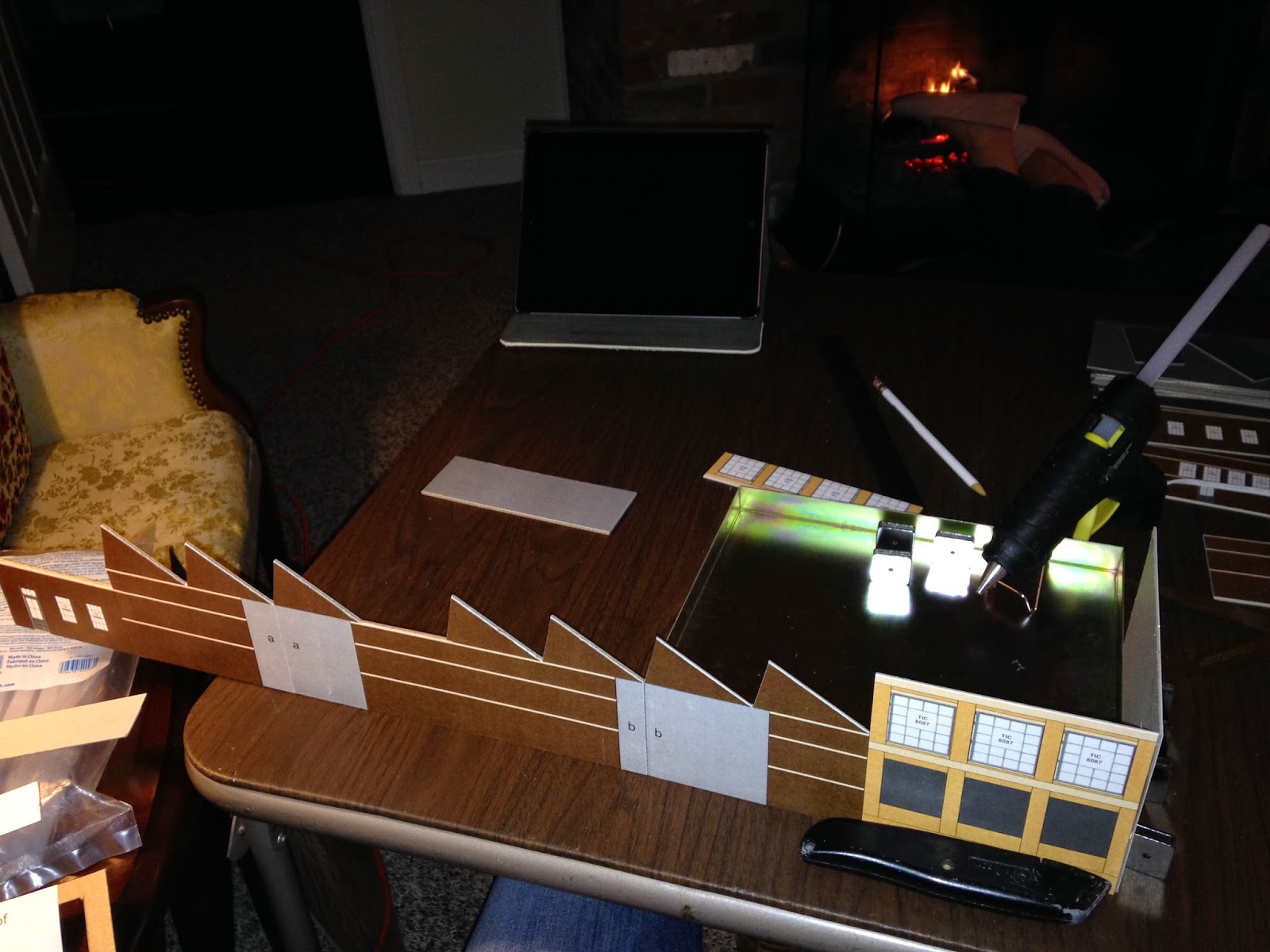 Once all the parts were glued together, I fit it on the layout:

Here are a couple more views showing the initial placement on the layout:


Of course, the lack of a back wall would bug me - even in a mockup - and you can't have a roof without that 4th wall to support it. So, since it was the aisle-side anyway, I decided to just do a plain wall: 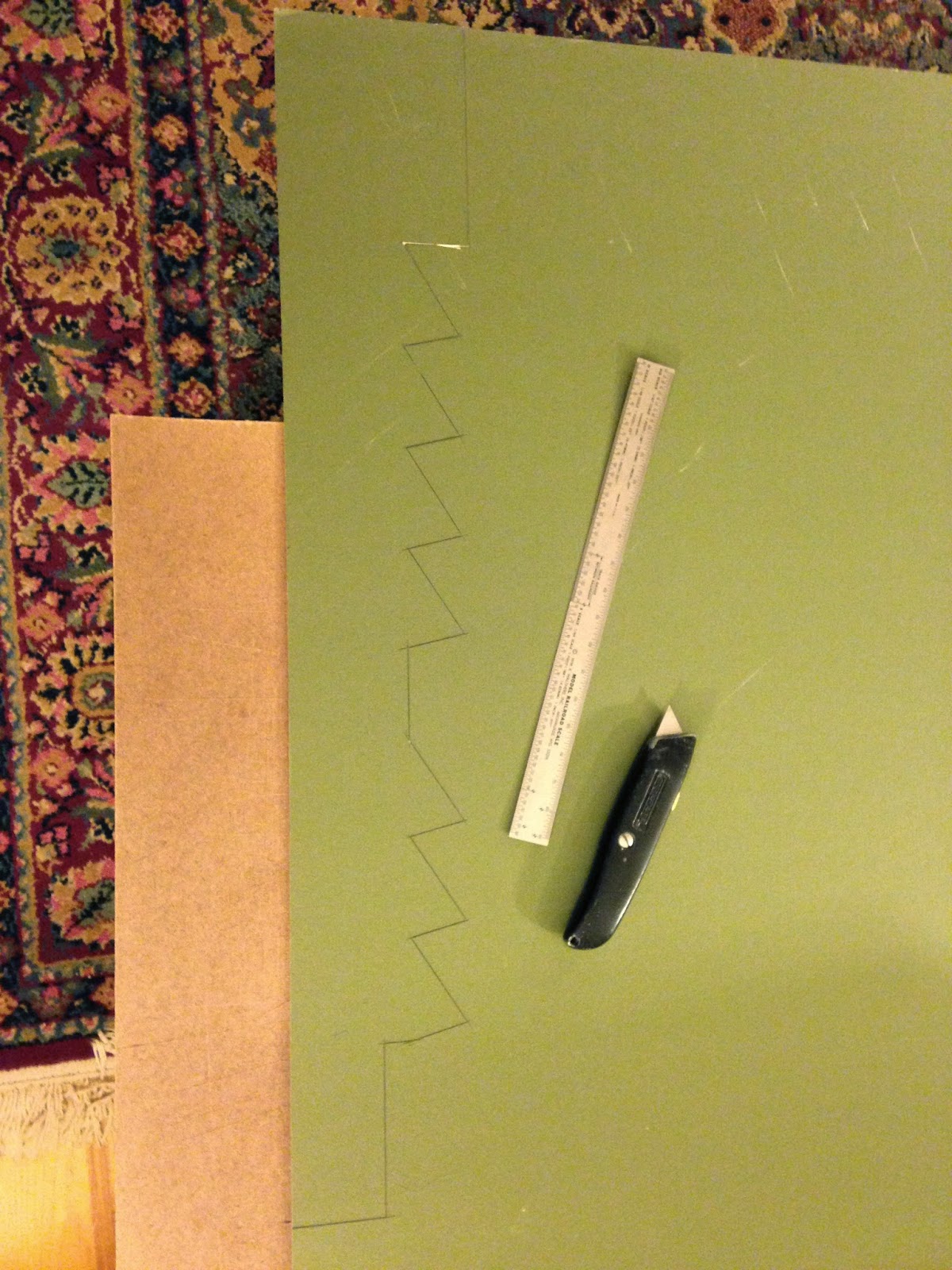 Then cut it out: 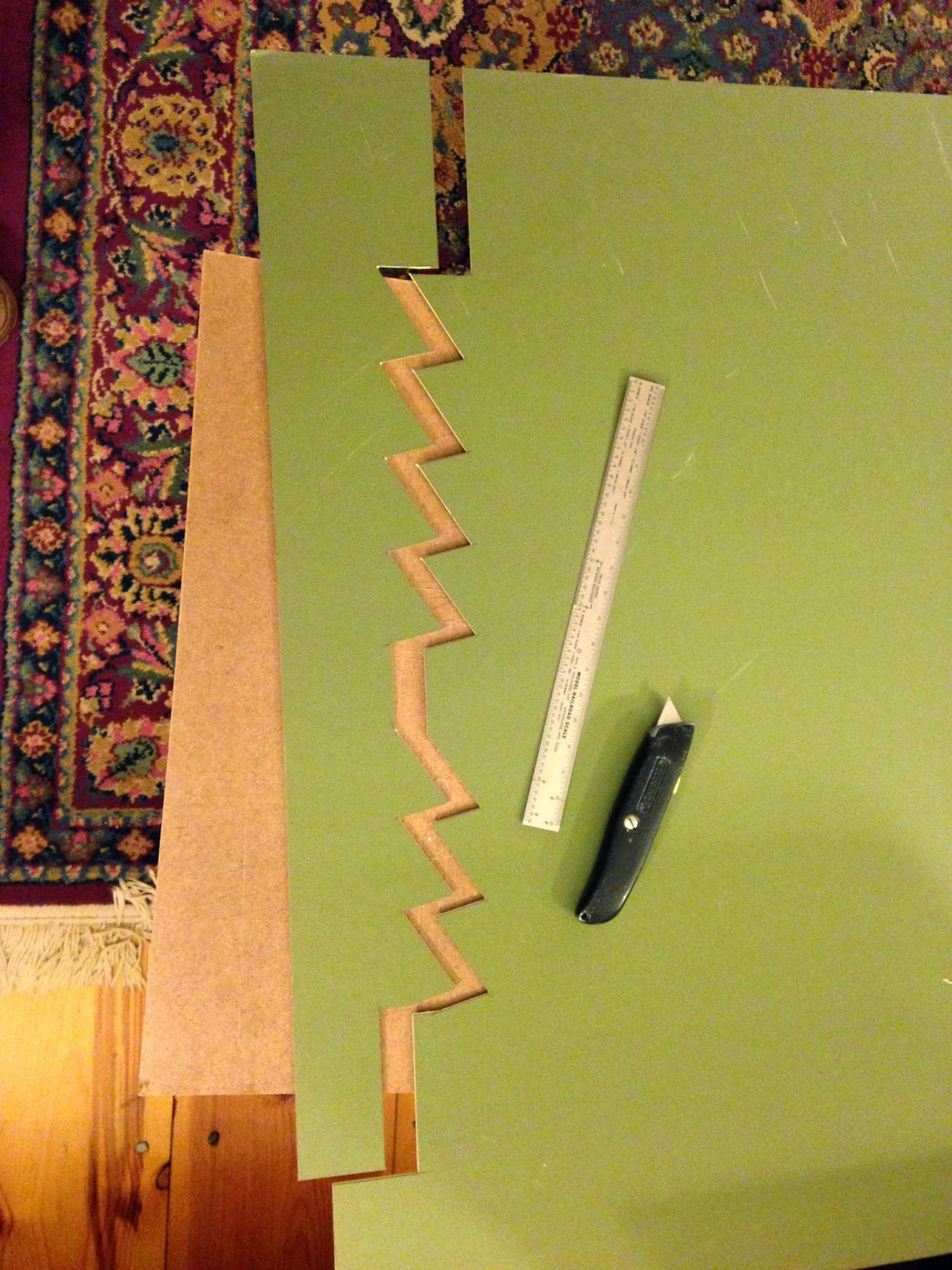 Once the back was cut out, I concentrated on adding the building jut-outs: 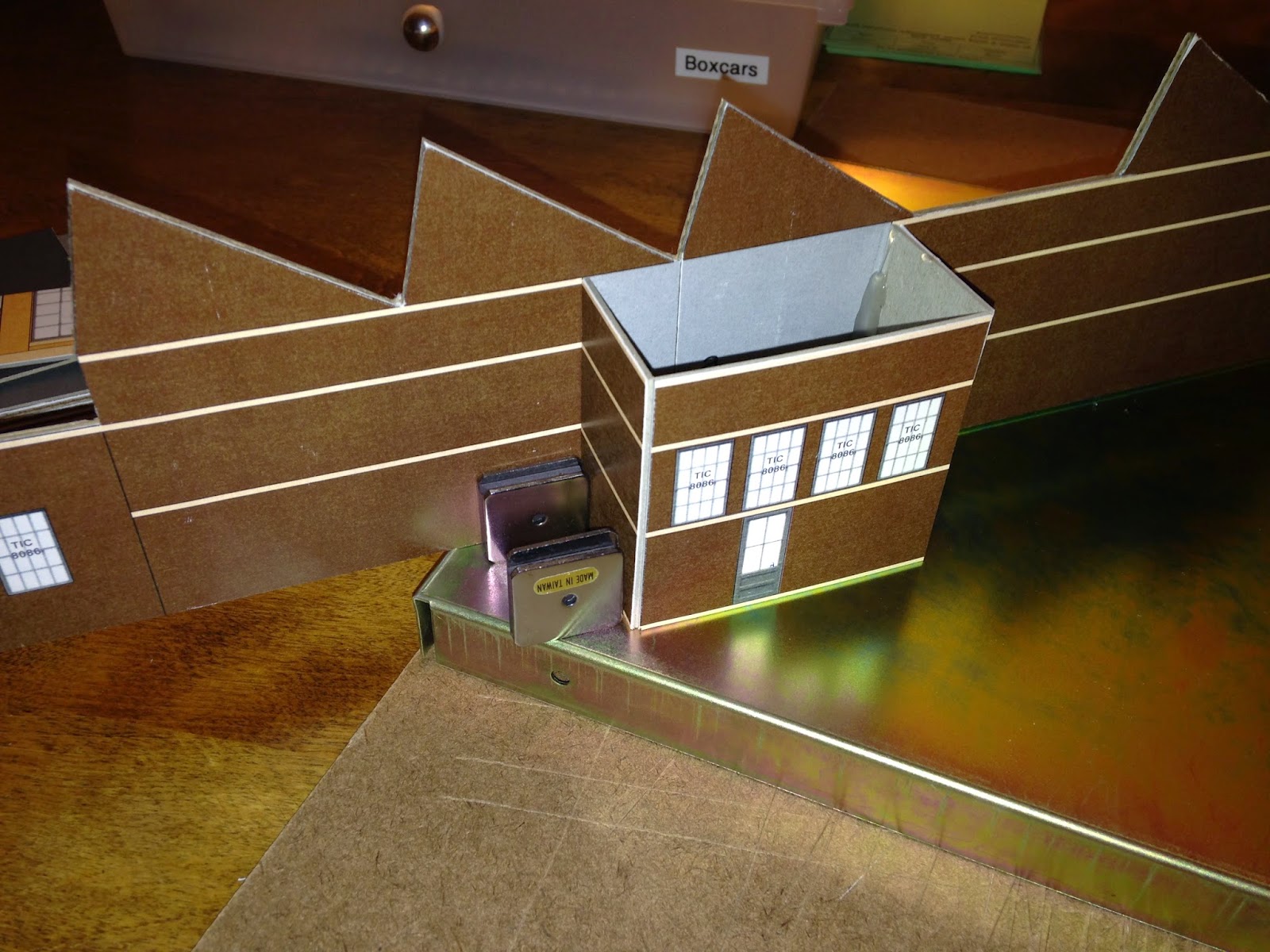 And then had to cut out, fold, and glue on all those roof sections. But the result was well worth it:

It's a shame that all that wonderful detail is trackside and hidden from the aisle. I'm tempted to reverse-print the parts again on paper and cut'em out & glue them to the backside for SOMEthing to look at. But then I remind myself that this is "only" a mockup and I shouldn't spend too much time on it.

But taking photos from trackside is pretty cool - even if they're "rare" (impossible) views: 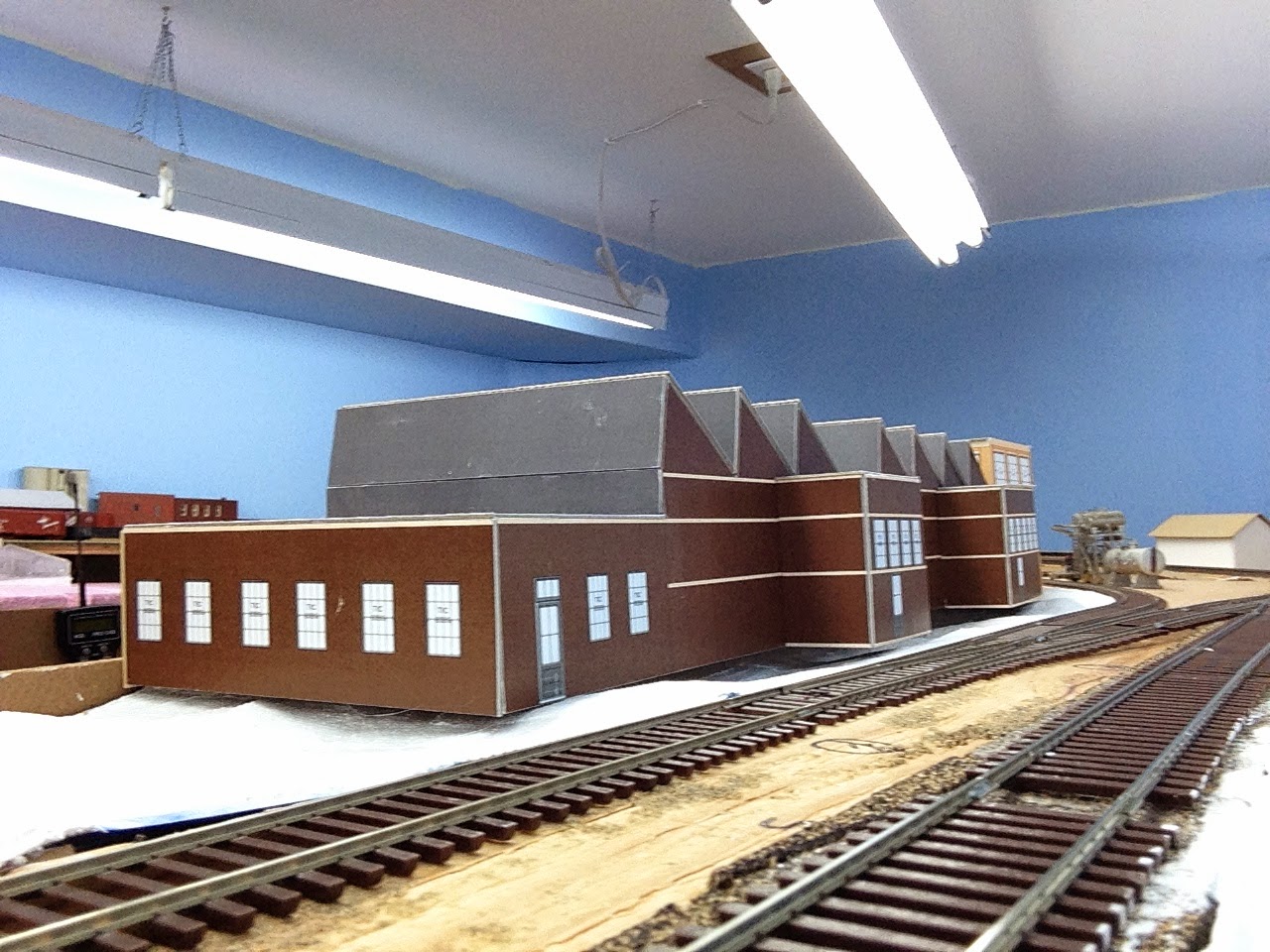 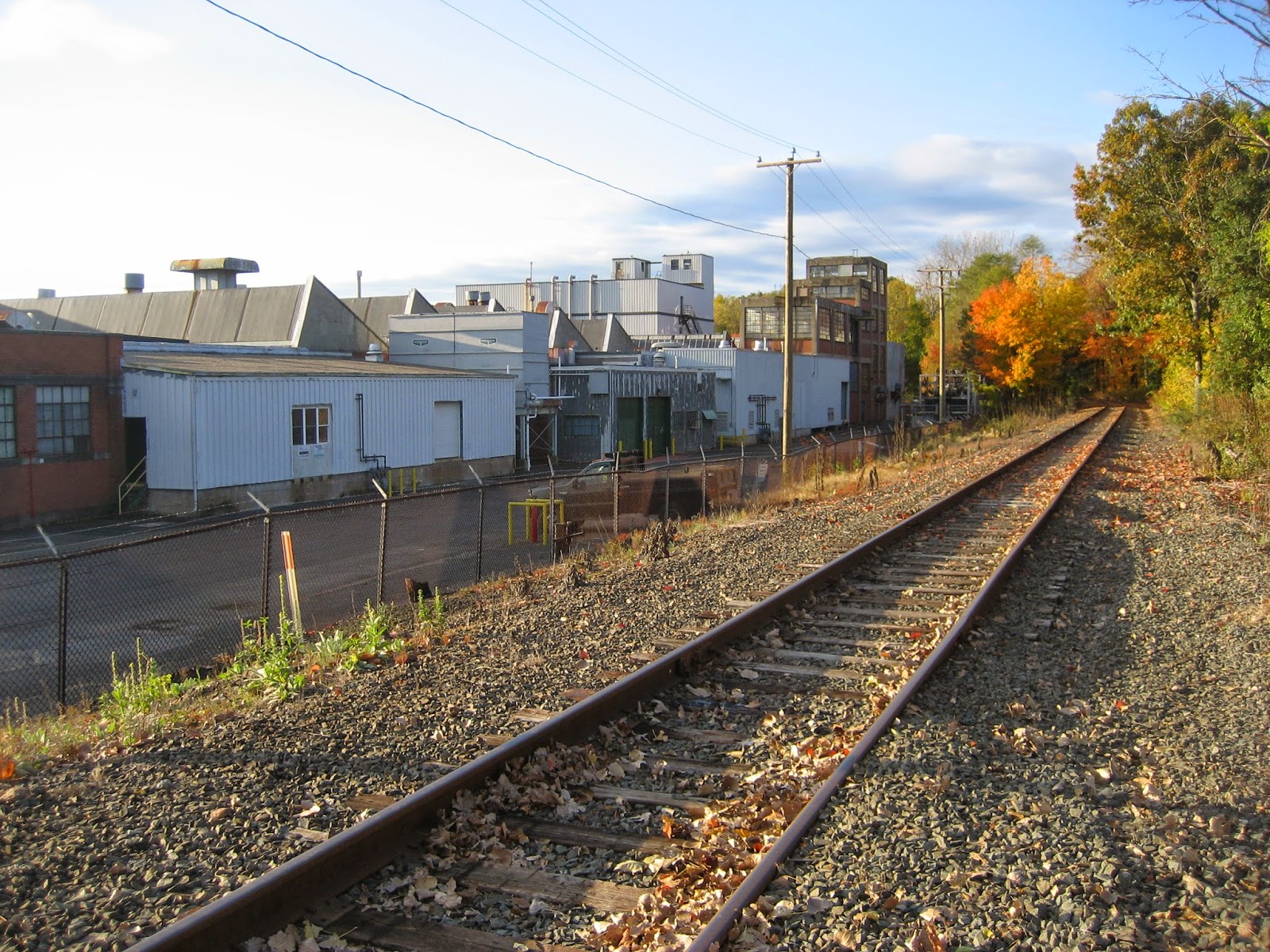 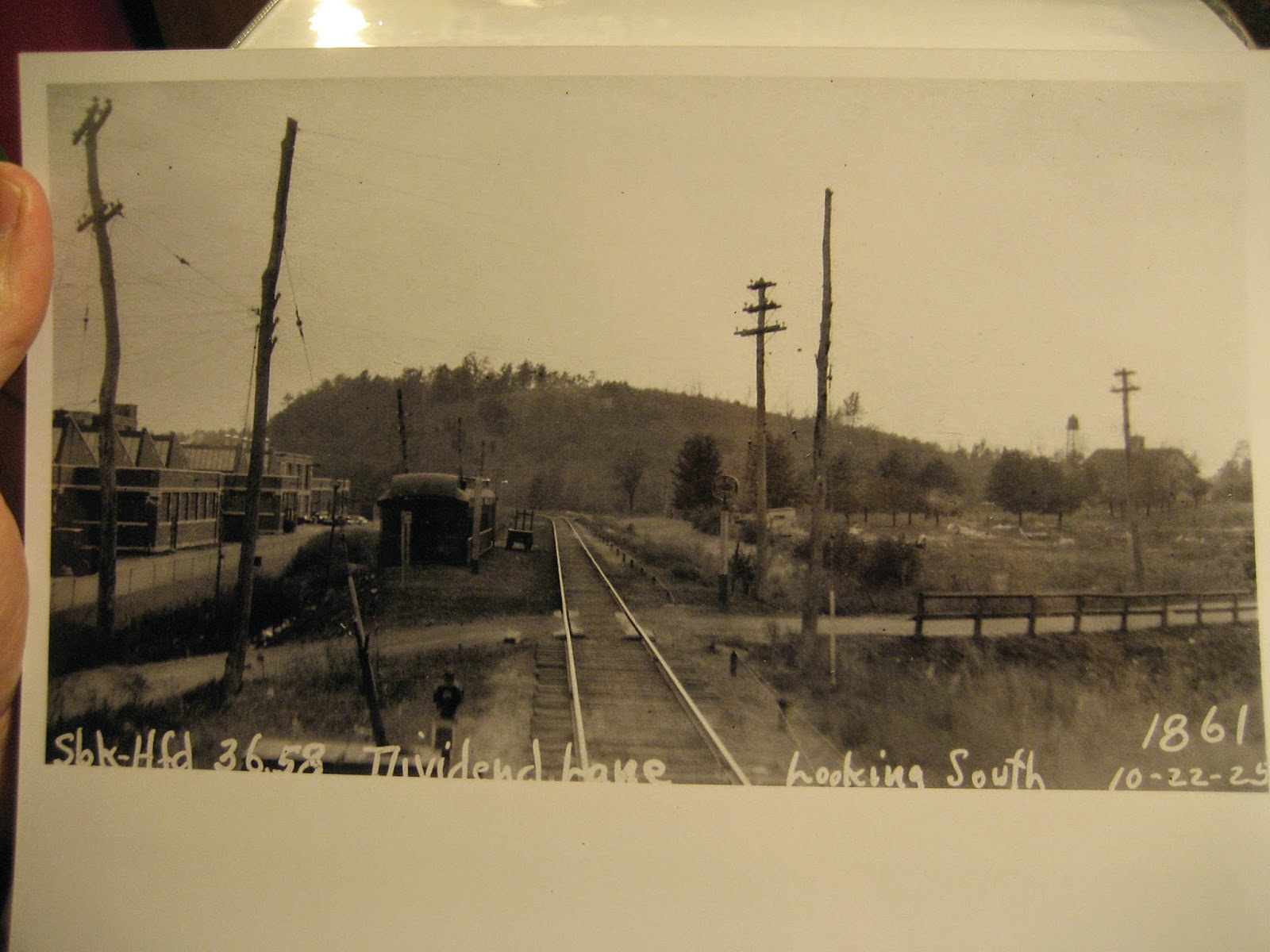