After my last post on painting & lettering the SW1, I realized I forgot a couple of decals - namely, the builder's plate and the "F" on the sides of the frame. 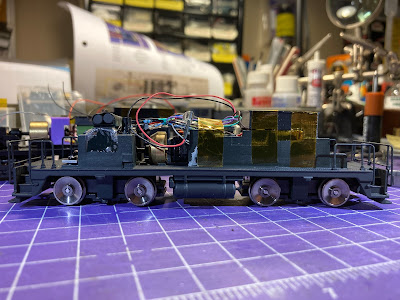 But in my defense, they're not all that visible in my prototype photos, so they were easy to overlook: 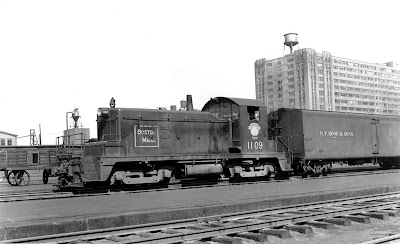 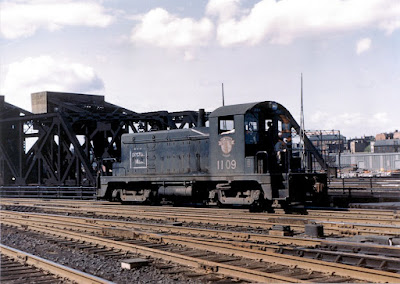 But you can see them in this nice broadside - especially when I highlight them :^) (as always, you can click on an image to enlarge it): 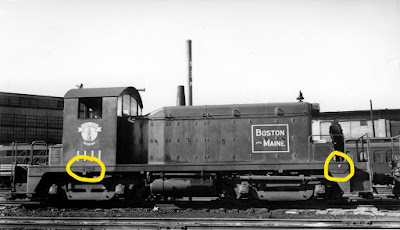 But what about the builder's plate? It's really hard to make out in the photos, so I spent a pleasant hour going down a quick rabbit trail researching EMD SW1 builder's photos. Spoiler Alert: there ain't much out there, but I did find this . . .

. . . which came from the always-so-very-helpful Boston & Maine Railroad Historical Society (the full PDF presentation is actually online here). It's not an SW1 plate from 1939 (when the 1109 was built), but it should be close enough - especially since it's essentially weathered black in all the prototype photos I have.

Next step was to see if I had such a decal on-hand. Thankfully, I do:

I don't know the dimensions of the real-life builder's plate, but the decal measures a scale 6"x18" so I think it'll do.
So, a bit of a fail that I didn't take care of this already before I dullcoted the frame. But here's my plan to save it (thankfully, turns out it shouldn't be all that difficult):
WRT to the "F":
WRT to the Builder's Plate
So stay tuned & we'll see how this all works out . . .
Posted by Chris Adams at 12:30 AM