Admiral Farragut would be proud... 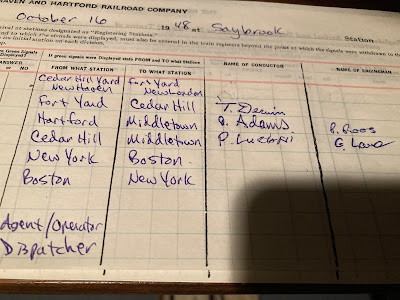 A few weeks back, July 15 to be exact, I held my first operating session since January 23, 2020. Given how long it had been since I've had others operating on the Valley Line, it was intended to be a "shake down" session to see how the railroad has fared over such a long period of inactivity. As such, I should have checked my expectations at the top of the basement stairs. If I had, I probably would have had more fun.

It all started out typically & innocently enough. I did my usual ops session setup (a process I'm really trying to streamline) and invited a small group of my regular crew over to run the trains. One of the nice aspects of my railroad is that I can operate with as few as one or as many as 13 people, so I knew I'd get a session in no matter how many showed up. As it was, I only had to annul the Shore Line trains and the short local (PDX-1), opting to have 2 man crews on the Airline & Valley Locals and just TomD on the westbound Shore Line local (PDX-2).

So far so good.  But then I did what turned out - perhaps - to be the equivalent of poking Fate in the eye . . . I decided all the trains would be steam powered(!)

Yup, three New England Rail Service New Haven Railroad K-class moguls - all brass - ran at the point of the three locals. I've run them all before and they run as beautifully as they look. Bur for some reason, about 30 minutes into the session, they all took turns shorting out the layout. ARGH!

Now, more reasonable folks would have taken that opportunity to remind themselves that this was supposed to be a shake down session - to see what inevitable glitches may have cropped up over the year-and-a-half of idleness - to create a punch list of items to address - to, even perhaps, actually address those items as they cropped up.

But no - not me. With every irritating, incessant beeping of every short circuit indicated, I just became more aggravated and determined to Keep Going At All Costs, trying to WILL the layout into behaving.

Yeah. That didn't work so well.

Thankfully, my crew is not only good humored and patient, but it turned out they had much more reasonable expectations of the session than I did. And, as a result of cooler heads prevailing, I got the punch list I'd sought by scheduling the session in the first place (and that I, apparently, subconsciously sought to avoid by plowing ahead):

On that last point, I've been surprised to discover that I actually don't have enough appropriate diesels to run a full session(!) I have DL-109s (New Haven class DER-1) up the ying yang for all the Shore Line trains, but precious little internal combustion for the local freights. In 1948/49, the locals were powered primarily by DEY-3 and 5 class switchers (Alco S-1s and 2s). Unfortunately (depending on your perspective), the New Haven's Alco S-1s and 2s had a special low-profile cab.
Fortunately, my friend MikeR has created a kit for that unique cab, and my friend JoeS has blazed the trail in building one (and shared his process with us all). 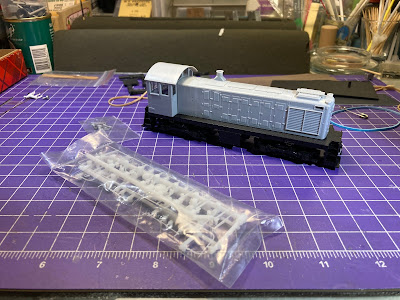 So, I have an undec Atlas S-2 on my bench, ready to be converted into NH DEY-5 #0604, and a Proto2000 undec S-1 waiting for a decoder and Scale Sound Systems speaker (been dying to try one out) before being converted into the Valley Local's #0967.
Though it's on my bench, the 0604 may have to wait until I straighten out her teakettle sisters. If you have any thoughts/suggestions after watching these videos, be sure to let me know in the comments. In the meantime, I'm planning the next shake-down session - and planning on keeping my expectations in check.