Every other year I miss the local ProtoMeet due to work. And unfortunately this is that year.

So, in lieu of seeing all the cool clinics and model displays at the 'meet this weekend, I offer what I did a couple weeks ago today - visited Bill Maguire's layout.

Bill is one of those "lone wolf" modelers who you sometimes hear about, but often miss seeing their work. And the kicker is, their work is usually exquisite - which makes their "lone wolfness" all the more disappointing for those who never get to see it.

I first met Bill when he attended one of my open houses a few years back and I had heard that he had an impressive layout which included models of a lot of prototype buildings from the area (though the layout itself is freelanced). I'd been wanting to wrangle a visit for some time, so when my friend Greg arranged an invitation, I was sure to jump on it.

So, with permission, I get to share with you some of the photos I took that day - including some really impressive structures.

When you first walk into the room, and under a duckunder, you turn left 90 degrees and see this view: 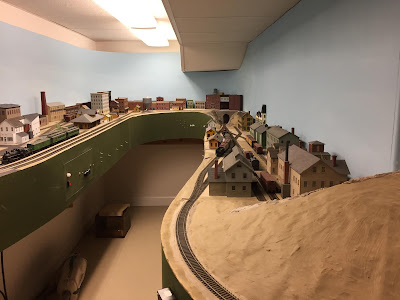 The layout is basically point-to-point with stacked staging loops at each end. In the far right corner, you can see the mainline as it comes out of the upper and lower staging loops. The left and right sides of the aisle are the ends of the modeled portions of the railroad - a city scene on the left and a mill town scene on the right. 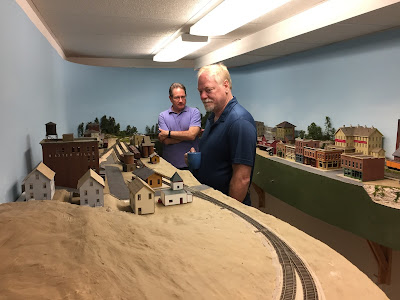 Turning back right 90 degrees, you continue around the end of the blob/peninsula and come into the other half of the layout. The mainline continues around the blob and up past Bob and BillS. 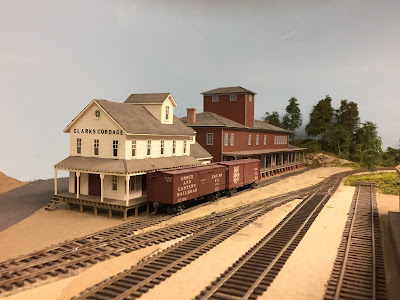 At the end of that left side of the aisle, you get to a couple of my favorite buildings on the layout - including a scale model of the Dickinson Witch Hazel warehouse from Essex, CT. Check out the prototype here: 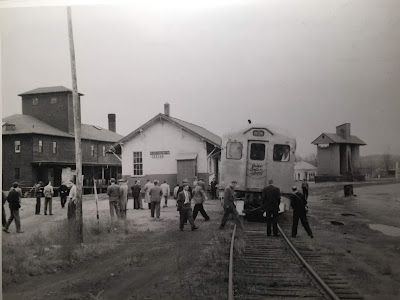 Continuing on our tour to the end of the aisle, here's one of the completely-scenicked scenes featuring a beautiful wood trestle: 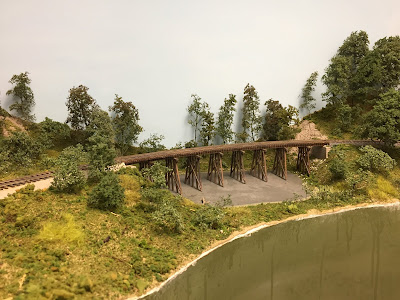 As we continue right around the end of the aisle, we come to another small mill town, featuring more impressive structures (and, as far as I can tell, all completely scratchbuilt!): 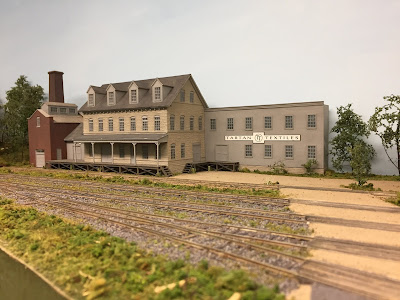 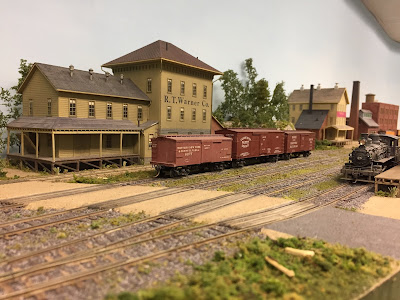 For this next shot, I've moved back to the end of the peninsula and shot an overall view of the south(?)/right end of that wall. By reference, you can see the tall stack in the picture above and in the pic below... 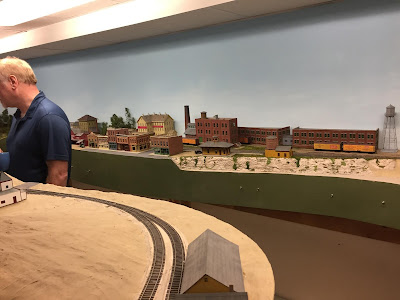 If you turn, say, 45 degrees to the right from the perspective above, your eyes alight on another highlight structure: 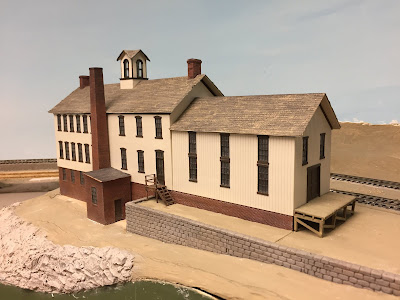 This one is based on the J.A. Smith Manufacturing Co. in Deep River, CT. See prototype photo below: 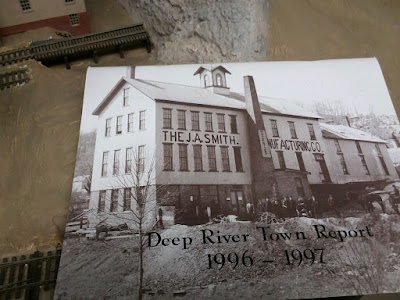 Like the Dickinson building, this structure is also still around today serving as a popular venue for weddings and such. 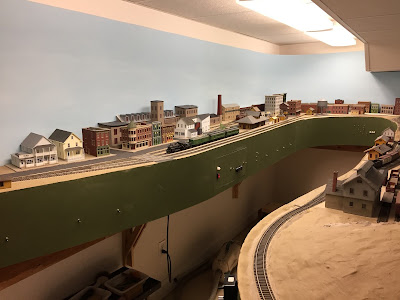 Ending near where we began, we turn about 180 degrees from the last shot and see an overview photo of the city scene. And here are some closer views... 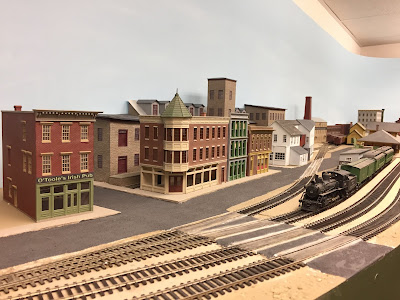 I'm so glad I finally got to visit Bill's layout, but I have to admit the visit was bittersweet. His layout has since been dismantled in anticipation of an upcoming move. But the good news is that - due to Bill's wonderful generosity and willingness to share his modeling with us, all of his structures have been preserved and will see future service on other layouts - including The Valley Line (you may already be able to guess which buildings I had my eye on :^)

So stay tuned!
Posted by Chris Adams at 2:19 PM