It's been a crazy week. My dad had a heart attack on Tuesday and a quadruple bypass the next day. And I flew down to Tennessee early Wednesday morning. I'd hoped I could get there before he went into surgery, but even in this modern age it took forever to get down there - or at least it seemed that way. But I was there when he woke up. And I am very happy to report that the surgery went well, no complications, and he's recovering. There's a long road ahead, but the road ahead looks so much better than it did last Tuesday/Wednesday. The hospital he's at is in Cookeville, TN and I'm very impressed with the expertise and care dad's received there. They've won multiple awards for cardiac care, so I know he's in good hands, but please keep him in your thoughts and prayers - and my mom too: Dad isn't such a patient patient. . .

Suffice it to say, I much prefer Dad Ops to a Dad Op(eration)!

While I was there, I also discovered that the hospital isn't too far from the mainline of the Nashville & Eastern (I heard the tell-tale grade crossing horns one afternoon). So when we (my brother Jeff and I) went out to run a couple errands one day, we happened to see the local doing some switching. Since this is a railroad-related blog, I'll sign off for now with some photos and a video. I wish dad had been able to join me and Jeff on our little impromptu railfanning, but I look forward to some other time - hopefully in the not-too-distant future - when we can all get together again under much better circumstances. 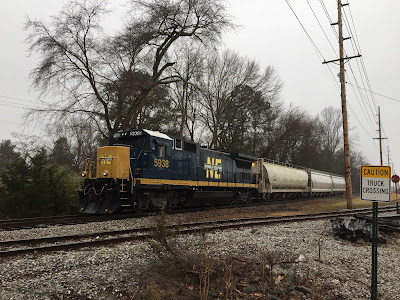 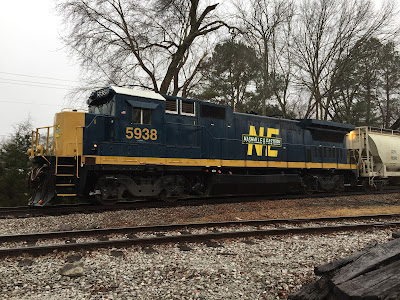 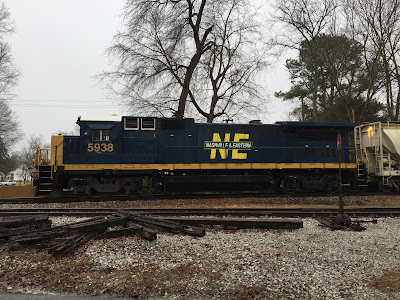