Do you know the way to Monterey? (and Nashville)

Continuing our whirlwind tour of RR-related places we discovered during our family visit down South...

We decided to head over to Nashville next - the Missus wanted to see Cheekwood Gardens and I figured, if nothing else, the passenger station might still be around to see (not to mention maybe some freight yards). As luck would have it, along the way we saw a sign for "Monterey Railroad Museum" and got off the highway for a few minutes...


While talking to the very friendly and informative folks at the station/museum, I discovered that Monterey is currently the end-of-the-line from Nashville - and the line only comes up this far in order to serve a quarry just outside of town (using that old coal branch). The line was upgraded a few years back in anticipation of a booming economy that would require daily trains. Alas, the bottom fell out of those plans and now the line is served on average about once per week - usually on Tuesdays. And we were there on a Wednesday.

But as luck would have it, not only did the sun come out to brighten an otherwise dreary day, but the Nashville & Eastern (current operator of the line) came out to service the mine on an off (for them) day!


Talk about lucky! Sorry the videos got cut off a bit. One of the hazards of using my phone exclusively for video and photos (shame on me!) is that I have to be careful with storage space. So I was being a little bit (too) frugal on the footage.

After our little sidetrip (which took a good deal longer than first expected, but for good reason!), I figured I'd had my fun for the day. But there was more to come!

The weather had been pretty sketchy so far that day and when we got to Nashville and the torrent opened up, we feared our visit to the gardens would be a washout. We weathered the storm at Nashville's famous Pancake Pantry (holy-varieties-of-pancakes, batman!) and by the time we'd finished, the sky had cleared.

The gardens and grounds were amazing (not to mention the house, which was built by the Folger's coffee family - "Good to the Last Drop" indeed!), but since this is a railroad blog, you'll want to see what you get when you combine gardens with railroads. You guessed it! A Garden Railroad! 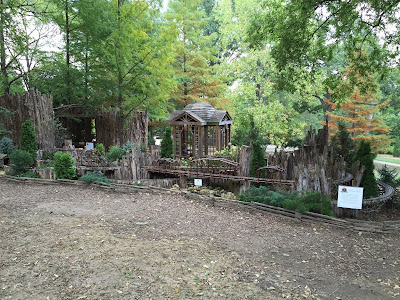 But as you can see in the photos, this isn't your typical garden railroad... 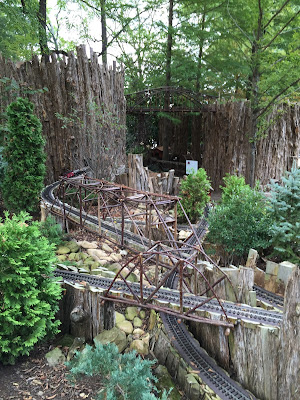 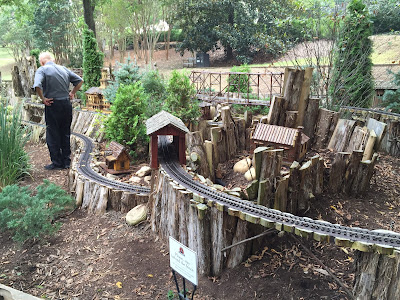 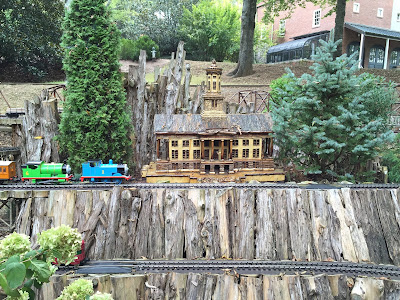 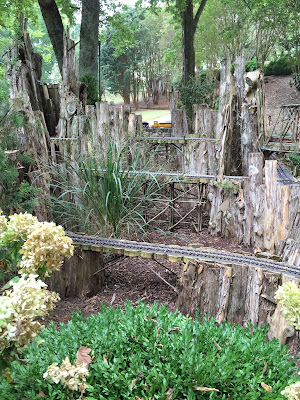 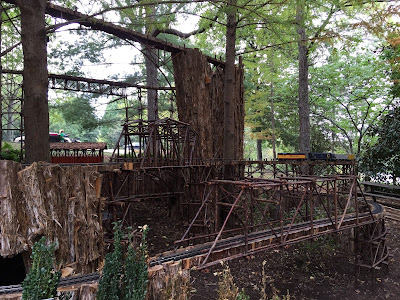 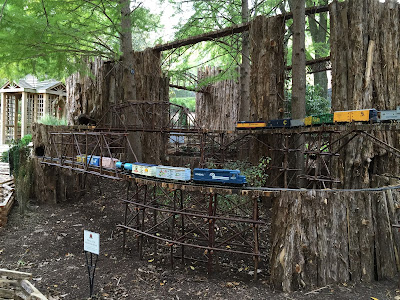 Everything's made with natural indigenous materials and I'm told all the buildings depict actual prototype buildings of significance in Tennessee. I could have sat mesmerized, watching the trains for hours. But there was a lot more to see of the grounds and house - and we wanted to see the Nashville Union Station before it got dark . . . 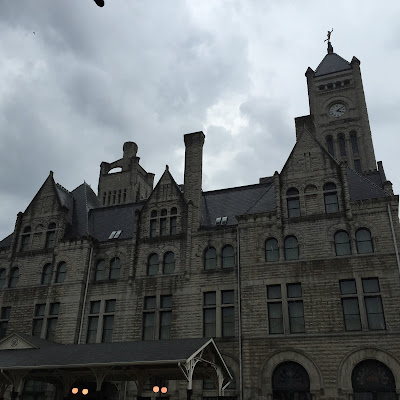 Considering the time, I was actually going to pass on seeing the station this trip - but that was before the Missus had gotten on the 'net and told me a bit about what to expect. Apparently, the station had been remodeled and repurposed into a luxury hotel. The pics show how beautiful a facility it is today - and a true reflection of its as-built grandeur! 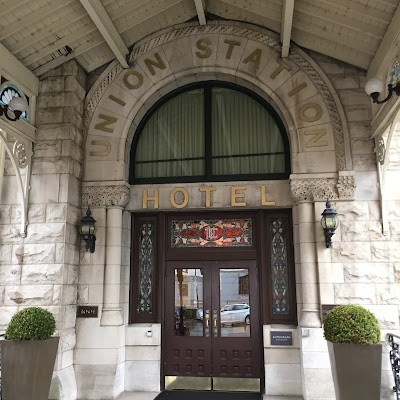 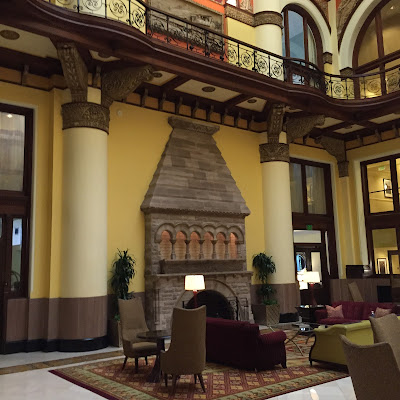 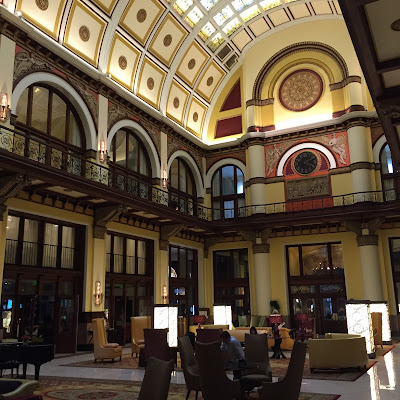 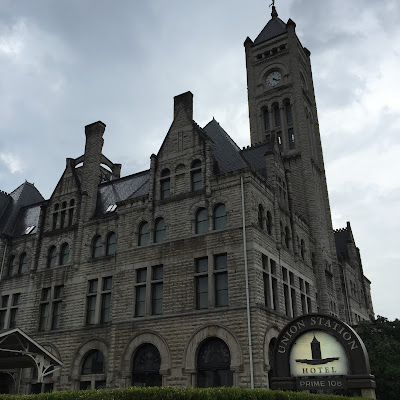 With nighfall fast approaching - and wanting to get back to my parents' place in time for dinner, we got Siri to get us out of town as quick as possible - despite the fact it was now rush hour (forgot it was a weekday - funny how vacation can cause you to lose track of time). But on our way out, we made a note of one thing we'll I'll definitely want to see next time we visit . . .

You've heard the saying "a river runs through it" - well, in the case of many of the towns we saw during our trip, The Tennessee Central Railroad runs through it them. Not only did it go through my parents' town of Crossville, but went through Cookeville as well - two towns we'll visit in the next post...
Posted by Chris Adams at 11:39 AM