I mentioned in a recent post that Rapido is coming out with authentic New Haven Railroad (and Rutland RR, and many-other-railroads) specific operating switchstands. Well, I took the sample Bill left and put it on some actual headblocks, rather than just having it stuck in the plaster cloth. I think you'll agree that it looks pretty awesome... 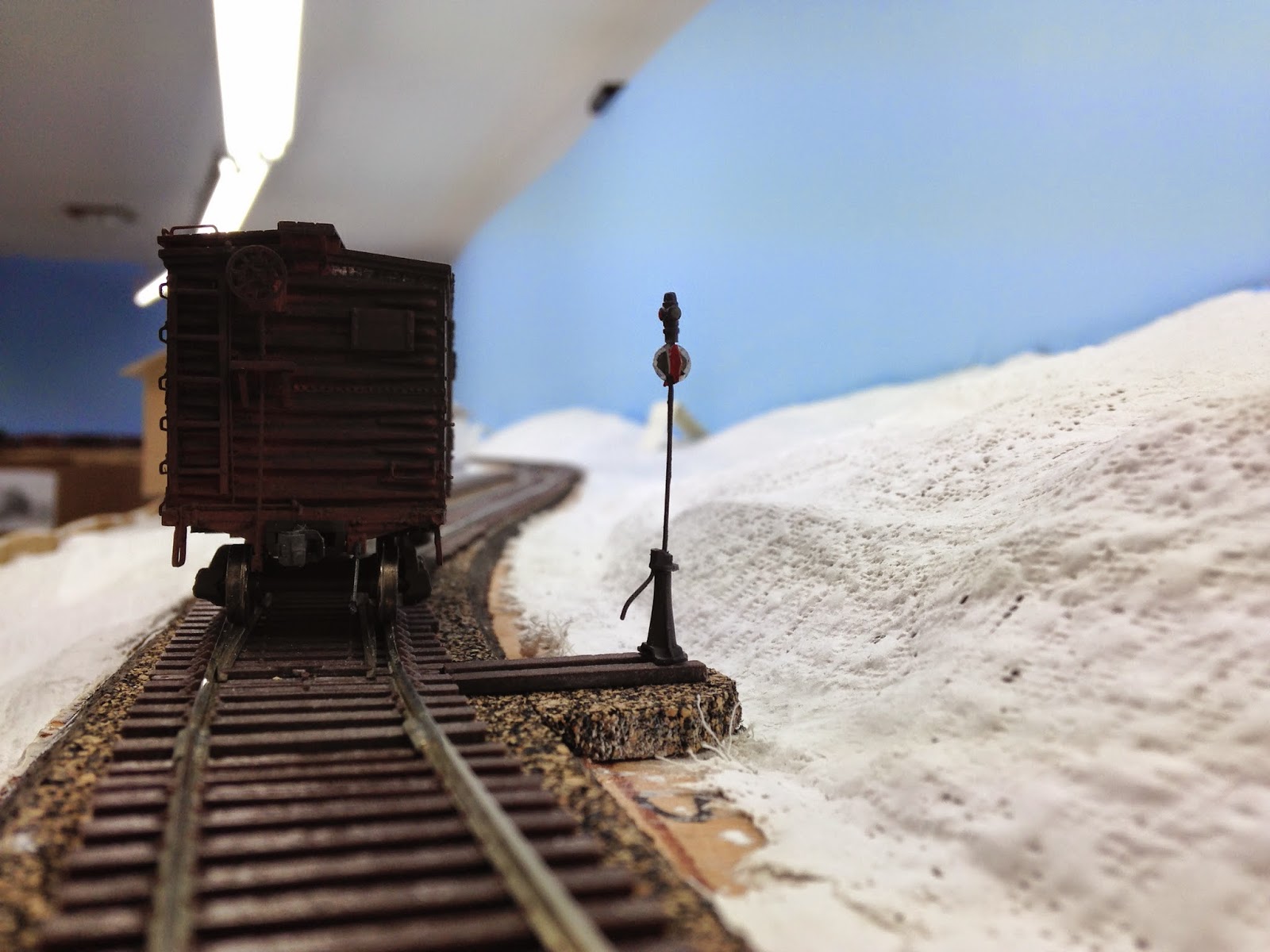 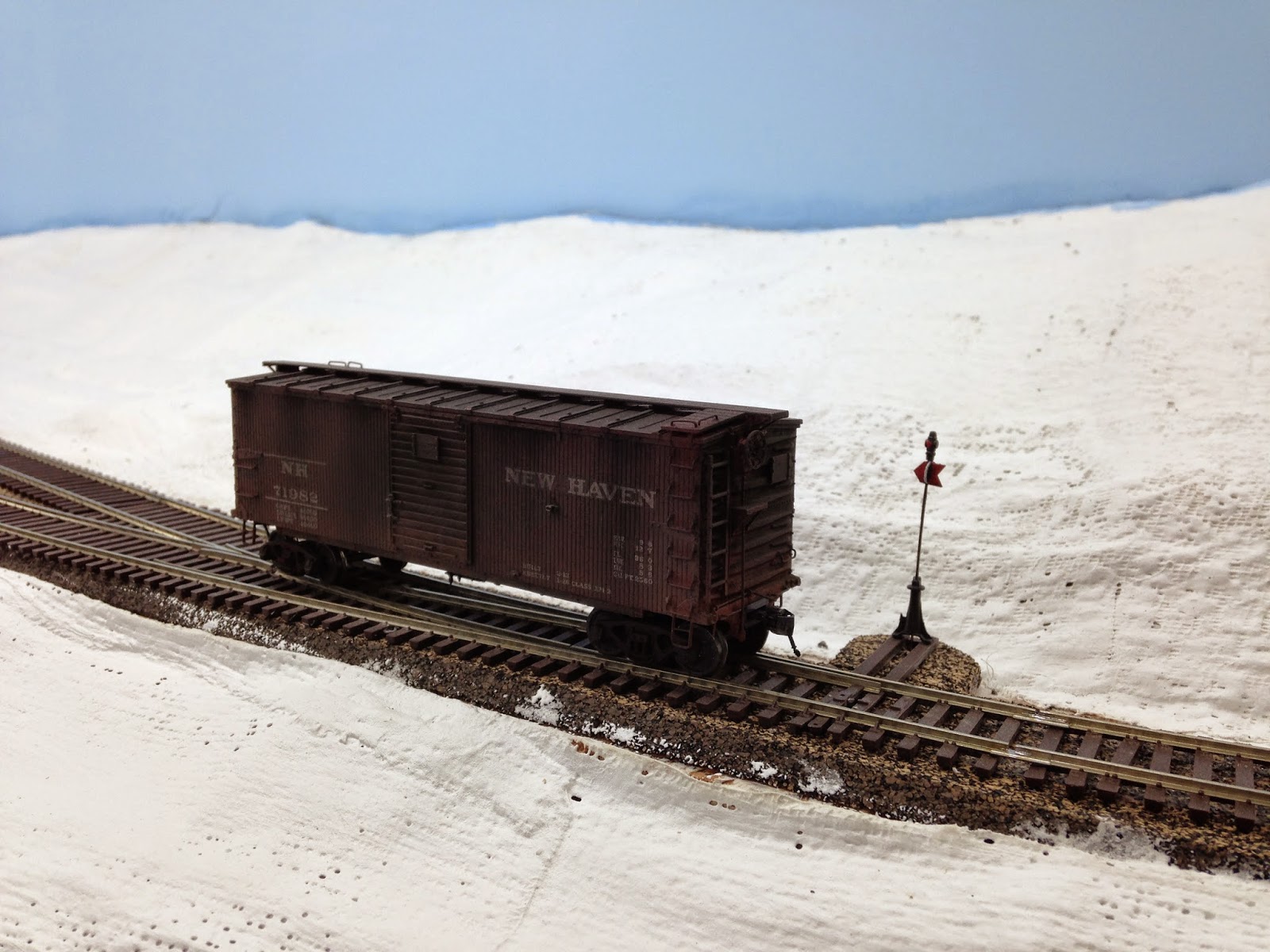 Yes, these actually operate. The wire that the target & lamp are mounted on goes all the way through the cork & subroadbed to be actuated by an under-the-table switch machine. And the targets and lever actually move(!).

Now, since this switchstand isn't actually mine, I came up with a method for attaching it temporarily - and discovered that this method would probably work as a permanent solution so you can remove it easily for maintenance/repair if necessary.

First off, I'm using Micro-Engineering turnouts. They come with headblocks which you glue to the ends of the ties. The mounting pins on the bottom of the switchstand are .060" apart and will press-fit into #68 holes that you drill near the end of the headblocks, allowing the wire will go down just inside the spacer that you leave at the end. I drilled a 1/8" hole down through the cork and the subroadbed for the wire.

So everything's just press fit and easily removable - you know, in case I can't get Bill to forget it's here...

Check out Rapidotrains.com for more information - these things are really cool and really add a lot of realism, not to mention being an awesome detail in its own right.
Posted by Chris Adams at 12:00 AM