After adding the final details (except for the lantern, which is on its way), I just had some final weathering to do. 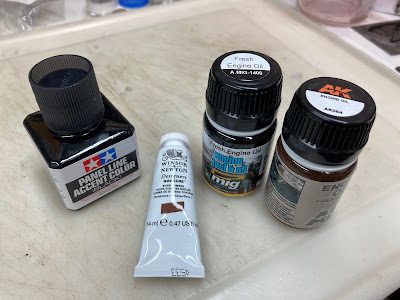 Here are the steps I took:

Thanks again to The Mudfather for his extensive weathering advice & guidance, including all the final finishes noted above (except, notably, the Pan Pastel - which he most certainly would not have recommended :)
Once the final weathering was done, it was time to remove the masking tape, add a crew, and put everything back together! 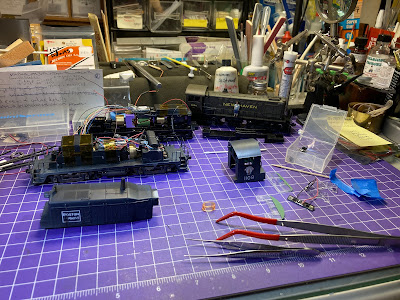 I've really come to love the Walthers model. It just comes apart and goes back together so easily - thankfully! After removing the masking tape from the windows, I had to reinstall the glass, then glue the rear light mount back to the top/inside of the cab roof, press fit the rear light contact board to the cab, and route the wires/light back to the housing.
All along, I wanted to try and include a crew, but the Keep Alive takes up a lot of the cab space. Thankfully, it doesn't rise above the windows, so I figured I'd do a little surgery and see what I could come up with . . . 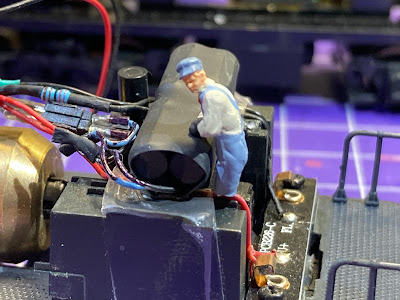 I searched through my stash of crew members and found a couple that I could get to fit. 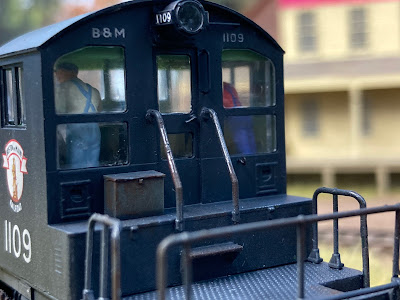 They're not super easy to see, but you notice if they aren't there and they sure to add a lot to the interior (and incidentally help to disguise the KA).
Once the crew were added (affixed in place with wax candle adhesive - I'll use thick CA if they start to come loose...), all I had left to do was insert the front light into the housing, put the hood on, then the cab, and FINALLY put it on the layout!
Enjoy the "finish photos" and the video - I hope to have more detail shots (and a much better video) in a future post (and remember, you can always click on the image for a larger view) . . . 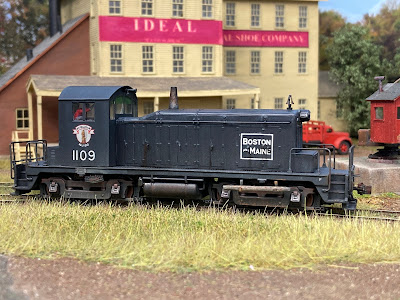 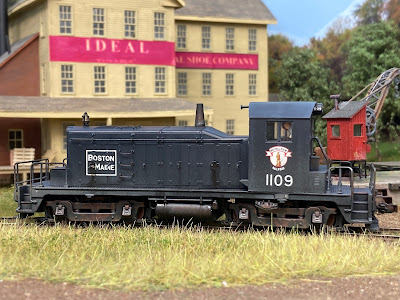 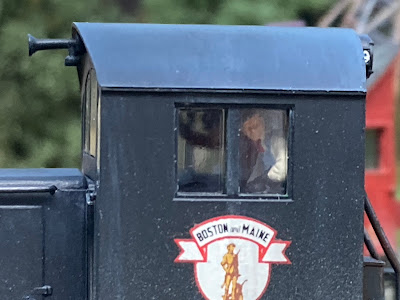 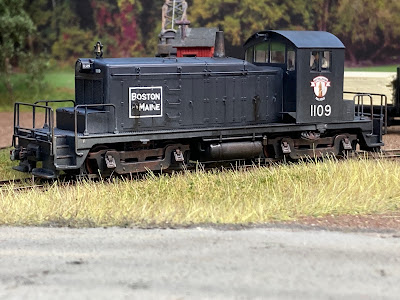 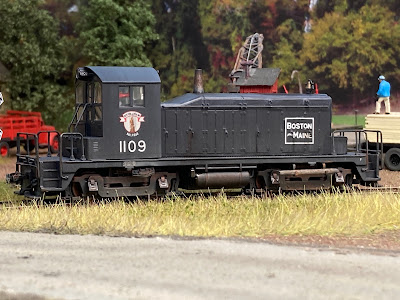 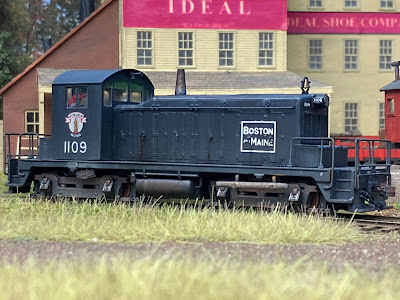 From the first time I even considered modeling the 1109 way back in the fall of 2021, this project has been a group effort. While I may have been the one to do the "work," many have made this final product possible and deserve many thanks:
Being a New Haven modeler, I never considered the 1109 as anything more than "just" a "leased" loco (so why do it at all? click here for that story), so I figured it'd be a good project to practice on and develop some new skills. No risk of screwing up one of my NHRR locos . . .
But as the project evolved, and more folks became involved, the 1109 became so much more - and I don't mind saying that it's become my favorite diesel. And I've definitely learned many new skills that I'm looking forward to using on future projects!
Now that this loco is done, I really need to get back to the layout. There's only a few weeks left until the Big Springfield show and it'd be great to get some scenery down in Essex before then. Onward!
Posted by Chris Adams at 12:30 AM